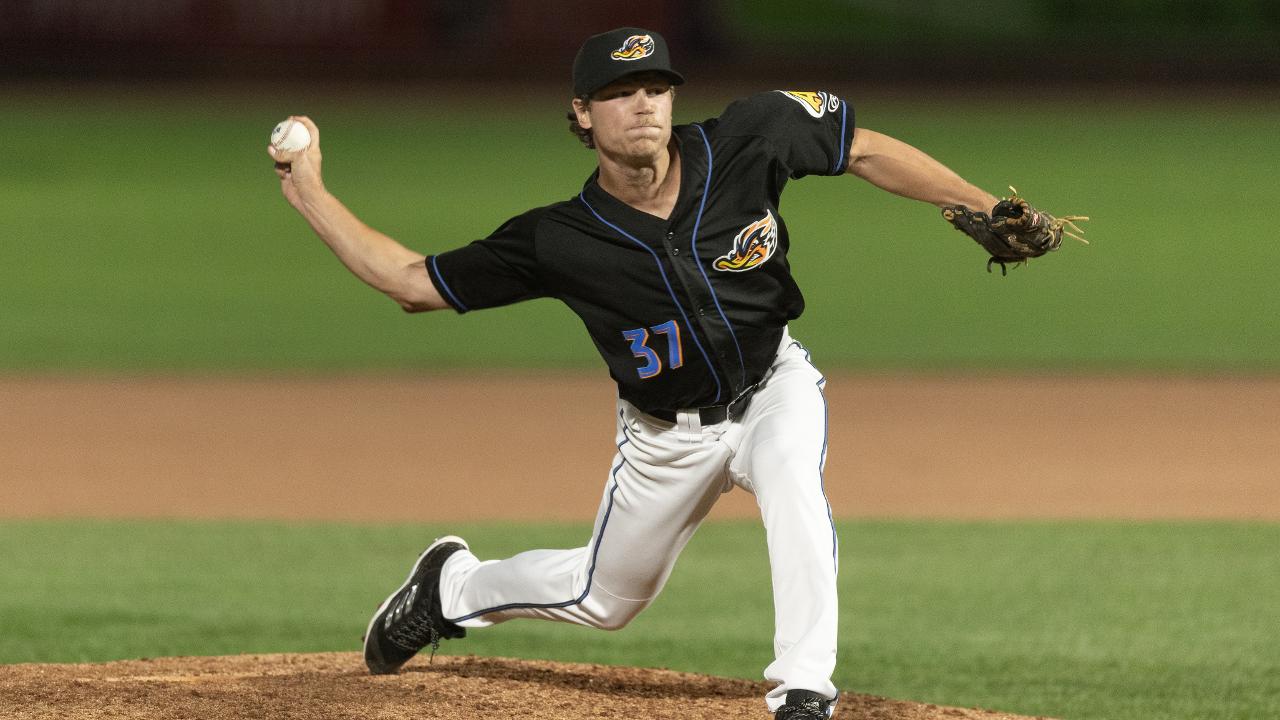 Former Akron RubberDucks left-hander Sean Brady (5-12), released by the Cleveland Indians earlier this season, held his former club to one run in seven innings, and the Altoona Curve scored eight unanswered runs over the third through fifth innings on the way to an 8-1 victory and third straight win at Peoples Natural Gas Field on Wednesday night.

The RubberDucks held a 1-0 lead entering the bottom of the third inning, when shortstop Oneil Cruz hit a one-out infield single, and left-hander Adam Scott (4-5) walked the next two batters. After designated hitter Logan Hill flied out to right field with the bases loaded, first baseman Jerrick Suiter hit an 0-2 pitch for a two-out, two-run single to left field that gave Altoona the lead. Right fielder Bralin Jackson added an RBI single to left field to make it 3-1. The RubberDucks never put the tying run on base for the rest of the game.

The RubberDucks took their first lead of the series in the second inning. Designated hitter Trenton Brooks hit a leadoff single to right field. First baseman Nellie Rodriguez hit a one-out single to left field, and second baseman Alexis Pantoja hit an RBI single to right field. A walk loaded the bases before Brady got a strikeout and flyout to end the inning.

Broom has pitched eight straight scoreless outings (12 1/3 innings) and has a 0.76 ERA (3 ER in 35 2/3 innings) in the Eastern League…Brady is 1-1 in two starts against his former organization this season…Akron's run snapped a scoreless drought of 23 innings, matching its longest this season…Altoona leads the season series, 13-4, and was the last team to sweep a four-game series over Akron (April 4-7 opening series at Canal Park)…Time of game: 2:35…Attendance: 3,850.

The RubberDucks conclude their series in Altoona at 6:00 p.m. EDT Thursday. Akron LHP Sam Hentges (2-12, 5.28) is scheduled to face Curve LHP Cam Vieaux (3-4, 2.47). The game broadcast, powered by FirstEnergy, is on Fox Sports 1350 AM, the WARF iHeartRadio channel, and the TuneIn Radio App, and available on MiLB.TV. Tickets for RubberDucks home games are available at akronrubberducks.com/tickets.