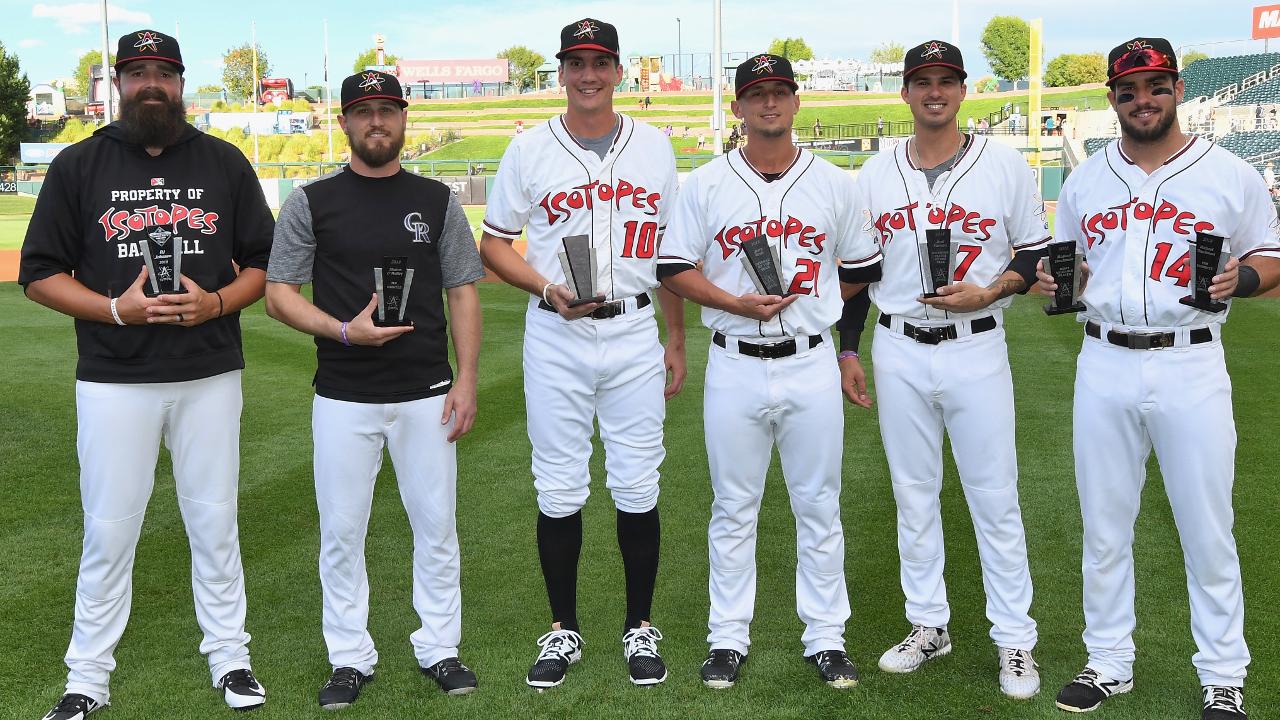 JENNIFER RIORDAN COMMUNITY AWARD:  In April, tragedy befell Albuquerque when an accident aboard a Southwest Airlines flight took the life of Jennifer Riordan. Jennifer was a fixture in the Albuquerque community and was a long-time supporter of the Isotopes, both as a corporate partner and as a mother of a baseball family who loved coming to games at Isotopes Park. As a show of love and respect to Jennifer, the Isotopes annual Most Community-Minded Player Award has been renamed in her honor as the Jennifer Riordan Community Award. Like Jennifer, the Isotopes are very much a part of the Albuquerque community and players often make several appearances at hospitals, schools, libraries, and other special events throughout the year. This season, DJ Johnson was voted by the Isotopes Front Office as the recipient of the Jennifer Riordan Community Award for his contributions to the community throughout the season.

MR. HUSTLE: The 2018 Mr. Hustle Award goes to Shawn O'Malley.   The 30-year-old was one of the Isotopes most flexible players this season. O'Malley always came through for his club whether it meant leading off a game, stealing a base, coming in off the bench, dropping down a bunt or playing a multitude of positions in the field.

POWER HITTER OF THE YEAR: After mashing a team-high 23 home runs this season and becoming the franchise's all-time home run king, Jordan Patterson was voted Power Hitter of the Year by his teammates.

PITCHER OF THE YEAR: As consistent as they come from out of the bullpen, Jerry Vasto was one of the most relied upon relievers this season for Albuquerque. The southpaw has compiled a 3.00 ERA (12er/36.0ip) in 36 games for the Isotopes this season. He also received his first call to the Majors in 2018, making his Major League debut on June 10.

DEFENSIVE PLAYER OF THE YEAR: With quick reaction times, a dazzling glove and a strong arm, Josh Fuentes was as solid as they come defensively for the Isotopes and at the hot corner in the PCL. The 25-year-old leads the league with a .964 fielding percentage at third base, committing just 10 errors in 105 games at the position. For these reasons, he was voted by his teammates as the Defensive Player of the Year.

FAN FAVORITE & MOST VALUABLE PLAYER: After another stellar season of spectacular defense and offensive consistency, the Isotopes Most Valuable Player for the 2018 season is Mike Tauchman. While his teammates voted him the club's MVP, the fans also voted Tauchman their 2018 Fan Favorite. The 27-year-old is among the league leaders in slugging percentage (.576 - 2nd), on-base percentage (.411 - 4th) and batting average (.327 - 5th). Tauchman is just the second Isotope to be named back-to-back team MVP (Jason Wood, 2005-06).