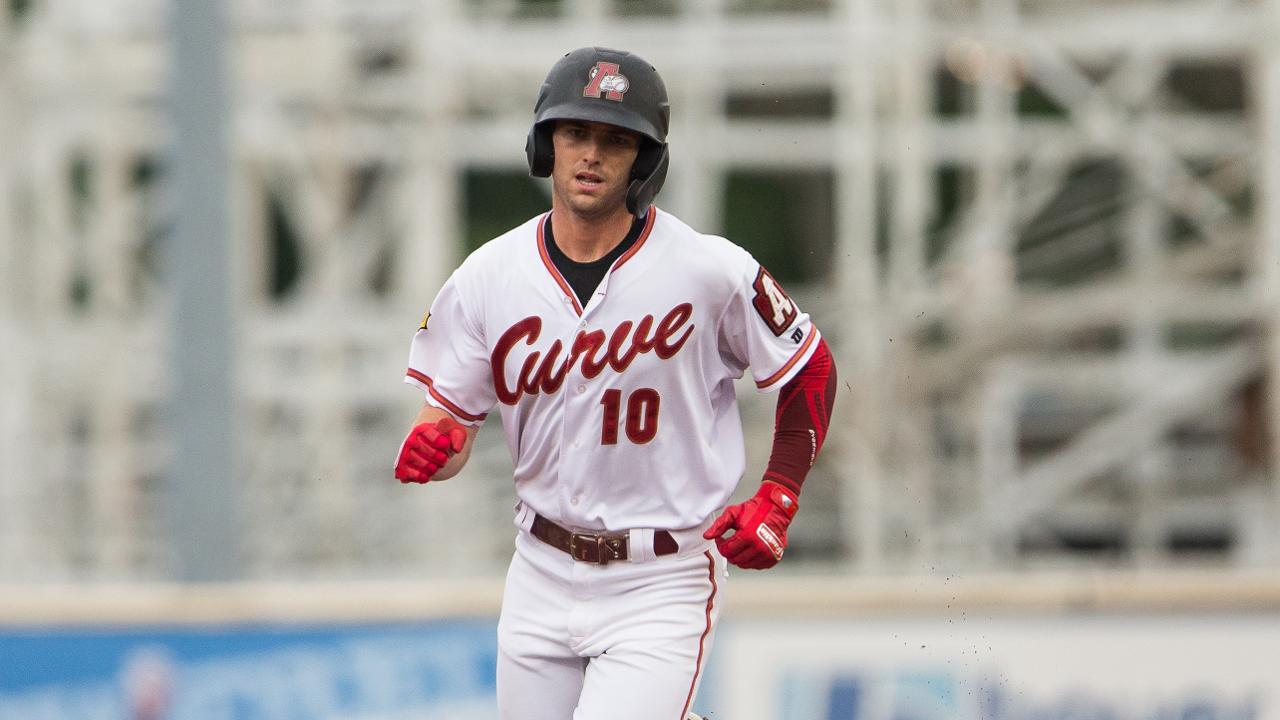 CURVE, Pa. -- The Altoona Curve rode an offensive explosion to an 8-1 win over the Akron RubberDucks on Wednesday at Peoples Natural Gas Field in the 500th victory of Michael Ryan's managerial career.

Down 1-0 in the third, Altoona responded with three runs off Akron starter Adam Scott (Loss, 4-5). The Curve loaded the bases on a single and two walks, then with two outs Jerrick Suiter ripped a go-ahead, two-run single to left. Bralin Jackson followed with an RBI single to left, which knocked Scott out of the game. The left-hander lasted just 2.2 innings and allowed three runs on five hits and three walks.

That was just the beginning for the Curve. Chris Sharpe extended the lead to 5-1 in the fourth with a two-run homer to left off RubberDucks reliever Ben Krauth. The outburst continued in the fifth as Altoona tacked on three more runs off MLB rehabber Danny Salazar. Adrian Valerio smoked an RBI double over Oscar Gonzalez' head in right, another run scored on a wild pitch and Oneil Cruz finished the rally with an RBI single to put the Curve ahead, 8-1.

All nine starters for the Curve reached base safely and combined for nine hits and eight walks. Suiter, Jackson and Cruz each had two hits while Jackson, Cruz and Sharpe all reached base three times.

Fresh off a nine-inning, complete-game shutout on Friday in Bowie, Sean Brady (Win, 5-12) held the 'Ducks to one run in seven innings, including five straight scoreless frames to end his outing. He struck out three and walked one in his first home win of the season. Brady gave up Akron's only run of the game in the second inning on an RBI single from Alexis Pantoja. The left-hander allowed three hits and a walk in the frame but settled in and limited the 'Ducks to three base runners after that.

Elvis Escobar took over for Brady in the eighth and logged a perfect inning with two strikeouts. Nick Mears pitched the ninth and after a leadoff walk, he struck out the next three batters to end the game.

Gates for Thursday's game will open for fans at 5 p.m. Be sure to stick around for Kid Rock themed, postgame FIREWORKS to close out the Curve's 2019 home schedule. Come hungry and thirsty, too, as it's Thirstday at the ballpark with Bug Light drafts and regular sized sodas for $2, plus $1 Juniata Brand by Kunzler hot dogs, presented by Q94. For tickets or more information about upcoming promotions, visit AltoonaCurve.com, call 877.99.CURVE or stop by the PNG Field box office. Additionally, the Stockyard Team Store is open Monday-Friday from 9 a.m. to 5 p.m., during every home game and online 24/7/365.