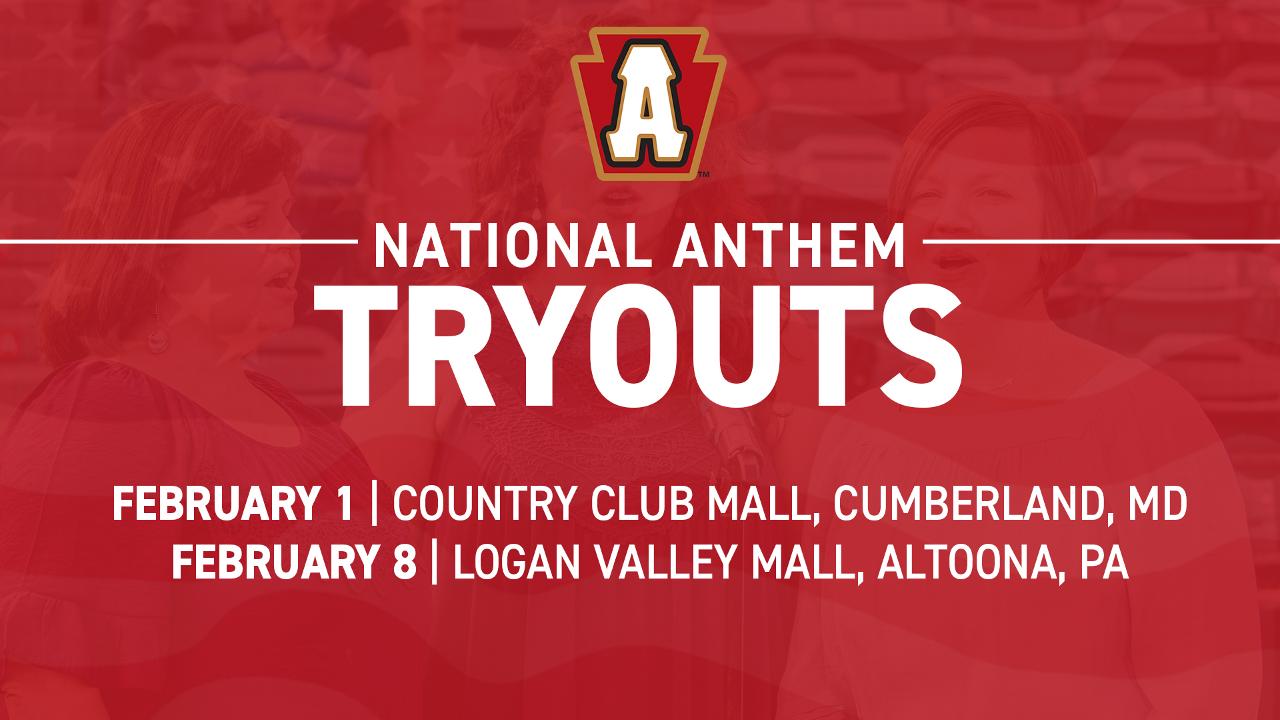 CURVE, Pa. - The Altoona Curve will hold open auditions for National Anthem performers at Country Club Mall in Cumberland, Md. on February 1 and Altoona's Logan Valley Mall on February 8, the team announced on Thursday. Both tryout sessions begin with registration at 9:30 a.m. followed by singing from 10 a.m. until noon.

Individual singers or groups that wish to audition have the choice to perform "The Star Spangled Banner" and/or "God Bless America" on one of the two audition dates. Lyrics will be provided upon request. No CDs, tapes, emails or digital submissions will be accepted. Those who have (or are) contacted by a member of the Curve front office staff do not need to attend a tryout session. Every person that sings at the auditions will receive a ticket voucher to a Curve home game in April or May.

The Curve's 70-game home schedule at Peoples Natural Gas Field begins on Thursday, April 9 at 6 p.m. against the Erie SeaWolves, Double-A affiliate of the Detroit Tigers.

The Altoona Curve, 2010 and 2017 Eastern League Champions, have been the Double-A affiliate of the Pittsburgh Pirates since 1999. For tickets or more information, visit AltoonaCurve.com, call 877.99.CURVE or stop by the PNG Field box office. Additionally, the Stockyard Team Store is open Monday-Friday from 9 a.m. to 5 p.m. on non-gamedays and online 24/7/365.