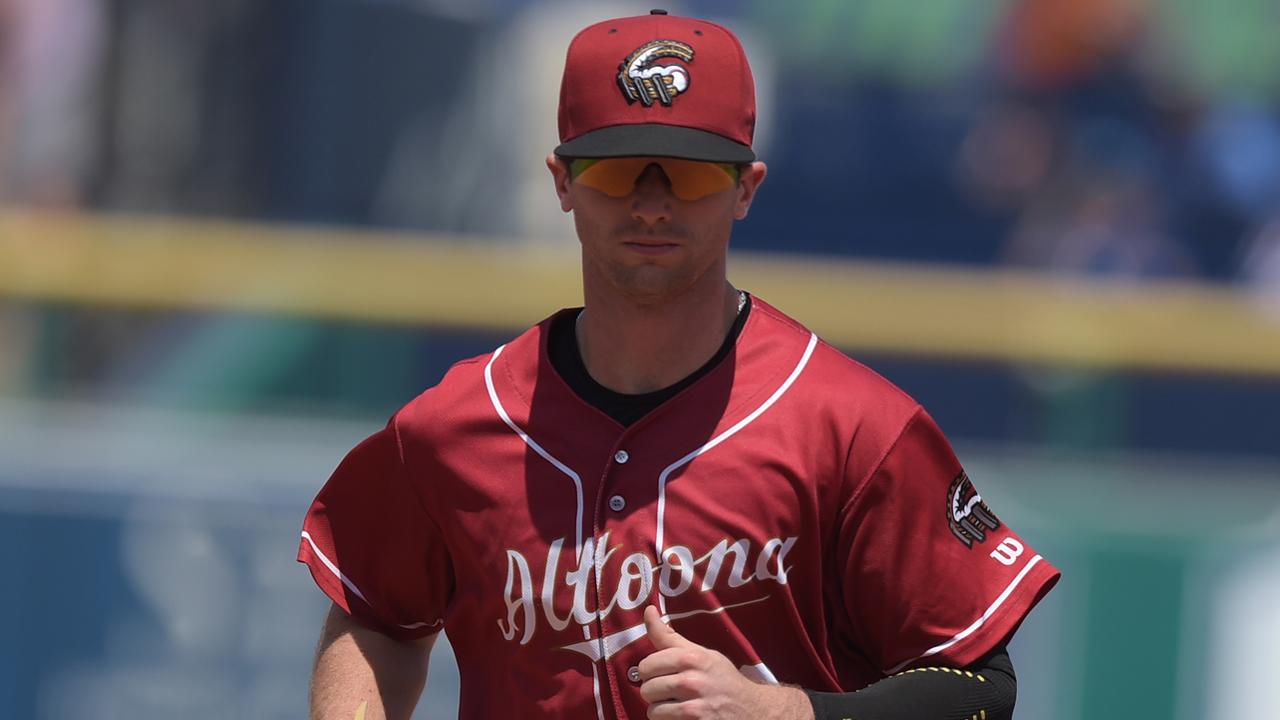 HARRISBURG, Pa. - In a season that has been defined by superb pitching in the Eastern League, offense took center stage at FNB Field on Tuesday as the Harrisburg Senators defeated the Altoona Curve, 13-10.

Harrisburg posted five runs and sent nine men to the plate in each the third and fifth innings to force an early exit for Curve starter Sean Brady (Loss, 3-12) during the fifth.

With the Senators trailing, 2-1, at the start of the third, Luis Garcia sent a solo homer over the right field wall. Adrian Sanchez, Tres Barrera and Ian Sagdal all connected on consecutive singles to score the go-ahead run. Dante Bichette Jr. pushed two more across with the first of his two triples in the game. Two batters later, Rhett Wiseman closed the first crooked inning when he doubled in Nick Banks, who reached when Bichette was thrown out at home for the second out of the inning.

Altoona clawed back within 6-5 when they scored three and batted nine men themselves in the top of the fifth. Brett Pope started the inning with his first Double-A homer into Harrisburg's right field bullpen. Following a one-out single from Mitchell Tolman , Chris Sharpe hit a towering homer to left that hugged the foul line for his second homer of the game. Harrisburgh starter Jackson Tetreault was lifted after the homer for Jordan Mills (Win, 4-1) with one out in the fifth.

However, the Senators responded with a second nine-batter, five-run inning in the bottom of the fifth. Brady recorded one out between hits by Bichette and Wiseman before he gave way to Beau Sulser . T.J. Rivera singled home one of two inherited runners before Sulser recorded the second out. The second error of the game by Oneil Cruz at shortstop kept the inning alive and led to three more unearned runs charged to Sulser.

Down 11-5 in the seventh, Sharpe doubled and Cruz tripled him in before a ground out by Logan Hill pulled the Curve back to within four. In the eighth inning, Darnell Sweeney swatted a pinch-hit, solo homer to right as the Curve trimmed the deficit to three. Sweeney's homer was the first pinch-hit blast by a Curve hitter since Jonathan Schwind did it on August 9, 2017.

Bichette's second triple of the game led to a pair of valuable insurance runs for Harrisburg in the eighth. An error by Tolman with the infield playing in allowed Bichette to score the second run of the inning after he batted in Sagdal, who led off the inning with a walk by Joel Cesar .

In the ninth with Harrisburg leading 13-8, Cruz kept the game going with a two-out single and scored when Hill hit a two-run homer to left. However, Aaron Barrett rebounded for the Senators and struck out Jason Delay to finish the game.

The Curve held a pair of early leads. The score was 1-0 after Sharpe's first homer in the first and 2-1 when Bligh Madris singled in Hill.

Sharpe's two-homer game was the first of his career and the first by a Curve hitter in 2019. Sharpe finished the game 3-for-5 with a double and three RBIs total. Cruz ended the night 4-for-5 with his third triple with Altoona. Hill finished a triple shy of the cycle in his 3-for-5 performance while Madris also had three hits. Pope finished 2-for-4 for his third straight two-hit game.

Bichette led the Senators at the dish with a 4-for-5 game and knocked in three runs. Sanchez went 3-for-3 with a sacrifice fly and a pair of RBIs while Wiseman doubled twice.

All eight pitchers in the game recorded just one 1-2-3 inning when Andrew Lee struck out the side in the sixth inning for Harrisburg. Angel German threw two scoreless innings for the Curve but he walked four and used inning-ending double plays in each the sixth and seventh.

The Curve return for a six-game homestand on Friday to host the Bowie Baysox and Hartford Yard Goats in a pair of three-game series. For tickets or more information about upcoming promotions, visit AltoonaCurve.com, call 877.99.CURVE or stop by the PNG Field box office. Additionally, the Stockyard Team Store is open Monday-Friday from 9 a.m. to 5 p.m., during every home game and online 24/7/365.