Johnson City will face off with Danville for Appalachian League crown 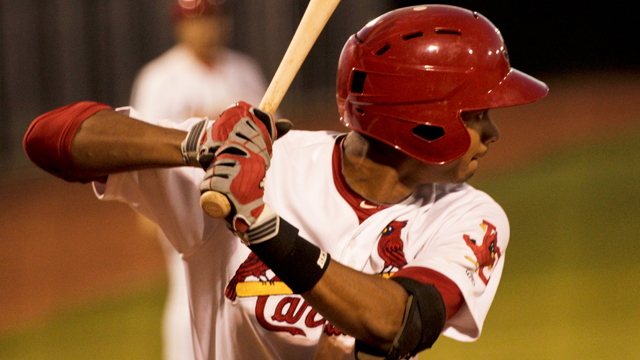 After tying Tuesday's win-or-go-home game at Elizabethton in the sixth inning and forging ahead in the seventh, Johnson City had closed to within three outs of clinching a spot in the Appalachian League Championship series when the weather worsened.

A 75-minute rain delay occurred in the middle of the ninth inning of the West Division Finals, but the interruption didn't faze the Rookie-level Cardinals, who held onto their slim lead and defeated the Twins, 5-4, to set up a meeting with the Danville Braves for the Appalachian League title.

"The whole team has played big and they just pick each other up," said Johnson City manager Johnny Rodriguez, who thought the right decision was made regarding the rain. "I don't think a lot of people gave us an opportunity. But they're a scrappy ballclub. They just never say die. That's a champion we just beat, that's the way I look at it. Elizabethton, year in and year out, they're there."

The best-of-3 series for the crown begins Wednesday in Danville, with the second game Thursday at Johnson City. If necessary, Game 3 will be hosted by the Cardinals on Friday. Both teams finished the regular season in second place of their respective divisions.

Following a 7-6 loss in 13 innings in the semifinal opener, Johnson City blew a six-run lead in Game 2 but still won, 10-9. In the finale, a two-run blast by Elizabethton's Tyler Kuresa in the first inning again put the club in a hole. But the Cardinals scored three in the second with a two-RBI triple by Anthony Ray and a run-scoring single from Charlie Neil.

"I think that was the key hit in the game," Rodriguez said of the three-bagger, "because they got those two runs on the two-run bomb. ... I felt they had momentum and I said we need to answer, and we did, we did. The three-spot was important to get us back in it."

The Twins regained the lead with two runs in the third, but the Cardinals tied it again on a sacrifice fly by Chris Rivera in the sixth. Then Oscar Mercado scampered home with the go-ahead run on a wild pitch by C.K. Irby in the seventh. Mercado, St. Louis' No. 16 prospect, went 3-for-5 with a double and three RBIs in Game 2.

Though normally a starter, Julio Mateo relieved Matt Pearce after three innings and allowed just two hits over five scoreless innings, fanning three and walking two. He would have pitched the ninth too, but it started raining. When play resumed, Ismael Brito gave up Pat Kelly's single, but struck out the side to preserve the series-clinching victory.

There were a couple of stellar plays in the field by the Cardinals as well. Mercado slickly fielded a ground ball at shortstop in the first inning and center fielder Magneuris Sierra went all out for a catch to end the eighth inning.

"They had a runner on with two outs, the ball was smoked to left-center and he just dove straight out, like diving in a pool -- one-handed catch on the floor," the skipper said. "If that ball gets through, it's a tie game with the go-ahead run on, so that was the play of the game."

Nick Gordon, the Twins' sixth-ranked prospect and No. 40 overall, did not appear in the finale after he broke his left index finger when he was jammed by a pitch in the opener. The injury will reportedly force him to wear a splint for two weeks and likely prevent him from participating in the instructional league, though he will still be there for rehabilitation and instruction.

Mark Emery is a contributor to MiLB.com. Follow him on Twitter @Mark_Emery. This story was not subject to the approval of the National Association of Professional Baseball Leagues or its clubs.