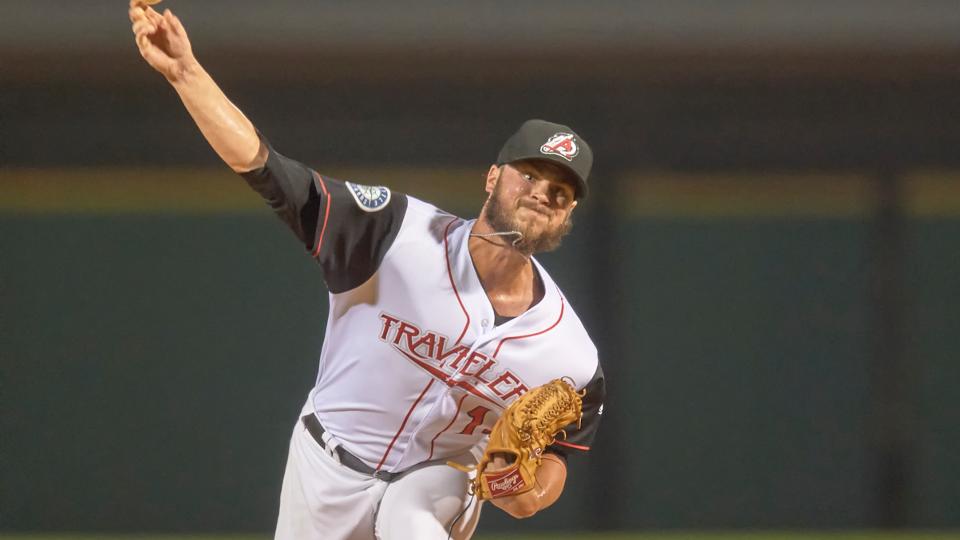 Springdale, AR-A trio of Travelers relievers combined for 5.1 shutout innings while striking out 10 as Arkansas rallied for a 4-3 win over the NW Arkansas Naturals on Tuesday night. The Travs have won the first two games of the series. Trav pitching struck out 16 total in the win coming back from a 3-0 deficit for the victory. Starter Justin Dunn worked 3.2 innings and was charged with three runs (two earned) on four hits. Darin Gillies then posted 2.1 scoreless to start the relief effort before Parker Markel struck out all six batters he faced. Art Warren then worked around a leadoff walk and his own throwing error in the ninth to close it out, stranding the tying run at third base. Arkansas tied the game with a three-run seventh inning before getting the game-winning run in the ninth inning. Three times on the night, the Travs left the bases loaded in an inning.

* Evan White smoked an RBI double to get the Travs on the board with two out in the seventh. After an intentional walk loaded the bases, Logan Taylor hit a chopper to third base that was mishandled, allowing another run to score. Chris Mariscal then got plunked to force in the tying run.

* White and Dom Thompson-Williams connected for back-to-back doubles in the top of the ninth to put the Travs on top.

* With the tying run at third and one out in the ninth, Art Warren struck out Kort Peterson before getting pinch-hitter Meibrys Viloria to line out to end the game.

The Travs go for a sweep of the three game series Wednesday night. Left-hander Ricardo Sanchez (1-0, 0.00) makes his second start of the season opposed by righty Jace Vines (0-0, 0.00) for the Naturals. First pitch is at 7:05 and the game will be broadcast on the Sports Animal 920, the First Pitch App, TuneIn radio and milb.tv.