Evan White homers and stretches his streak to 14 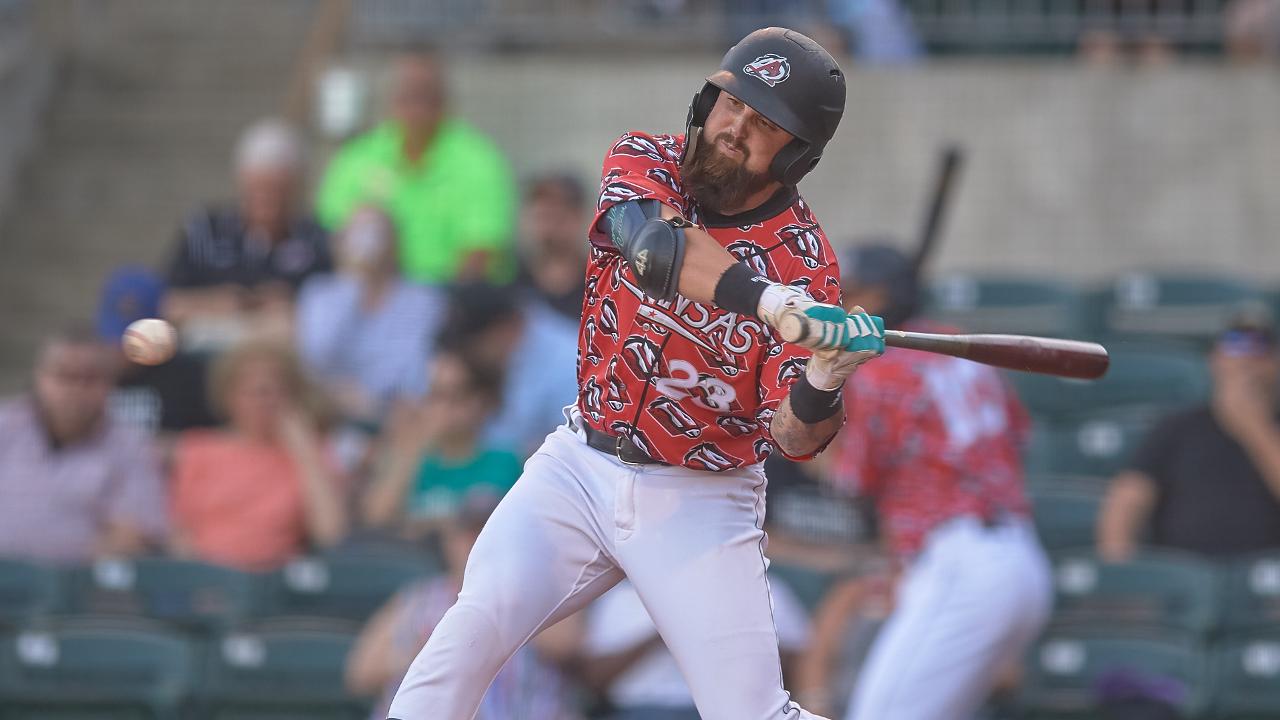 Jordan Cowan and the walk-off hit in the 10th inning on Wednesday night! (Mark Wagner)

North Little Rock, AR-Jordan Cowan slapped a shift beating hit to the left of second base to drive in the winning run and send the Travs to their seventh consecutive victory, 2-1 in 10 innings. Cowan's hit ended a game that saw only 10 total hits but a combined 32 strikeouts, 31 in the first nine innings. Travs pitchers struck out 15 led by reliever Sam Delaplane who K'd seven over the final three innings. Three Corpus Christi hurlers combined for 17 strikeouts with starter J.B. Bukauskas netting a career-high 10 over six innings. Travs starter Nabil Crismatt struck out six over six innings while giving up just the one run in his fifth consecutive quality start.

* Evan White blasted a 409 foot homerun to left-center field in the fourth inning.

* Delaplane struck out the first six batters he faced. He then knocked the side down in order in the bottom of the 10th to strand the automatic runner.

* RHP Jake Haberer made his Double-A debut and pitched a scoreless seventh inning with a pair of strikeouts.

* White has a 14 game hit streak and has homered in four the past five games.

* The 17 strikeouts by the Travs offense is a season high.

Arkansas goes for the sweep on Thursday night. Right-hander Justin Dunn (4-2, 3.50) makes the start against righty Yohan Ramirez (0-0, 54.00). First pitch on a Diamantes Night is at 7:10 and the game will be broadcast on the Sports Animal 1250, the First Pitch App, TuneIn radio and milb.tv.