Travs are held to just four hits in loss 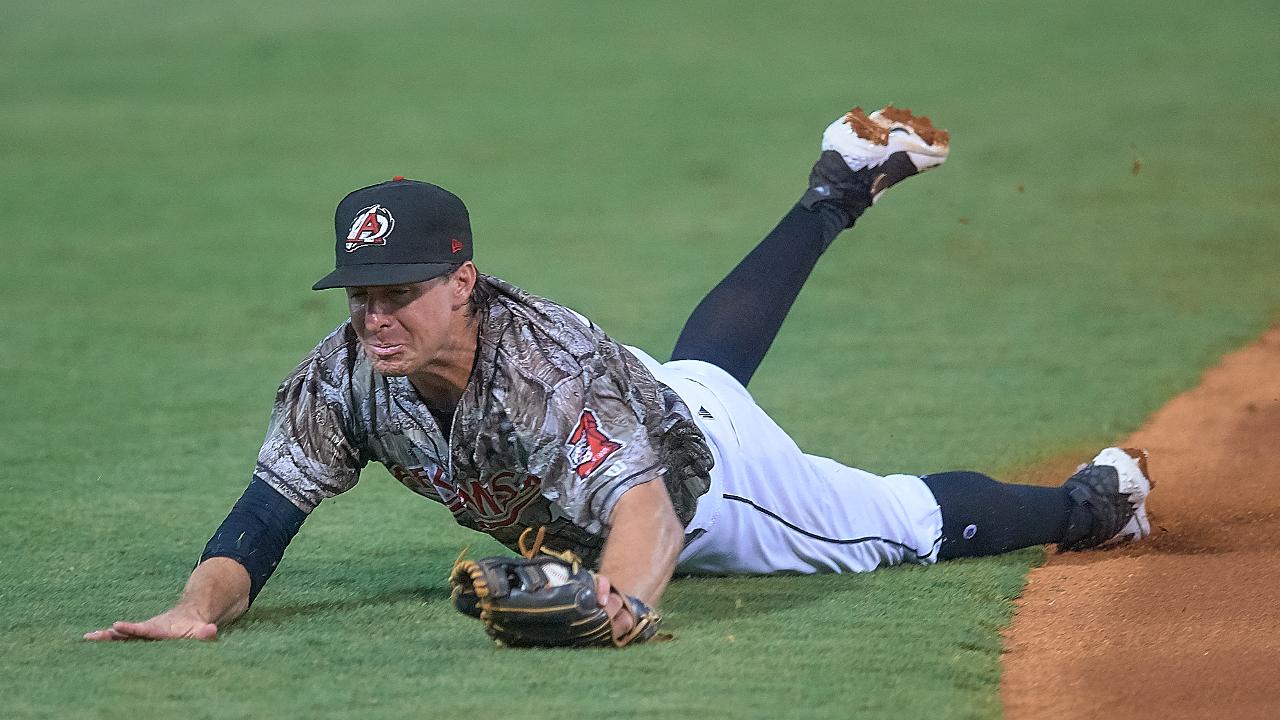 North Little Rock, AR-The Tulsa Drillers evened the North Division playoff series with a 3-1 win over the Arkansas Travelers on Thursday night at Dickey-Stephens Park. The scene now shifts to Tulsa for the rest of the series. Arkansas never led in the contest but did rally to tie the game at one. However they were limited to just one base runner, a one out walk in the ninth, over the final five innings. Wyatt Mills, Joey Gerber and Art Warren combined for 4.1 scoreless innings out of the bullpen keeping the Travs in the game. Justin Dunn was tagged with the loss after giving up three runs, two earned in 4.2 innings. Leo Crawford was the winner going 6.1 innings with seven strikeouts.

* Jordan Cowan drove in the Travs lone run of the night on an opposite field single with one out in the fourth.

* Tulsa responded immediately with two runs in the fifth. Jared Walker led off with an infield single, stole second, went to third on a ground out and then scored on Jeter Downs base hit to put Tulsa back in front. Connor Wong added an RBI single later in the inning.

* The Travs were out hit 11 to four but notched their first extra base hit of the series, a Kyle Lewis first inning double.

* Jordan Cowan has now reached base safely in 35 consecutive games.

Pivotal game three of the series is Friday night in Tulsa with left-hander Ian McKinney (1-0, 4.80) getting the start against righty Markus Solbach (5-1, 2.57). First pitch is at 7:05 and the game will be broadcast on the Sports Animal 920, the First Pitch App, TuneIn radio and milb.tv.