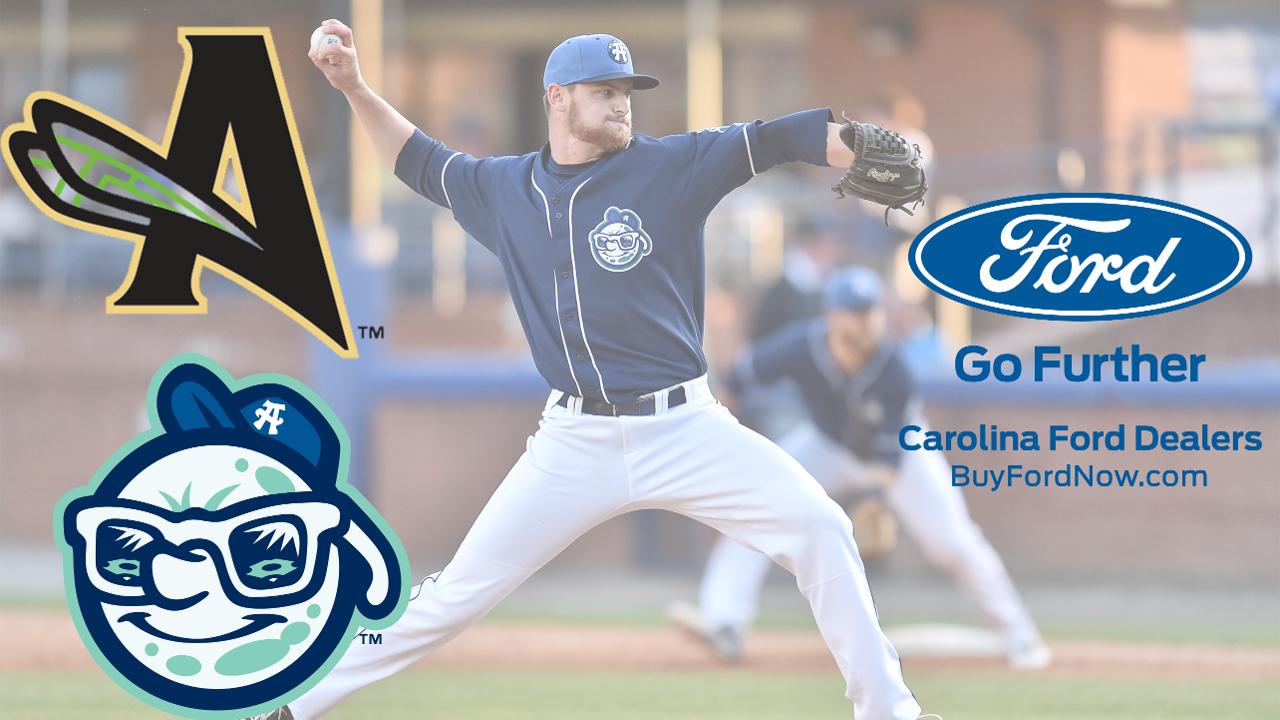 ASHEVILLE- The series finale between the Asheville Tourists and the Augusta GreenJackets was a one-run game heading into the fifth inning. That is when the GreenJackets tallied ten runs over two frames and built an insurmountable lead. Asheville dropped the contest 11-2 but still managed a series-split with their Southern division opponents.

Asheville had plenty of chances early. The Tourists worked five walks over the first two innings but could not break through. One of the reasons was the strikeout bug. Asheville hitters went down seven times over the first three innings and 13 times in the game.

Alfredo Garcia started for the Tourists and did well through four innings. In the fifth, Garcia nearly worked out of a jam with minimal damage; however, a two-out double followed by a walk set the stage for a Wander Franco Grand Slam that made a 3-0 lead a 7-0 advantage.

Augusta added four additional runs in the sixth inning to take an 11-0 lead. Asheville did bounce back to score the game's final two runs. John Cresto doubled in Daniel Jipping in the bottom of the sixth and Coco Montes plated Willie MacIver with an RBI single in the ninth.

The Tourists finished with eight hits but left 11 runners on base in the game. Asheville went 1-for-14 with at least one runner in scoring position and are 3-for-their-last-28 in that category over their last two games.

Nick Kennedy and Boby Johnson combined to pitch four shutout frames out of the Tourists bullpen which was a major strength in the opening series.

Next up for Asheville is a Monday matchup at McCormick Field against the Charleston RiverDogs. Charleston took three out of four against Columbia to open their South Atlantic League slate.