Tourists Earn a Victory in Must Win Game

Schmidt Paces the Pitching and Montes Puts It Away Late 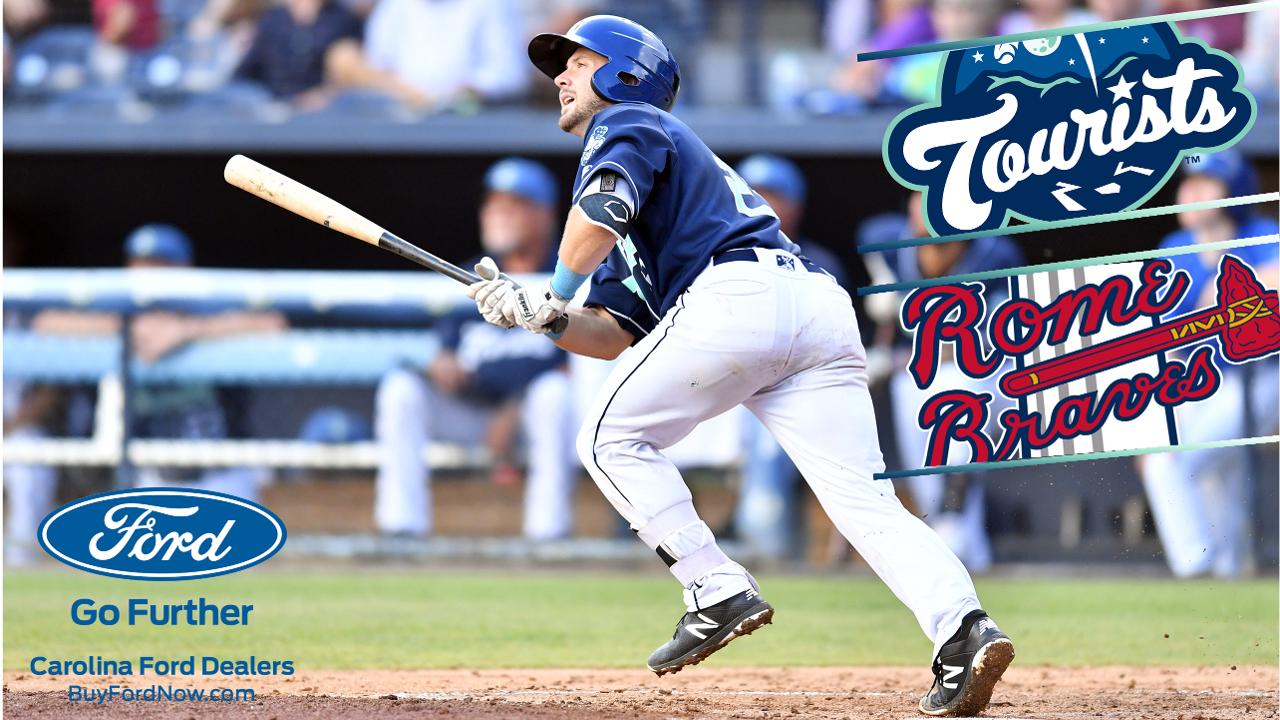 ROME- The Asheville Tourists defeated the Rome Braves 7-2 on Sunday afternoon in a must win matchup. Asheville entered the day two back of first place with two to play and the Tourists took care of business. The game was much closer than the final score indicates but a four-run top of the ninth gave Asheville the breathing room they were looking for.

The offense came alive early. Asheville plated two runs in the top of the third inning. One came on an RBI double by Kyle Datres and the second on a sacrifice fly off the bat of Grant Lavigne . Will Golsan and Coco Montes each had hits in the third inning rally.

Willie MacIver made it 3-0 in the top of the fifth on a two-out RBI single down the right field line to score Datres. Asheville pounded out eight hits against the Braves starting pitcher, Dilmer Mejia, who is very tough to hit.

Asheville's starting pitcher, Colten Schmidt , came through once again. Schmidt tossed six innings and earned his sixth win of the season. Colten surrendered a solo Home Run in the fifth and a soft run in the sixth; however, he left with the lead and the Tourists bullpen dominated to hold it.

Jacob Bosiokovic pitched a scoreless seventh and Reagan Todd followed with a shutdown eighth. In the top of the ninth, Niko Decolati provided an insurance run with an RBI single to centerfield. Montes then put the game out of reach with a three-run Home Run over the left field wall. PJ Poulin finished out the contest with a one, two, three ninth inning. The Tourists bullpen did not allow a base-runner.

Asheville has one game remaining in the 2019 regular season. They could find themselves in another must win situation depending on the result of the Augusta/Columbia contest later this evening. Monday's regular season finale is scheduled for 1:00pm.