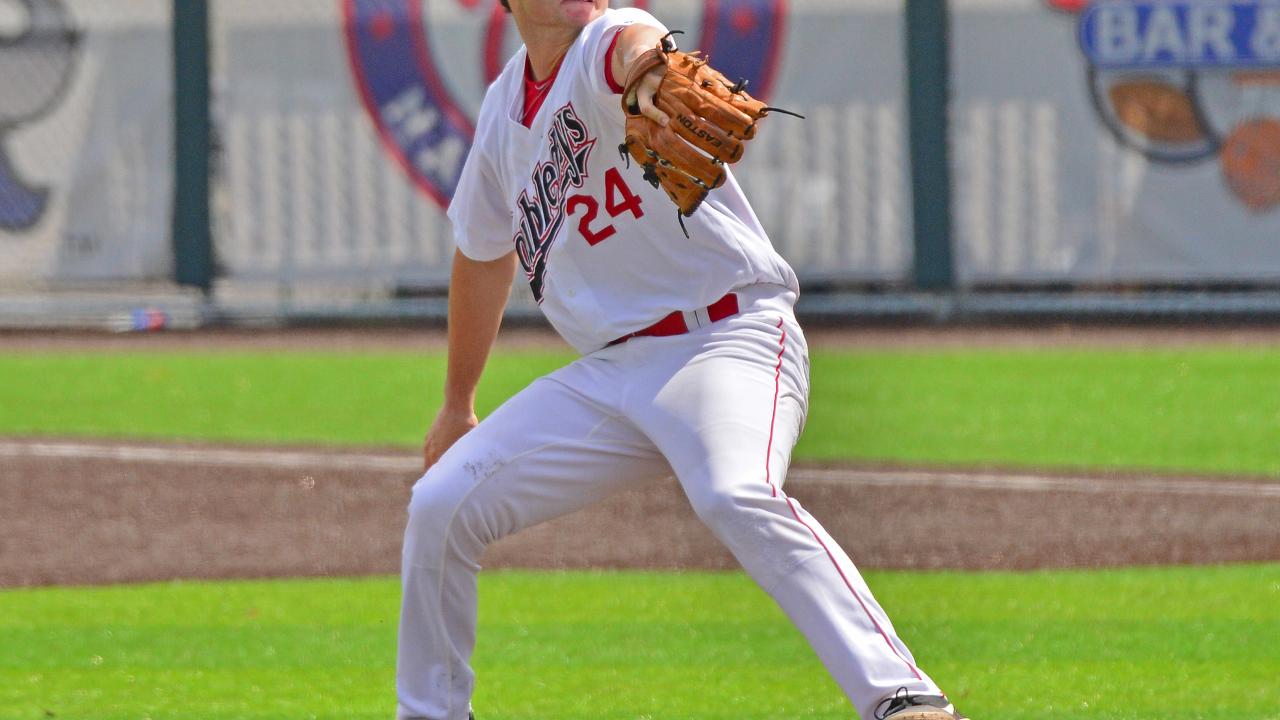 A six-run sixth inning was the deciding factor in the Doubledays' (29-45) victory over the Muckdogs (40-34) on Saturday. Coupled with superb pitching, the Doubledays were able to take Game 1 of their split series against Batavia, 12-5.

The Muckdogs actually opened up the contest by putting pressure on the Doubledays. A leadoff single off of Auburn starter Tyler Dyson came around and score in the very first inning, while Muckdogs starting pitcher Julio Frias - after working himself out of a first and third situation in the first inning - held the Doubledays scoreless through three complete.

That began to unravel in the fourth inning, however, as a walk, a throwing error, and a wild pitch set up Ricardo Mendez to tie the game on a groundout. The Doubledays began to separate themselves further in the fifth inning as a two-run triple and a groundout put another three runs on the board for Auburn. The Muckdogs managed to get a run back in the home half of the fourth, but the worst was yet to come for the Batavia pitching staff.

A two-run single by Anthony Peroni - the first of three straight hits off Geremy Galindez - kicked off the sixth inning, with Cody Wilson knocking him in a batter later. A throwing error loaded the bases, and a two-RBI double by J.T. Arruda knocked Galindez out of the game and brought in M.D. Johnson. Johnson allowed an inherited runner to score but otherwise stopped a disastrous inning from continuing for the Muckdogs.

Batavia was thrown right back into the hot seat in the seventh inning as Landerson Pena launched a two-run dinger. All the while, Doubledays pitching was shutting down the Muckdogs' offense as Karlo Seijas - who entered the game for Tyler Dyson in the sixth inning - promptly tossed three shutout innings. Batavia was able to score three runs in the bottom of the ninth against him, but their rally ended Seijas struck out Julian Infante for his fifth K of the night.

The Doubledays will be back in action Sunday against the Muckdogs at 5:05 PM. Listen in on the action on fingerlakes1.com, milb.streamguys1.com, or the TuneIn app.