Doubledays Wrap Up Season With Loss to Batavia 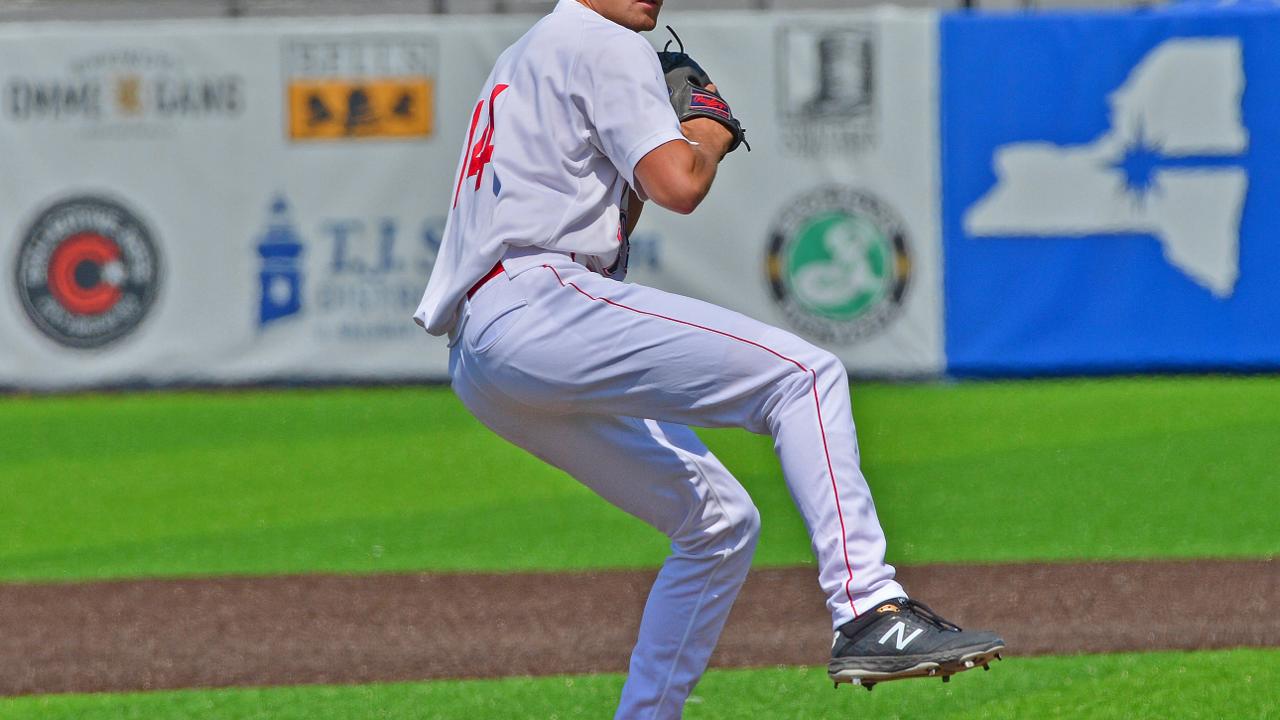 AUBURN, NY - The Doubledays (30-46) were unable to play spoiler for the Muckdogs (41-35) on Monday. Their 7-0 loss not only ended Auburn's season, but also clinched Batavia's first playoff appearance since 2010.

Lucas Knowles - the owner of a 2.57 ERA before today's matchup - was hit hard early on against the Muckdogs. After allowing only two hits the entirety of his four frames against the Scrappers his last time out, Knowles led off the second inning by surrendering a first-pitch home run to Muckdogs third baseman Nic Ready. He retired the next three batters in order but ran into more trouble in the third.

After he retired Nasim Nunez for the first out, Knowles gave up a one-out single to Andres Sthormes while J.D. Orr reached base on a fielding error by shortstop J.T. Arruda. Dalvy Rosario followed with a double of his own, bringing in two runners and reaching third base on a throwing error by Jake Randa. Knowles then quickly fell behind in the count to Troy Johnston, who launched a two-run home run on a pitch left over the plate to give a 5-0 lead.

While the Doubledays were off to a shaky start on the mound, Muckdogs starting pitcher Edgar Martinez was rolling through his six innings of work. The 22-year old righty held Auburn to two hits while striking out six and allowing just one runner to reach scoring position. His replacement on the mound, Brock Love, was given an additional two runs to work with as the Muckdogs added on to their lead in the top of the seventh.

Rafael Gomez - coming in after a two-inning relief outing from Davis Moore - struck out Sean Reynolds on three pitches but then walked Andrew Turner and Nasim Nunez on nine combined pitches. Gomez got Sthormes to fly out for the second out of the inning but then allowed a two-run double to J.D. Orr which increased the Doubledays' deficit to 7-0.

Auburn's offense was unable to avoid the shutout as the Muckdogs' bullpen combined for three innings of one-hit baseball.