3-Run 7th Inning Too Much for Beloit Falling 3-2 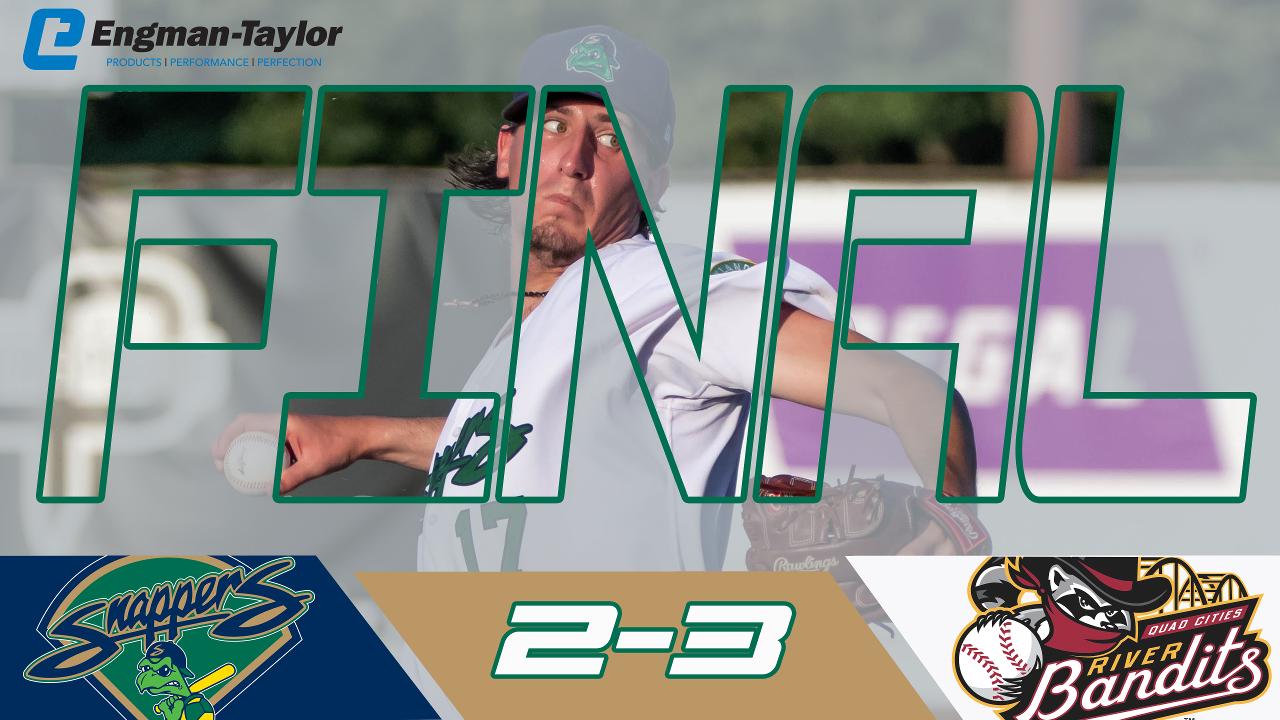 DAVENPORT, IA - Beloit led all the way until the bottom of the seventh, but a 3-run inning for Quad Cities proved to be the deciding factor as Beloit fell 3-2 tonight. The loss snapped the Snappers 2-game winning streak and forces the rubber match for the series tomorrow.

Beloit would strike for their first and only time early in the third inning. After a walk by Santis Sanchez to lead off, Nick Ward would smack a triple to plate Sanchez and the first run of the game. Moments later, Joseph Pena would hit a SAC fly to score Ward and give the Snappers the 2-0 advantage after three complete.

Unfortunately for Beloit, that would be the conclusion of their scoring, as Beloit was only able to muster up 2 hits the whole game and 7 baserunners. However, that would not stop Quad Cities, as they would plate 3 runs in the seventh inning to take the lead and the ballgame this evening.

For Beloit on the mound, Rafael Kelly got the start and had a strong performance tossing five and two-thirds scoreless innings. Kelly will end up getting a no decision after leading with the lead, while punching out nine and giving up just 6 hits.

Beloit will be back in action tomorrow looking to take the series and the season series from the River Bandits in Davenport, Iowa. Then, Beloit will return home on Saturday for Fireworks presented by Kerry and our T-Shirt Giveaway courtesy of UW-Whitewater at Rock County.