Beloit Wins to Take One Step Closer to Playoffs 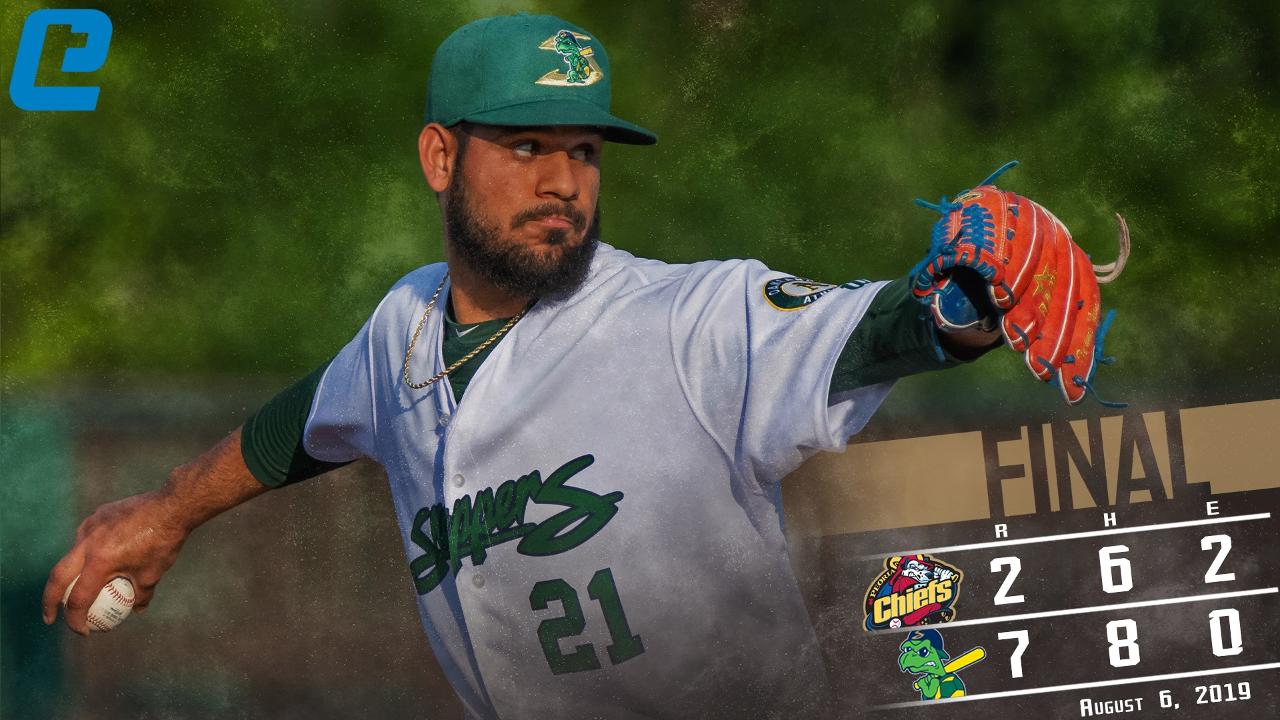 BELOIT, WI - An 8-hit attack, the longball, and excellent pitching was the recipe tonight to extend the Snappers win streak to 5 games with a win over Peoria 7-2. Beloit dominated the game in all facets tonight leading from the word go and it was an all-around impressive win.

The Snappers bats would make the bus ride back home, as the boys would pick right up where they left off putting up an early run in the first inning.

Max Schuemann would lead the game off crushing his 20th double of the season to put the first runner of the game on base. Moments later, Anthony Churlin extended his hitting streak to 10 games after singling up the middle to plate Schuemann and the Snappers first run of the night.

In the third, Joseph Pena singled up the middle to begin the hitting and promptly took second base after a wild pitch moments later. Max Schuemann would then pick up his second double of the night with a line drive to left field driving in Pena to extend the lead to 2-0.

After a run in the fifth for Peoria, Beloit bats would go en fuego breaking the game wide open landing a 4-spot on the board. It would all start with a bang too loading the bases with no outs to begin the inning.

With Devin Foyle now hitting, he would hit a deep fly ball to center field to plate Lester Madden and get the inning going in the fifth. Now with just two men on, Santis Sanchez deposited a ball just over the left field wall for a 3-run homer capping the Snappers big inning at the plate. The homer gave the Snappers the 6-1 lead and was Sanchez's second homer of the season.

Both teams would collect one more run each in the contest, but that would conclude the scoring with the Snappers going on to win their fifth straight game 7-2.

Joe DeMers got the start for Beloit and was absolutely masterful tossing 5 solid innings to get the win. DeMers would give the ball up in the sixth, but leaving in line for the win giving up just 2 runs on 6 hits and 1 walk on the night.

Richard Guasch would be first and last out of the pen for Beloit and would shut the door earning the long save on the night. Guasch would close the game out with 4 scoreless innings, while punching out 6 and giving up no hits.

Beloit will be back in action tomorrow looking for their sixth straight victory against the Peoria Chiefs at 6:30 inside the confines of Pohlman Field. Beloit is currently in the playoff hunt only 6 games back of the wild card spot making each game extremely important for the Snappers.