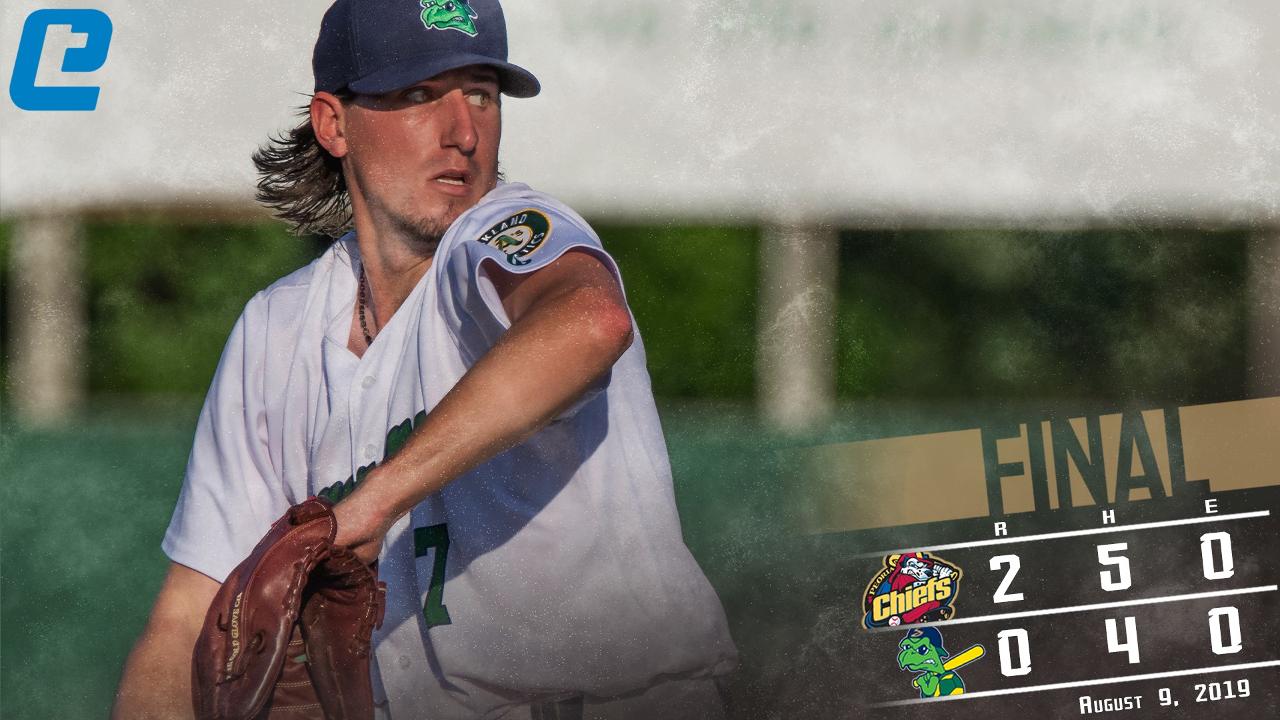 BELOIT, WI - In a close pitcher's duel, the Snappers ended up on the wrong side of the scoreboard for the first time in about a week getting shutout 2-0 against the Chiefs. The loss snapped the Snappers 6-game winning streak, but Beloit is still very much in the playoff hunt.

Peoria would strike first in a game where it seemed like whichever pitcher blinked first, the opposing team would win. The Chiefs were able to narrowly scratch runs across in both in the fourth and insurance in the ninth to take the slim 2-0 victory.

For Beloit they received excellent pitching from both Angello Infante and Chase Cohen. Infante will be tabbed with a tough loss after throwing 5 solid innings giving up just 1 run on 5 hits and 3 strikeouts.

Cohen was first and last out of the pen throwing 4 terrific innings. Cohen's only blemish on the night was a late ninth inning run, but other than that he was outstanding striking out two and only surrendering 2 hits on the night.

It was a tough night at the plate for Beloit, as the team has some opportunities to score, but just could not get that big hit to get on the scoreboard.

Beloit's best opportunity came in the eighth inning when the Snappers had runners on both second and third with two outs just down by 1 run at the time. With Max Schuemann at the plate, he worked himself to a 3-0 count, but reliever Leonardo Taveras fought all the way back to strike Schuemann out looking and end the threat.

With the loss, Beloit falls to 21-26, but are very much still in the playoff hunt. Depending how games in Quad Cities and Burlington go, the Snappers will still be within 6 games of the second wild card spot with a big series in Cedar Rapids this weekend.

The Snappers will hit the road starting in the aforementioned Cedar Rapids starting tomorrow with first pitch scheduled for 6:30. It will be a long road trip too, as the team will travel to Quad Cities after before returning home on Saturday for our second to last fireworks show of the year.