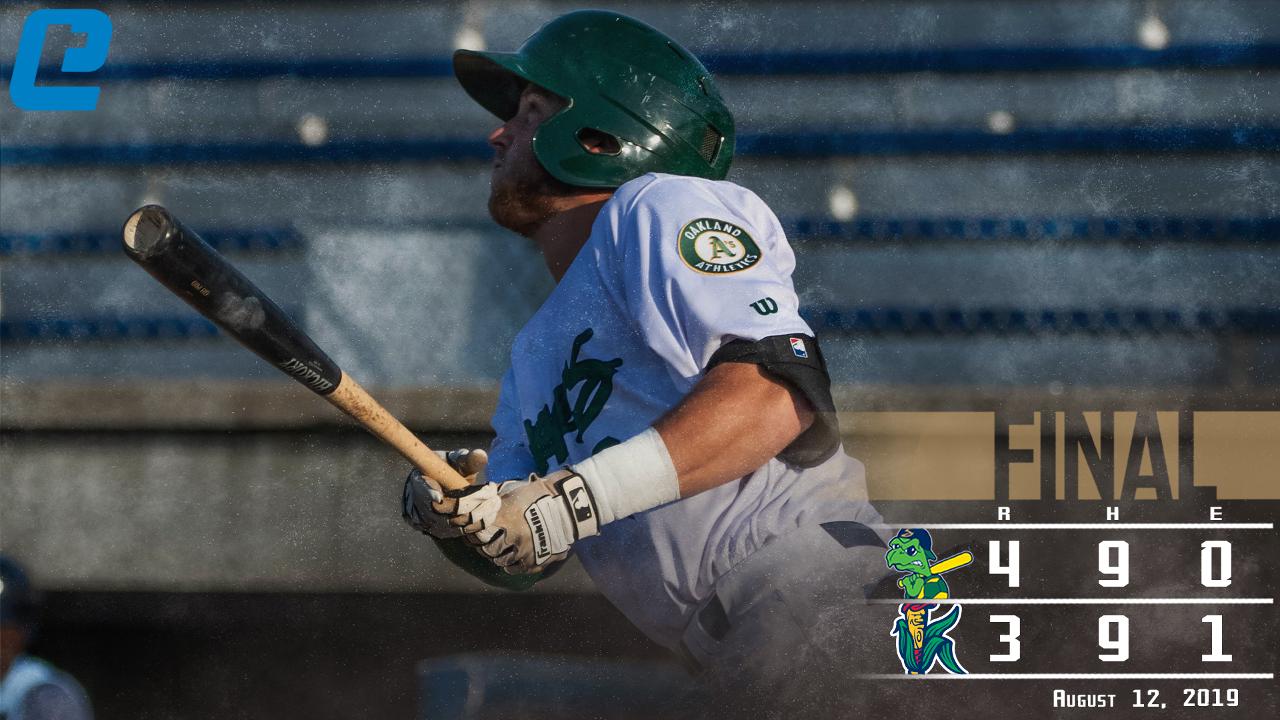 CEDAR RAPIDS, IA - The Snappers pulled away narrowly with a win and avoided extra innings Monday night with a 9th inning rally to win 4-3 over the Kernels. An 8th inning tie would test Beloit's pitching staff, but they would hold strong to keep the tie and let their offense do what they do best.

Beloit nabbed the lead first in the third inning at Perfect Game Field. A walk by Joseph Pena and a double by Max Schuemann would give Beloit a 1-0 lead that would last for another 3 innings. In the 6th, Beloit would tack on with a Nick Osborne's home run, his sixth of the year, and a Nick Ward sacrifice fly.

The Snappers had another piggyback outing for their starting staff, something that has worked incredibly well for them as of late. Starter Richard Guacsh would provide a clean 4 innings of work not surrendering a run while striking out 6 batters. Following Guasch, Joe DeMers had a very similar outing through 4 innings with 6 strikeouts, but found himself in trouble has he surrendered 3 runs to tie the Snappers in the 8th inning.

Beloit would retaliliate in the 9th inning by putting runners on first and third with one out. Max Schuemann would reach on a fielder's choice by legging out a ground ball to the third basemen. Breaking up that double play allowed Nick Ward to score and give Beloit the final run they needed. Relief pitcher Charlie Cerny would finish out the game for the Snappers in the bottom of the 9th and secure his 8th save of the season.

The Snappers look forward to a league-wide off day tomorrow as they prepare to begin a 3 game set in Quad Cities versus the River Bandits on Wednesday. Reid Birlingmair is slotted to start against the Astros affiliate as he has had some success lately. He has had 3 wins and a no decision in his last 4 starts which include 2 quality starts. That game begins at 6:35 PM at Modern Woodman Park in Quad Cities.