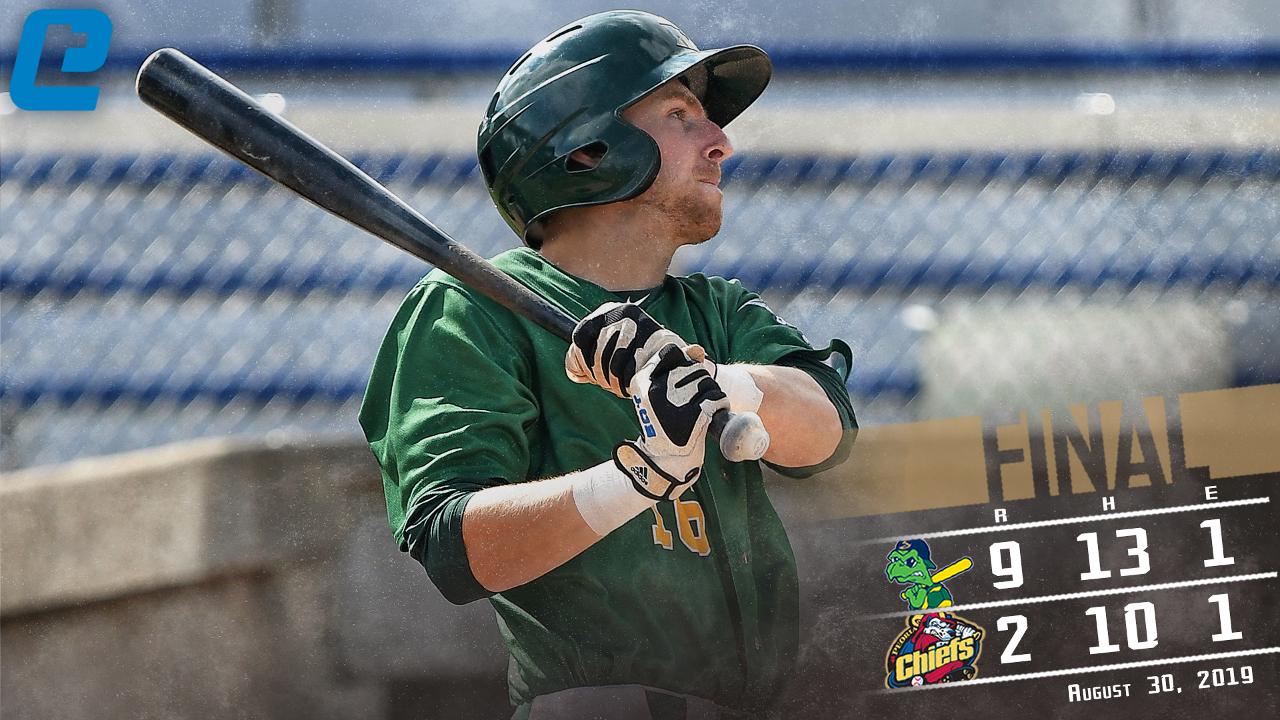 PEORIA, IL - Beloit had struggled as of late to the two teams nearest them in the Midwest Leagues standings, but the Snappers made sure to leave Peoria on a good note on Friday night. For the first time in a while, the Snappers were firing on all cylinders as their piggyback pitchers' pitched remarkable and their offense erupted for their 9-2 win.

The Snappers started hot out of the gates with a 1-out double by Max Schuemann and a following 2-out single by Anthony Churlin. While Peoria would quickly grab a run back to even it up, the Snappers responded with 2 more 1-inning frames in the 3rd off a Max Schuemann sac-fly and in the 5th off a Devin Foyle RBI single.

Piggyback starter Rafael Kelly would make good work of the Chiefs offense by hurling 5 innings of 1 run ball. He would only allow 3 batters to reach base, all on hits, and would strike out 4 during his work. On top of that, Kelly's 1 run scored in the 1st inning was unearned. His hard work let the Snappers offense power through the Chiefs' pitching.

While 3 runs would have won tonight's game for the Snappers, they would not let up after the 5th. The Snappers would tack on a huge 5-run 8th inning which saw walks from Lester Madden, Michael Woodworth, and Max Schuemann to set up for RBI singles from Santis Sanchez and Devin Foyle and an RBI double from Nick Ward. The Snappers would also tack on 1 extra run in the 9th inning after Michael Woodworth singled after 2 walks from Skyler Weber and Nick Ward

Chase Cohen would be the second part of the Snappers' piggyback rotation in tonight's ball game. Cohen would provide 4 innings of work in which he allowed 1 run and struck out 5 batters. Cohen would earn the long save for the Snappers, something they have done numerous times throughout the 2019 season.

With the Beloit's win on Friday night, that concludes the road portion of the 2019 season for Snappers. They finish their season 33-38 on the road, quite better than they played at home. They return to Beloit to play their final series of the season which is versus the Cedar Rapids Kernels. First pitch in Beloit is tomorrow at 6:30 PM on Fan Appreciation Night at Pohlman Field.