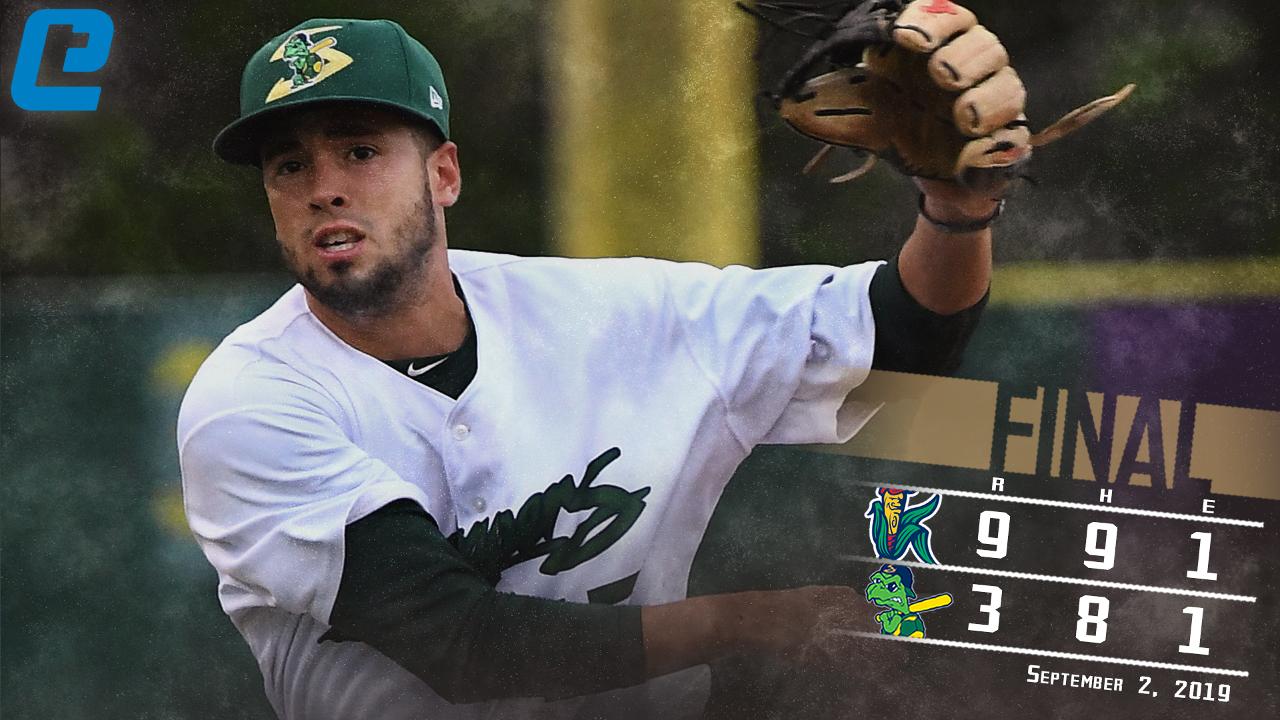 BELOIT, WI - A close contest between the Snappers and Kernels was blown up in the 5th and 6th innings in today's Snappers' 3-9 loss. Their loss wraps up the 2019 season, and they officially head into their offseason and prepare for baseball in 2020.

The Snappers grabbed the lead first in today's game with a 1 out sac-fly in the 1st inning after Joseph Pena's triple. The Snappers would threaten many other times throughout tonight's game, but ultimately would leave 8 runners stranded and go only 1-7 with RISP.

Bryce Nightengale was scheduled to begin tonight's piggyback start on the mound, and he would work through 4.2 innings, the most he's pitched since 5.1 innings back on May 16th. Unfortunately, Nightengale would give up 5 runs on 5 hits while striking out two batters to receive today's loss.

The Snappers would try to retaliate on offense in the 6th by grabbing a couple more runs of their own. The Snappers would lead off their 6th inning with a Devin Foyle walk. Then, Nick Osborne would reach on a single with 1 out, but he would advance to third and Devin Foyle would score on a throwing error on the play. After that, Santis Sanchez would grab Beloit's final RBI with a groundout to score Osborne from third.

The Snappers bullpen struggled as well after Nightengale's 5th inning fiasco. The 2nd half of the piggyback, Joe DeMers, would help Nightengale finish the 5th inning, but then would give up 3 runs of his own over the next 3 innings. DeMers did strike out 6 batters of the 10 outs he recorded which was still a positive. Brandon Withers would get the mound in the 9th, and would surrender a run himself while recorded 1 strikeout.

With today's game over, the Snappers have officially ended their 2019 season along with the rest of the Midwest League. The Snappers will not be participating in the 8 team playoffs that begin on Wednesday, September 4. Rather, the Snappers have earned a few days rest before preparing for their upcoming season that begins on April 9, 2020. On behalf of the Beloit Snappers, we thank you for a great 2019 season, and we look forward to more professional baseball in Beloit in 2020.