Turner back as manager of Snappers in 2020 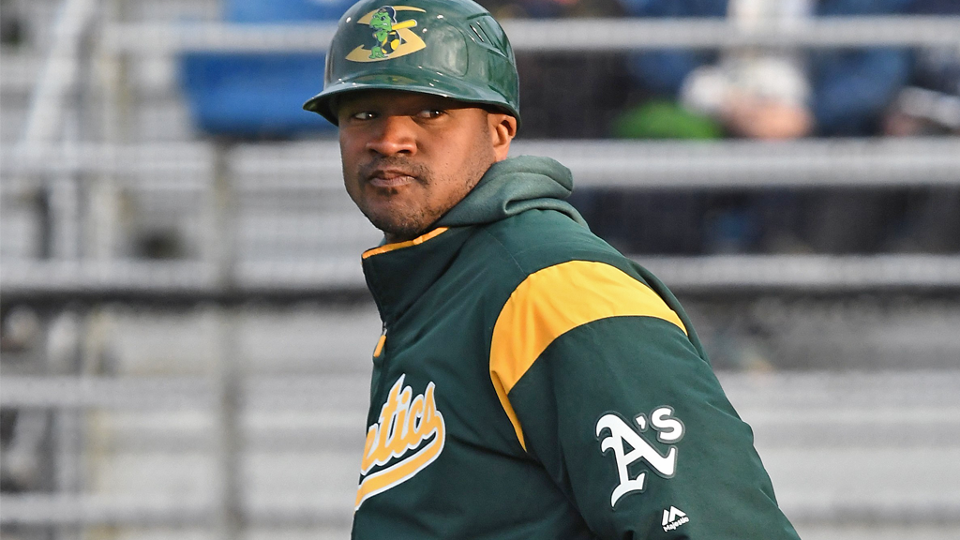 BELOIT, WI - The Oakland Athletics, in conjunction with the Beloit Snappers, announced the 2020 field staff to lead the next generation of Snappers next season. Highlighting the Snappers coaches will be the return of manager Lloyd Turner for his second season at the helm, while joining him will be Don Schulze, Javier Godard, Craig Conklin, Brian "Doc" Thorson, and Kevin Guild to round out the 2020 field staff.

Lloyd Turner will begin his second year as the skipper for the Snappers after completing his first season in 2019. Last season, Turner led Beloit to a 54 win and 84 loss record, while developing some of the Athletics premier minor league talent. In fact, Turner helped 11 ballplayers that began the year in Beloit reach a higher level by the 2019 seasons end.

A part of the Athletics organization since 2013, Turner spent 6 seasons before becoming a manager as a hitting coach, 2 of them being in Beloit. The 2002 A's 16th round draft pick, brings a wealth of experience and knowledge to the role while also understanding the player side after playing in professional baseball for 11 years.

Joining Turner will be long time pitching coach Don Schulze who returns for his 4th season in Beloit and 15th year as a pitching coach in the Athletics farm system. Schulze, a former first-round pick by the Chicago Cubs, brings with him Major League Baseball experience after playing in the bigs for 6 years. In his MLB playing career, Schulze compiled a 15-25 record with a 5.47 ERA while playing with 5 different teams.

Filling in the role as coach for Beloit this season will be former scout, Craig Conklin. Conklin is no stranger to Beloit as he served as a coach here in 2016, while being a scout for 15+ years and 4 with the Oakland Athletics. Last year, Conklin served in this same role but with the Las Vegas Aviators, the Triple-A affiliate of the A's, where he helped lead the Aviators to a playoff appearance and develop 14 players that made an appearance in the MLB after stopping in Vegas.

Adding to the familiarity will include in the training room, as Brian "Doc" Thorson will return as the Athletic Trainer for the Beloit Snappers. Thorson bring an abundance of experience to the role as this is his 37th year as an athletic trainer for the A's farm teams and 8th season in Beloit. During his time with the A's organization, Thorson has worked with Midland and Stockton, while just recently winning the 2018 Midwest League Trainer of the Year Award.

Lastly, entering his third year with the A's and first year as strength and conditioning coach for the Beloit Snappers is Kevin Guild. Guild spend the last two seasons with the A's Short Season Affiliate, the Vermont Lake Monsters, which is just 7 miles from his hometown. Guild is a graduate of Keene State College and previously was the athletic trainer for Keene HS.

"We are very excited to welcome back some familiar faces to Beloit and welcome new ones for the 2020 Snappers season," said Jeff Gray, General Manager. "We have a great partnership with the Athletics, and we are excited to continue to host some of the A's premiere talent and welcome these players and coaches as they continue their climb to the Major Leagues."

Opening Night for the Beloit Snappers is on April 9th, 2020 when the Snappers play host to the Clinton LumberKings, a Miami Marlins affiliate and the 2019 Midwest League Western Division Champion. Season Tickets are on sale now for the 2020 season and make sure you have your seats for the Stars of Tomorrow… In Beloit Today!