Mustangs eliminated with 6-4 loss to Chukars 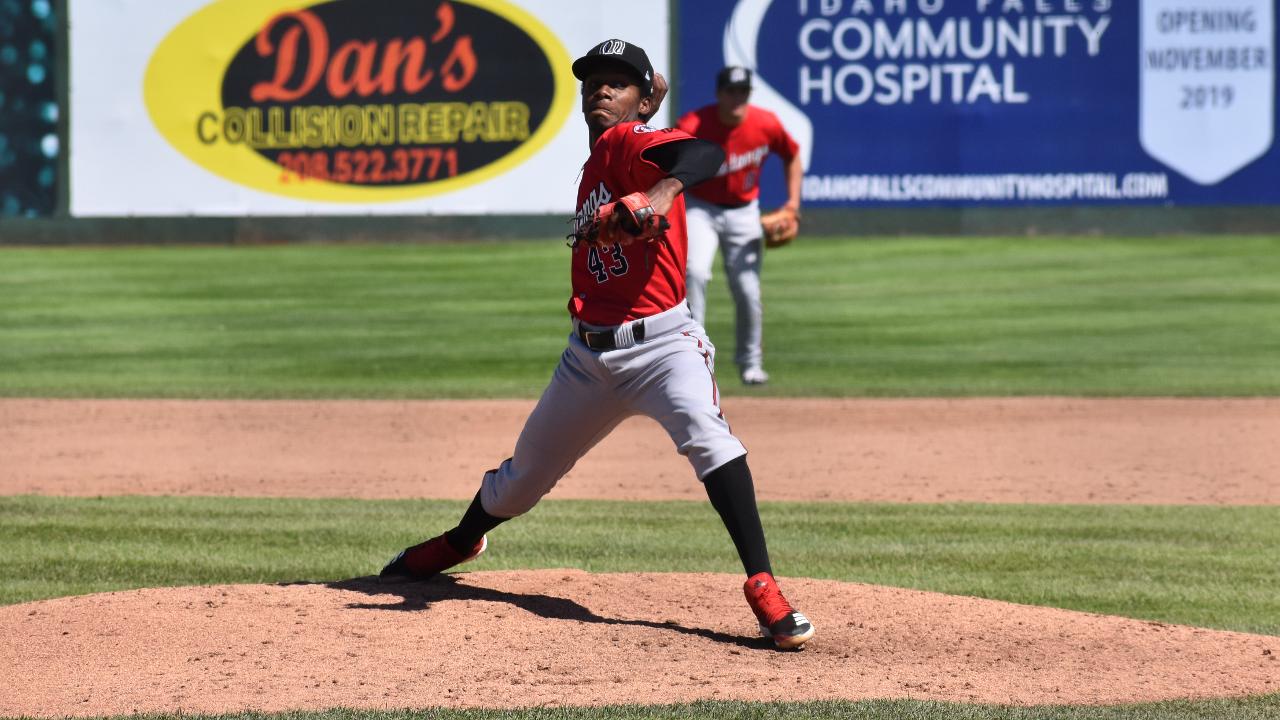 IDAHO FALLS, Idaho -- The Billings Mustangs (1-2) were eliminated from the 2019 postseason with a 6-4 loss to the Idaho Falls Chukars (2-1) in game three of the Pioneer League North Divisional Series at Melaleuca Field.

Game three had previously been suspended due to weather twice, on both Tuesday and Wednesday nights, at Melaleuca Field. With the weather finally cooperating on Thursday, play resumed in the bottom of the second with the Mustangs leading 1-0. The first inning and a half was played on Tuesday when Victor Ruiz singled in Quin Cotton to give Billings an early lead.

Carlos Carreno took the hill for the Mustangs in the bottom of the second to resume play on Thursday. With two outs, Jimmy Govern reached on a throwing error to keep the inning alive. The Chukars capitalized on the mistake with an RBI double from Isaiah Henry and an RBI single from Stephan Vidal to take their first lead at 2-1.

Isaiah Henry's leadoff double in the fifth for the Chukars turned into a run later in the inning on a wild pitch. Henry finished the game 2-for-3 with two doubles, three runs scored, an RBI and a hit-by-pitch. Henry scored four runs and drove in three over the series for Idaho Falls.

Trailing 3-2 in the sixth, Leonardo Seminati would be the next man up for Billings to deliver a game-tying home run, his team-leading 10th of the season. Seminati went 3-for-4 in his final game of the year.

The key moment of the day came in the bottom of the seventh inning. In a 3-3 tie with two men on and two out, Clay Dungan drove a three-run home run to right to put the Chukars up for good. It was Dungan's first home run in nearly two months.

Trailing by three runs going to the top of the ninth, the Billings offense mounted a rally to inject some late hope into the game. Reniel Ozuna doubled to lead off the top of the ninth and Quin Cotton doubled him in two batters later. With a man at second, one out and the tying run at the plate, the Mustangs had their final two batters retired to end the game and fall just short of the comeback.

With the win, the Chukars will advance to the Pioneer League Championship Series to take on the Ogden Raptors in a best-of-three series for the 2019 title.

With the loss, the Mustangs' season comes to a close. They finished the regular season 39-37 and were a Pioneer League-best 24-14 in the second half.