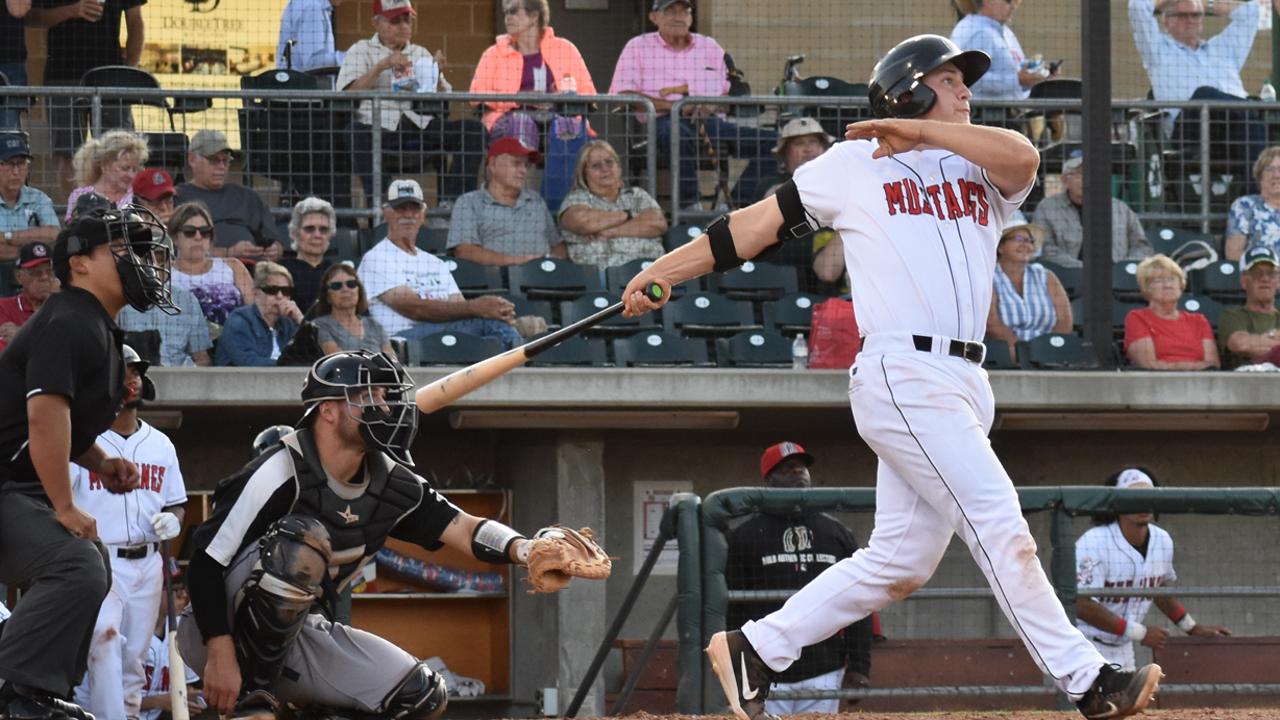 Two runs scored in the bottom of the second for the Mustangs to give them an early lead. Edwin Yon doubled down the third base line for the first hit of the inning. After Leonardo Seminati was hit by a pitch, Quincy McAfee singled to right field to score two runs with the help of a throwing error in right.

Grand Junction then plated a run in each of the next two innings to pull into a 2-2 tie. Colin Simpson sacrificed in a run on a fly to right in the third and a bunt single from Turner Brown in the fourth tied the game.

James Free immediately put the Mustangs back up in the bottom of the fourth when he led off the inning with a solo home run to right. It was Free's fourth homer of the season.

That's where the scoring ended for both sides as relief pitching took over. Ian Koch provided three shutout innings of relief between the fifth and seventh. After allowing a single to the first batter he faced, Koch (2-0) retired nine straight batters after that, striking out four along the way. He along with Johnnie Schneider and Francis Peguero retired 15 of the last 16 batters to the plate for the Rockies. Peguero earned his fourth save tying him for the team lead in saves with Jake Stevenson.

The Mustangs and Rockies will play in game three of their four-game series Wednesday, Aug. 14. First pitch is set for 6:35 p.m. MDT at Dehler Park.