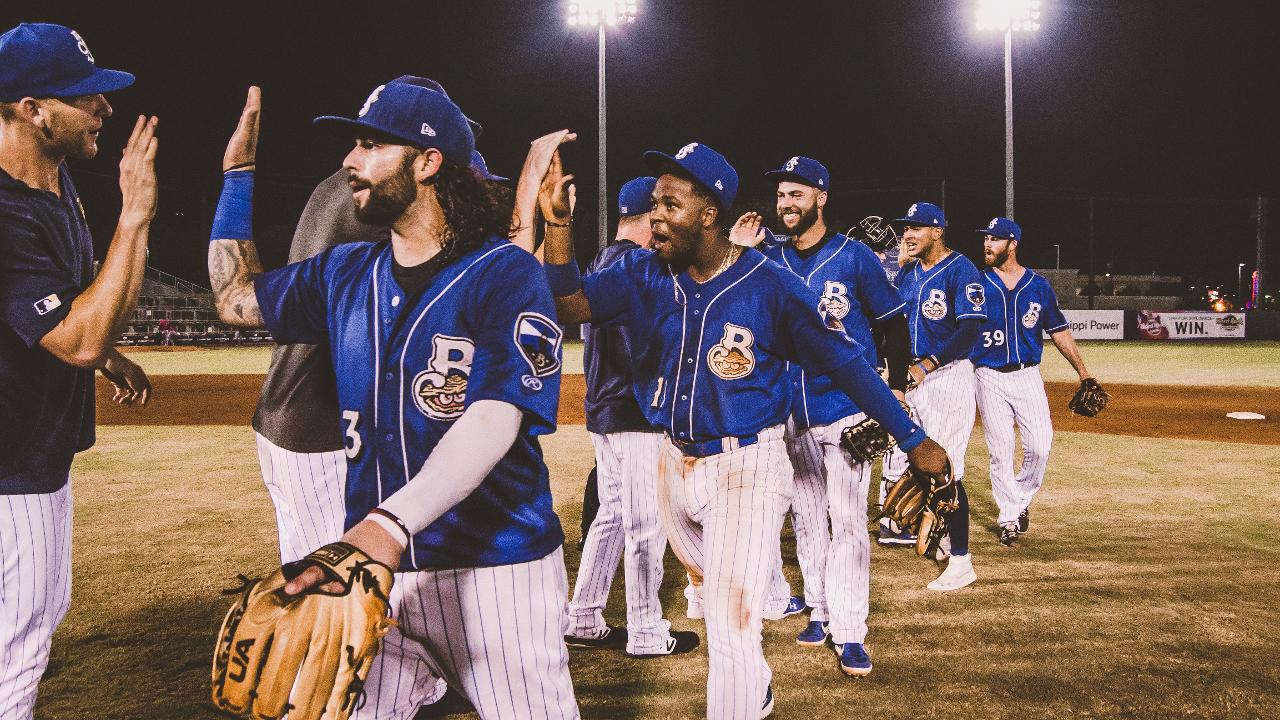 Prior to first pitch, both teams will go through full lineup introductions to set the stage for the Championship Series. Biloxi is slated to send RHP Alec Bettinger to the mound, who left in line for the win in Game 1 of the South Division Championship Series against the Pensacola Blue Wahoos after throwing 5.0 innings and allowing three runs. He'll be backed by the Shuckers offense, which averaged just over six runs per game in the first round of the playoffs. Gates open at 5:30 pm for a 6:35 pm first pitch.

It's the final game at MGM Park for the 2019 season as the Shuckers square off against the Jackson Generals in Game 2 of the Southern League Championship Series! Enjoy an all-you-can-eat option as well during the game in the Community Bank Terrace for $20, or upgrade your regular game ticket for just $10, for access to an all-you-can-eat option which includes hot dogs, hamburgers, pizza, barbeque and more!

RHP Dylan File is scheduled to start Game 2 for the Shuckers. In his last outing, File was nearly unhittable against the Pensacola Blue Wahoos, throwing a career-high 8.1 innings en route to a 4-1 Shuckers victory. The righty allowed just one hit in his first eight innings of work and carried a shutout into the ninth inning against Pensacola, striking out six in the process and issuing just one walk.

Biloxi will look to keep their hot bats rolling with the likes of C.J. Hinojosa, who delivered four RBIs in the clinching Game 5 victory over the Pensacola Blue Wahoos, and Jake Gatewood, who hit .429 over five games against Pensacola, including three home runs and six RBIs.

Once the Shuckers complete their two games at MGM Park, the series will shift to the Ballpark at Jackson, with Game 3 scheduled for Friday, September 13 at 6:05 pm CT. Games 4 & 5 will be played in Jackson, TN if necessary, with first pitch coming at 6:05 pm CT for both games.

All games in the Southern League BC® Powder Championship Series can be heard locally in Biloxi on Cruisin' WGCM AM 1240/100.9 FM, TuneIn Radio or the MiLB First Pitch App and can be seen on MiLB.TV.