Patience Rewarded in the Ninth as Biloxi Edges Montgomery 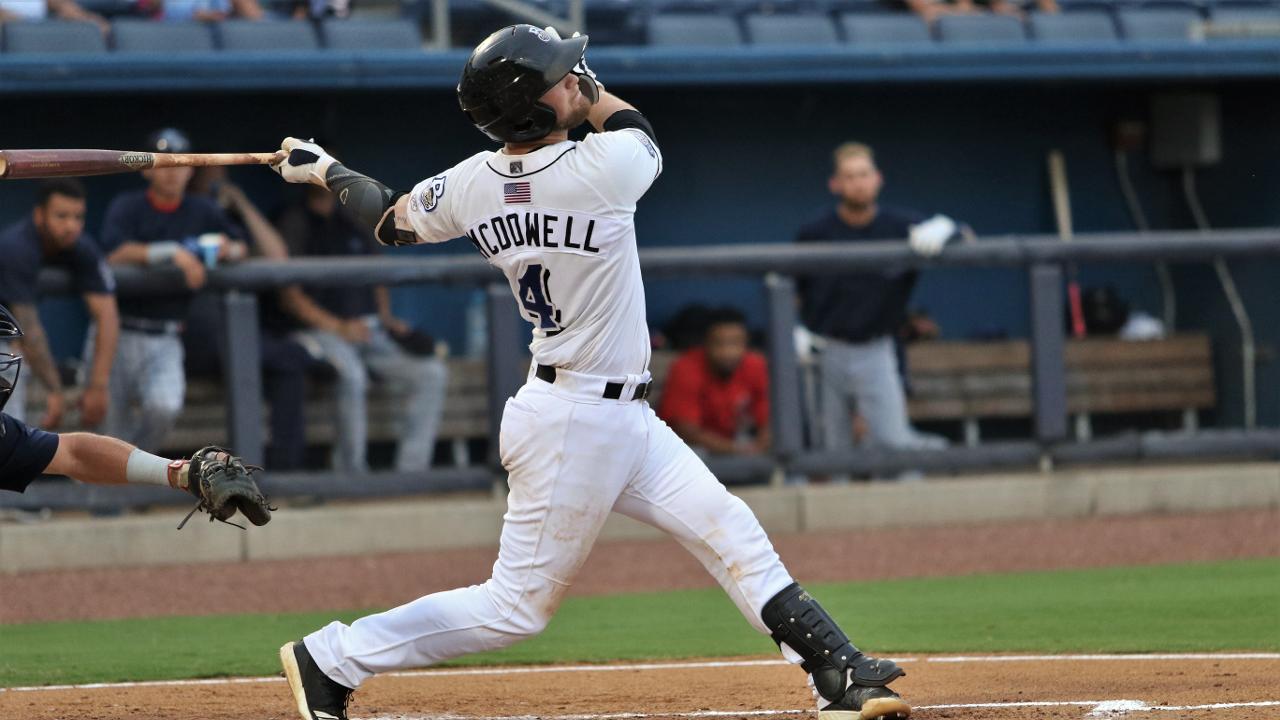 The Biloxi Shuckers (77-52, 36-23 2nd Half) drew a bases loaded walk in the ninth inning on Thursday night to top the Montgomery Biscuits (84-46, 40-20 2nd Half) 6-5 at Riverwalk Stadium and avoid a series sweep. Despite three Biloxi home runs, Montgomery tied the game on two separate occasions before the Shuckers took their third and final lead.

With a single swing in the first inning, Weston Wilson provided the Shuckers with their largest lead of the series. Cooper Hummel and Dillon Thomas drew walks from Matt Krook and Wilson followed with a three-run home run over the left field wall. The home run was Wilson's 17th of the season and gave Biloxi and early 3-0 cushion.

After Montgomery scored in the bottom of the first, Max McDowell crushed a solo home run off Krook for a 4-1 lead in the second inning. Montgomery continued to inch back against Alec Bettinger, scoring a run in each of their first four innings against the right-hander. Jim Haley doubled home a run in the second, Brett Sullivan clubbed a home run in the third, and Haley followed up with a game-tying homer in the fourth. Bettinger completed six inning and struck out four but didn't factor into the decision.

The two sides then traded home runs with Dillon Thomas drilling a go-ahead shot in the sixth, and Rene Pinto tying the game at 5-5 with a solo shot in the seventh off Clayton Andrews (W, 2-0). Andrews returned to pitch a scoreless eighth and keep the game deadlocked.

Knotted in the ninth, Jhonleider Salinas (L, 3-2) gave up a one-out single to C.J. Hinojosa and saw his command slip. Bruce Caldwell and Ryan Aguilar drew walks, and with the bases loaded, Max McDowell watched ball four to bring in the go-ahead run.

Leading 6-5, Nate Griep (S, 21) entered to close the ninth and allowed a lead-off single to Tristan Gray. Carl Chester swung at strike three in the next at bat, and McDowell snapped a throw down to second to catch Gray stealing for the double play. Griep then struck out Haley to end the game and avoid the sweep.

The Shuckers return to Biloxi on Friday night to begin their final regular-season homestand, hosting the Mississippi Braves. RHP Bowden Francis (6-8, 3.86) is scheduled to take the mound for Biloxi while Mississippi will throw Connor Johnstone (5-4, 4.46 ERA). First pitch is at 6:35 pm and fans will get to enjoy fireworks after the game. The game can be heard locally in Biloxi on Cruisin' WGCM AM 1240/100.9 FM, TuneIn Radio or the MiLB First Pitch App and can be seen on MiLB.TV. Fans can save $10 off their subscription when they use the promo code 'Shuckers' at checkout.

Flex Plans and Group Outings for the 2019 Biloxi Shuckers season are on sale and are available for purchase by calling 228-233-3465, online at biloxishuckers.com or by visiting the MGM Park front office. With the 2020 Southern League schedule announced, Shuck Nation Memberships for the 2020 season are also available by visiting the Biloxi Shuckers front office. The Biloxi Shuckers will host Game 1 and Game 2 of the South Division Championship Series on September 4 & 5 at MGM Park. Tickets for all six potential playoff games at MGM Park are on sale now.