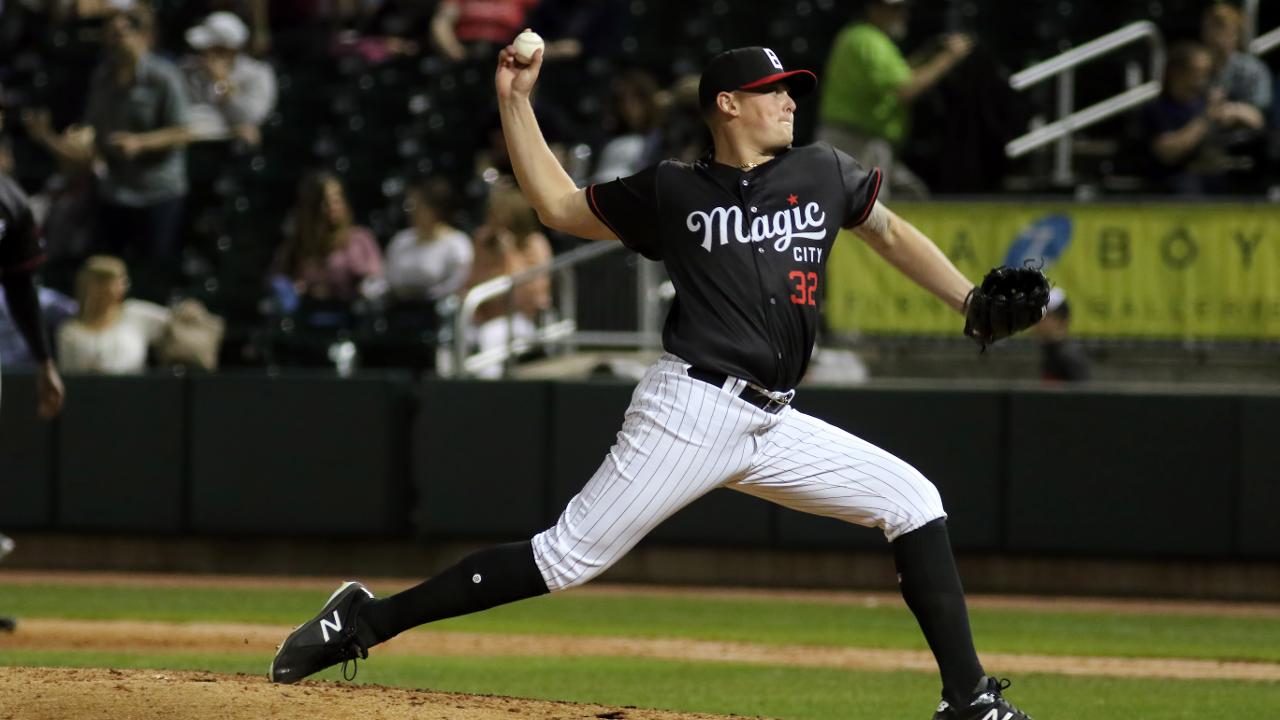 Ryan Burr did work on the mound in the Birmingham win on Thursday night, stranding a go-ahead run on third and retiring 6-of-7 batters over 2.0 innings (Michael Wade)

After a back-and-forth ride through six innings, Ryan Burr  and Jose Ruiz  shut down the Tennessee Smokies (49-42) and put the Birmingham Barons (43-46) in position for the 8-5 win at Smokies Stadium on Thursday night.