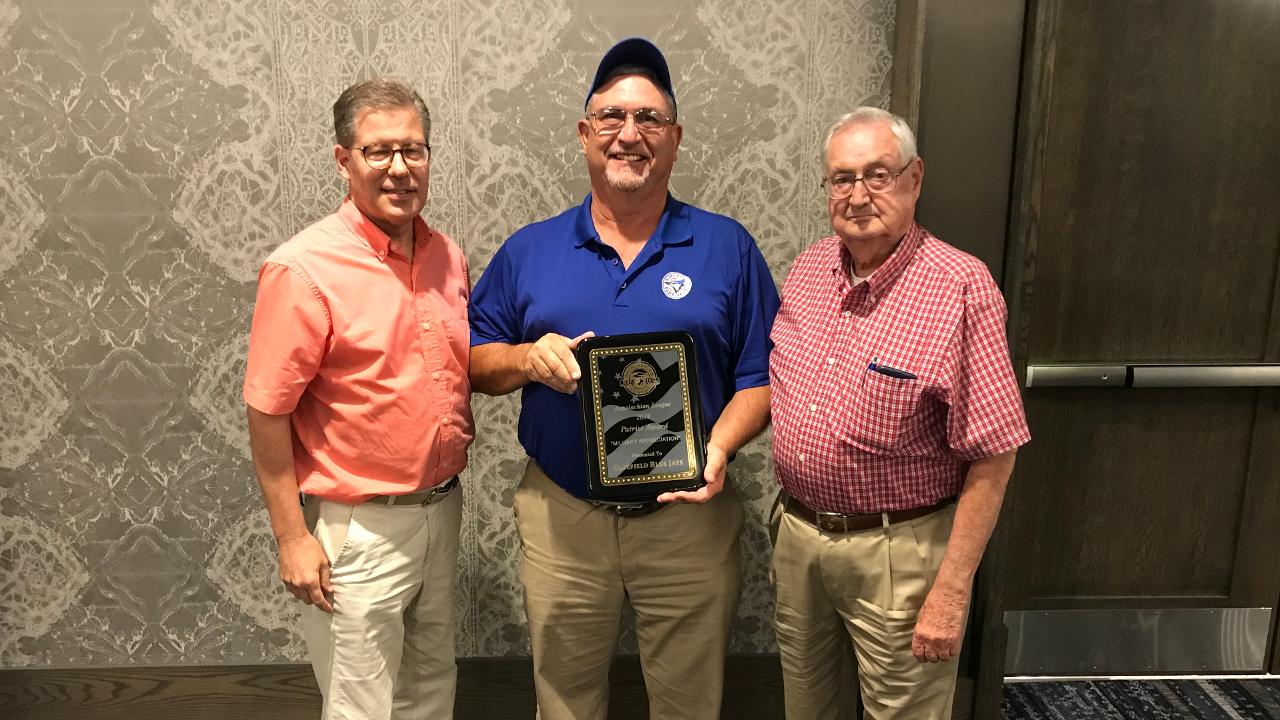 Patriot Award - Bluefield Blue Jays
The Bluefield Blue Jays are the 2019 recipient of the Appalachian League Patriot Award, presented to a club or individual for outstanding support of, and engagement with, the United States Armed Forces and veterans, both at the ballpark and in the community. On July 6, 2019, Bluefield played host to 373 veterans and their families during the annual Military Appreciation Night. With the support of several sponsors, the Blue Jays were able to provide admission, food vouchers, desserts, tote bags filled with crisis intervention materials, and giveaways to veterans and their families. Additionally, a ROTC and American Legion color guard presented the colors while the National Anthem was performed by a Wounded Warrior accompanied by his service dog. During the game, children of the veterans participated in on-field games. Bluefield will be the League's nominee for MiLB's Charles K. Murphy Patriot Award.