A grand slam and a three-run blast 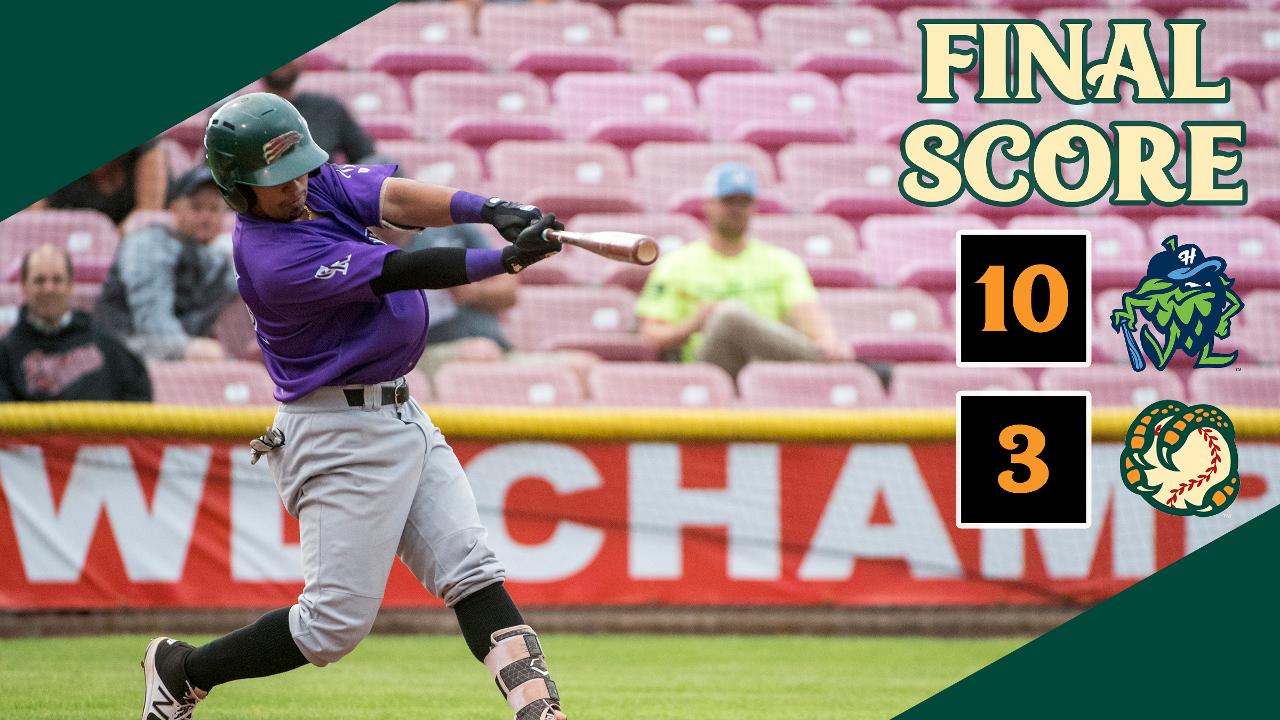 Boise was the first to get on the board when the bases were loaded and LJ Hatch bounced a ball up the middle and an error on a catch by the Hillsboro first baseman scored two runs for the Hawks.

Their 2-0 lead was short lived as in the top of the sixth inning with two runners on, Ryan January launched his sixth double of the year and two runs came across to tie it up 2-2.

The top of the seventh inning was where Hillsboro struck big. After the bases were loaded with one out, Tristin English obliterated a ball out to left field for his first grand slam of the year and his seventh home run of the season. That big home run made the score 6-2 Hillsboro.

English struck back in the top of the ninth inning when he launched a double into left field and a run scored to make it 7-2 Hillsboro. January then followed up with a three-run blast out to right field to push the Hops ahead 10-2.

Tyler Plantier lined a triple into center field to reach a run across for the Boise Hawks but they would come up short by a 10-3 mark.

Boise will take on Hillsboro Sunday at 7:15 p.m. for game two of the series.