Game 76: Hawks drop final game of the season 13-5 against Hops

High-scoring game to end the season 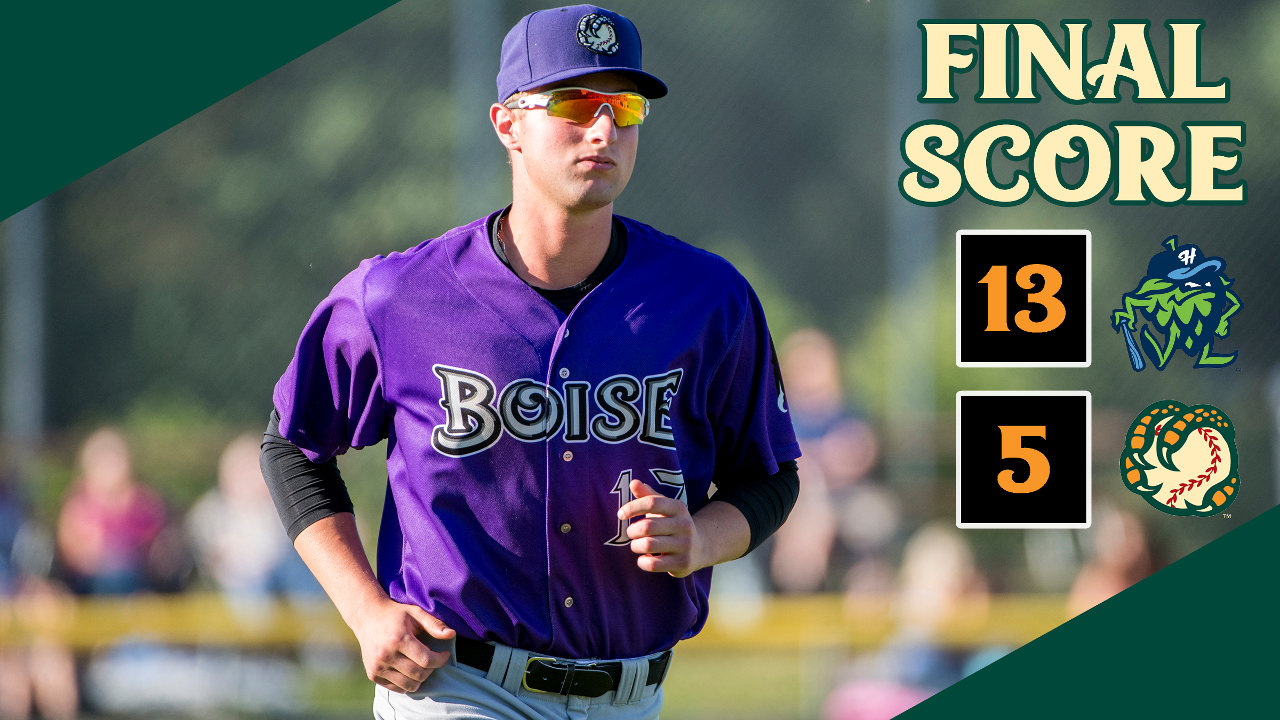 There was an onslaught of scoring throughout the ballgame and Hillsboro started the scoring train in the bottom of the second inning. Ryan January batted his seventh double of the season and then Nick Grande singled on a grounder to right field to make it a 2-0 lead for the Hops.

Boise tacked on their first run in the bottom of the third inning from Joe Aeilts ninth double of the season rocketed to left-center field to make 2-1 Hillsboro.

The Hops would get a solo home run in the top of the fourth inning and after that, scored 10 more unanswered runs.

In the eighth inning Hillsboro scored the majority of their runs with six in that eighth inning. The inning included the six runs off of three hits and five walks, along with three different Hawks pitchers.

The ninth inning sparkled momentum for the Hawks with a leadoff double from Tyler Plantier and Zach Hall knocked him in with an RBI-single. Yorvis Torrealba then got hit by a pitch and Robert Metz reached on a single to load the bases; all with no outs.

Nic Motley then flamed a ball out to center field that cleared the bases for his first double of the season. It was 13-5 after the base hit and that would be the ending score.

The Hawks regular season ends with a final record of 27-49 on the year for the Boise Hawks.