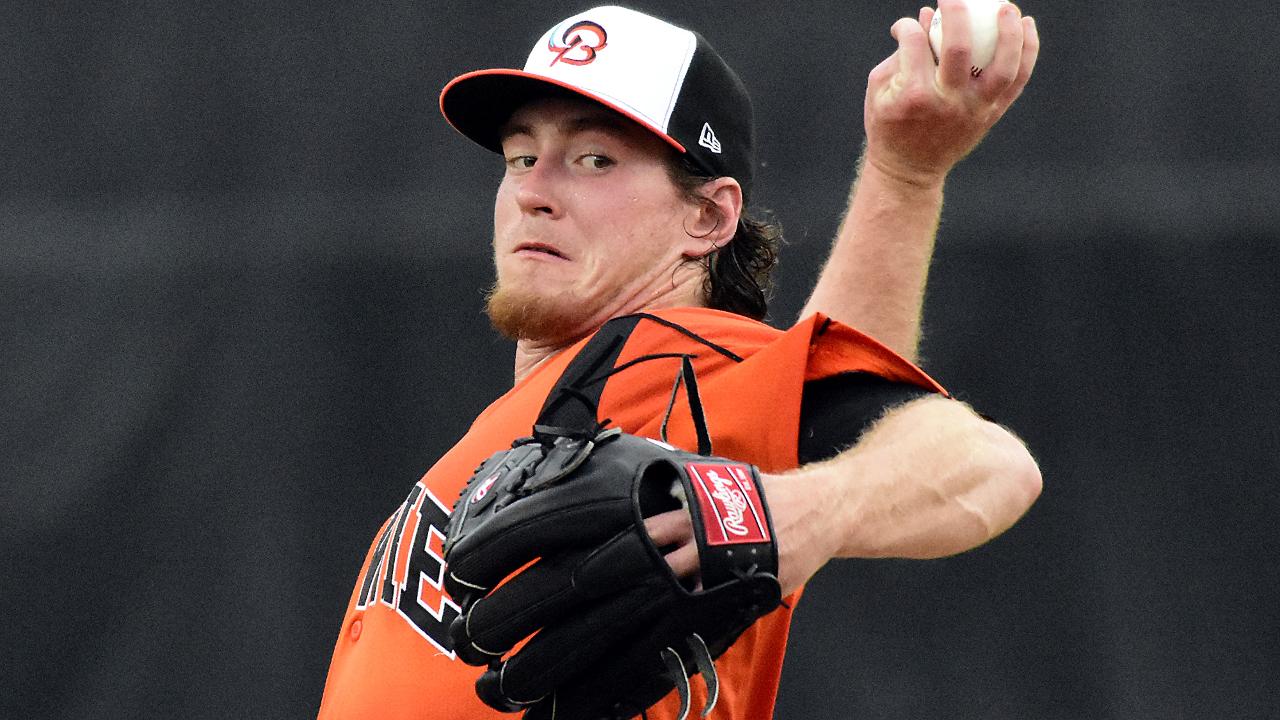 Making his first Double-A start at home, the righty walked a pair of batters and struck out 10 to complete the first nine-inning no-hitter for the Baysox since Radhames Liz achieved the feat on June 1, 2007, against the Senators. Baumann threw no more than 16 pitches in an inning and tossed single-digit pitches five times. The no-hitter was also the third by a single Baysox pitcher in franchise history.

Bowie (20-5) broke the seal off the pitcher's duel in the sixth inning. With one out, Ryan McKenna grounded a single to left field for his 42nd RBI of the season. Mason McCoy, who reached on an infield single, scored when reliever Brad Boxberger cut off the relay throw a few steps in front of home plate.

The hosts busted the game open with a five-run sixth inning to inflate their lead to 6-0. A pair of singles set the stage for T.J. Nichting, who sent an opposite-field two-run double over the head of Rafael Bautista in left field to score Jesmuel Valentin and Preston Palmeiro. Two batters later, Cedric Mullins reached on fly ball double off the glove of a diving Luis Garcia to score Nichting.

McKenna grounded his second RBI single of the game one pitch later to drive in Mullins. After a Yusniel Diaz single, Carlos Perez grounded another RBI single to left field in an inning that saw 11 batters step to the plate against reliever Brady Dragmire.

The Baysox and Senators (8-16) wrap up the 2019 season series with a 12:05 p.m. matinee. The hosts, who already clinched a 12th consecutive series victory, aims for their 11th win of the season against Harrisburg after going 1-6 in the first seven games with the Sens.