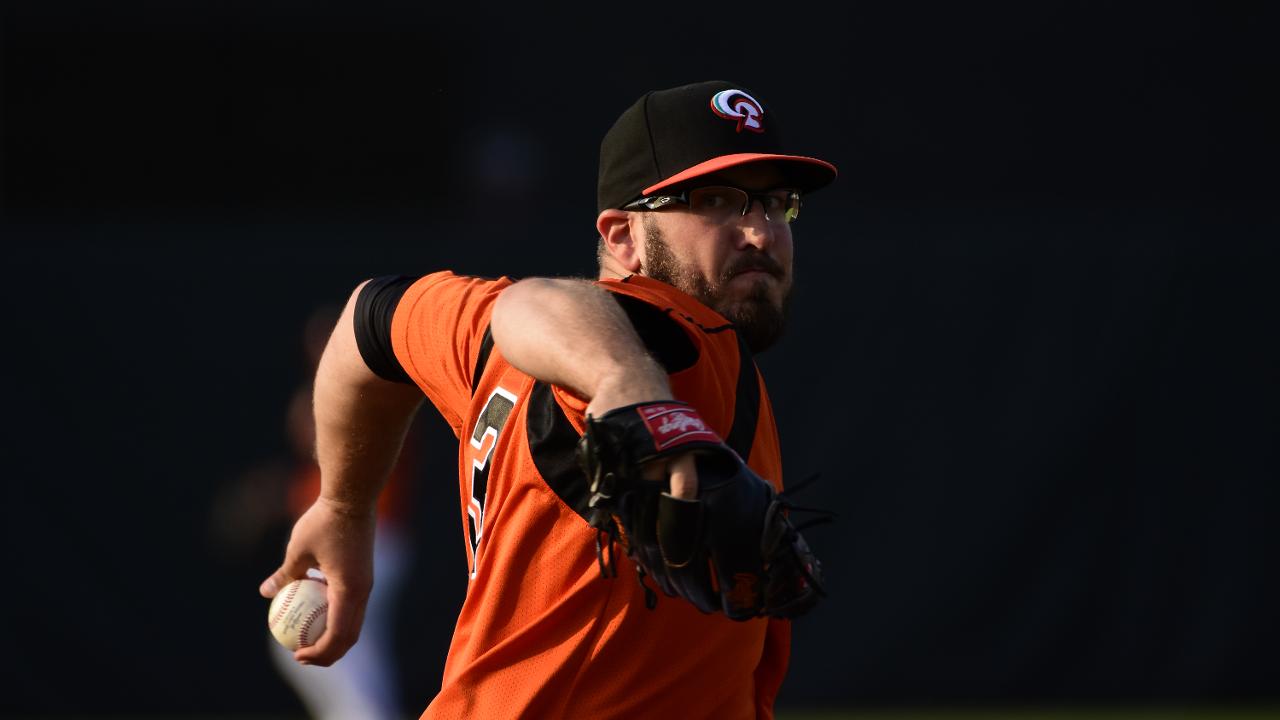 BOWIE, Md. - Ten unanswered runs sparked the Bowie Baysox to an 11-3 win over the Altoona Curve in front of 4,529 at Prince George's Stadium Friday night.

Altoona (15-12) scored their first runs of the series in the first inning, using a Jared Oliva double and a Logan Hill single to take a 2-0 lead. That margin lasted until the second inning, when Rylan Bannon sent his seventh home run of the season to deep center field, cutting the Curve lead to 2-1.

Bligh Madris tacked on a solo home run to give the Curve a 3-1 lead in the fourth inning, but the Baysox (22-6) again rallied with 10 unanswered runs in the fifth and sixth innings to take an 11-3 lead. Seven of those runs came in the fifth inning, where five of the first six batters reached via a single. The first batter not to single was Mason McCoy, who lifted a sacrifice fly to right field, plating Jesmuel Valentin and bringing the hosts within a run.

One batter after McCoy, Cedric Mullins successfully placed a game-tying RBI bunt single down the first base on the first pitch line from starter Domingo Robles to score T.J. Nichting. Two pitches later, Ryan McKenna lifted a double to shallow left-center field to drive in Preston Palmeiro. A second sacrifice fly of the inning--this one by Yusniel Diaz--scored Mullins to keep the scoring carousel going.

A 2-out error by second baseman Mitchell Tolman off the bat of Carlos Perez, scoring McKenna, kept the fifth inning going. A hit-by-pitch and a balk put two Baysox runners in scoring position, and Perez came in to score the sixth run of the frame on a passed ball by catcher Jason Delay.

The scoring continued with three runs in the sixth inning. Mullins lined a first-pitch single off reliever Yeudy Garcia to right field, scoring Palmeiro for the designated hitter's second RBI of the night. Two batters later, Diaz lined an opposite-field cue shot down the right field line to plate Mullins and McKenna.

Meanwhile, Zac Lowther earned his Eastern League-leading 11th win of the season by holding the Curve to three runs on four hits in seven quality innings. After allowing the two runs in the first inning, the lefty retired 15 of the next 16 batters through the middle innings-with Madris' homer as the lone batter to reach safely.

LHP Alex Wells (8-1, 1.95 ERA) takes the hill for Bowie, who aim for their 13th consecutive series victory. Altoona counters with RHP Beau Sulser (7-1, 1.54 ERA). Saturday night marks the 50th anniversary of the 1969 Moon Landing, and the Baysox will celebrate with a Trey 'Moon'-cini bobblehead giveaway before the game and a fireworks show after the game.