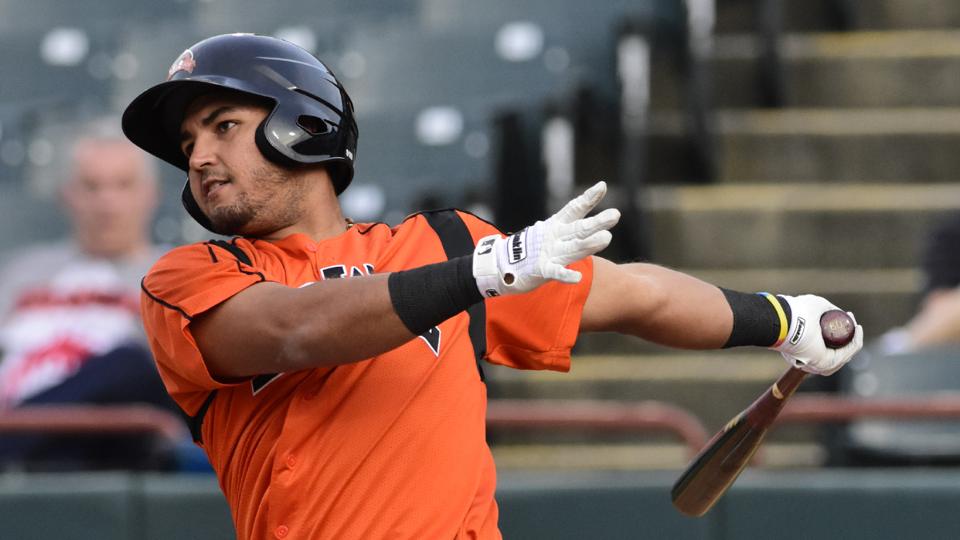 RICHMOND, Va. - A six-run third inning and more shutdown pitching led the Bowie Baysox to an 8-1 victory and a series sweep of the Richmond Flying Squirrels in front of 8,293 at The Diamond Wednesday afternoon.

The Baysox (26-7) jumped out to a big lead early, thanks to a six-run third inning against Richmond starter Keyvius Sampson. An error and two walks loaded the bases for Yusniel Diaz, who lined a two-run double to the left field corner to score Mason McCoy and Cedric Mullins.

One batter later, Carlos Perez blew the game open by cranking a three-run home run deep to left field. The ninth long ball of the season for the catcher plated Ryan McKenna and Diaz, and puts the veteran within one home run of tying for the team lead.

Rylan Bannon doubled two batters later to extend the inning for ensuing hitter Preston Palmeiro. On an 0-1 count, the first baseman grounded a RBI single to center field for his 33rd of the year and a 6-0 Bowie lead.

The visitors tacked on the two-point conversion in the sixth inning to extend the lead to 8-0. Diaz lined his second double of the afternoon to plate McCoy for the right fielder's third RBI of the day, while Perez followed with a sacrifice fly to left-center field to easily plate McKenna for his fourth RBI.

Meanwhile, Dean Kremer cruised to his sixth win in his last seven starts. The righty kept the Squirrels (13-20) off the scoreboard, allowing four hits and three walks while striking out six batters in six scoreless innings.

Luis Gonzalez tossed a scoreless seventh inning, while Pedro Araujo wrapped up the contest by tossing the final two innings. A ninth-inning Gio Brusa home run was the only run Richmond scored in the 23 innings played during the three-game series.

With a series sweep in the books, Bowie looks to keep the momentum going on the road when they travel north to Binghamton, New York, to begin a four-game series with the Rumble Ponies, Double-A Affiliate of the New York Mets. LHP Zac Lowther (11-5, 2.64) starts game one at 6:35 p.m. against Ponies LHP Kevin Smith (1-0, 3.18).