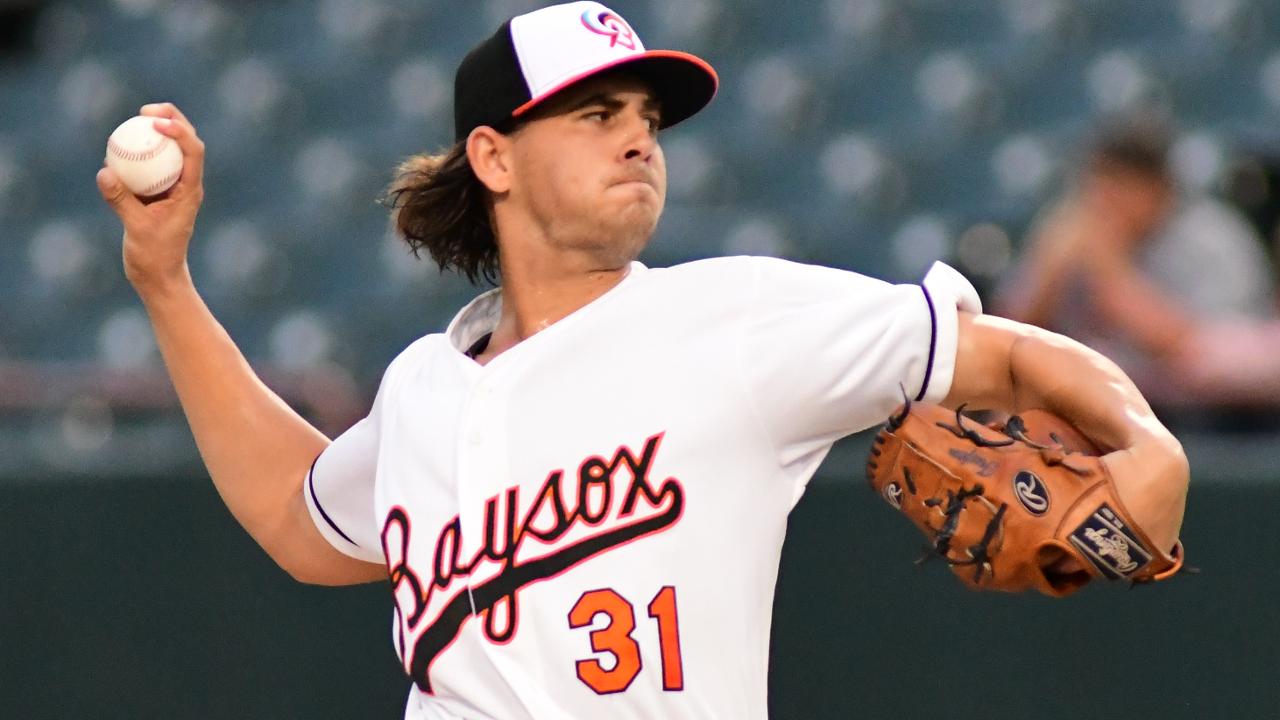 RICHMOND, Va. -- Dean Kremer benefited from five runs in the middle innings to lead the Bowie Baysox to a 5-0 victory over the Richmond Flying Squirrels in front of 6,342 at The Diamond Tuesday night.

After a pair of losses, including five days ago in Bowie against Richmond, Kremer bounced back with six strong innings to lead the Baysox (60-65) to their fourth shutout win of the season. The righty faced no more than four batters in each of his innings and struck out six Squirrels to increase his season total to 160 over 23 starts for three different teams in 2018.

The only threat the Squirrels (59-66) mustered against Kremer came during the final at-bat of the sixth inning. With two outs and a runner on first base, Ryan McKenna sent a double to center field. C.J. Hinojosa attempted to score, but McKenna combined on a relay with shortstop Erick Salcedo and catcher Martin Cervenka to keep the hosts off the scoreboard. Chris Lee tossed two scoreless innings of relief, while Jay Flaa nailed down the win with a scoreless ninth inning.

Offensively, Bowie used the same recipe as Monday night's victory by stringing together a four-run lead to cruise to a third straight win. This time, the four-run frame came in the fourth inning without the use of a home run. A Cervenka double, a Rylan Bannon single and a McKenna walk loaded the bases with one out, and Corban Joseph continued his hot series by sending a single to center field for his fifth RBI in two games against Richmond.

Up 1-0, the Baysox kept the offense rolling. With Aderlin Rodriguez batting, Richmond RHP Chase Johnson unleashed a wild pitch to allow Bannon to trot home with the game's second run. A fielding error by Jonah Arenado at third base increased the lead to 3-0, and Austin Hays capped off the inning plating Joseph on a RBI groundout to third base.

Bowie manufactured another run in the fifth inning without needing a hit. Anderson Feliz led off the frame with a four-pitch walk and promptly stole his 19th stolen base of the season. After advancing to third on a Cervenka fly ball to center field, Feliz raced home on a Salcedo sacrifice fly to center field to give the visitors a 5-0 lead.