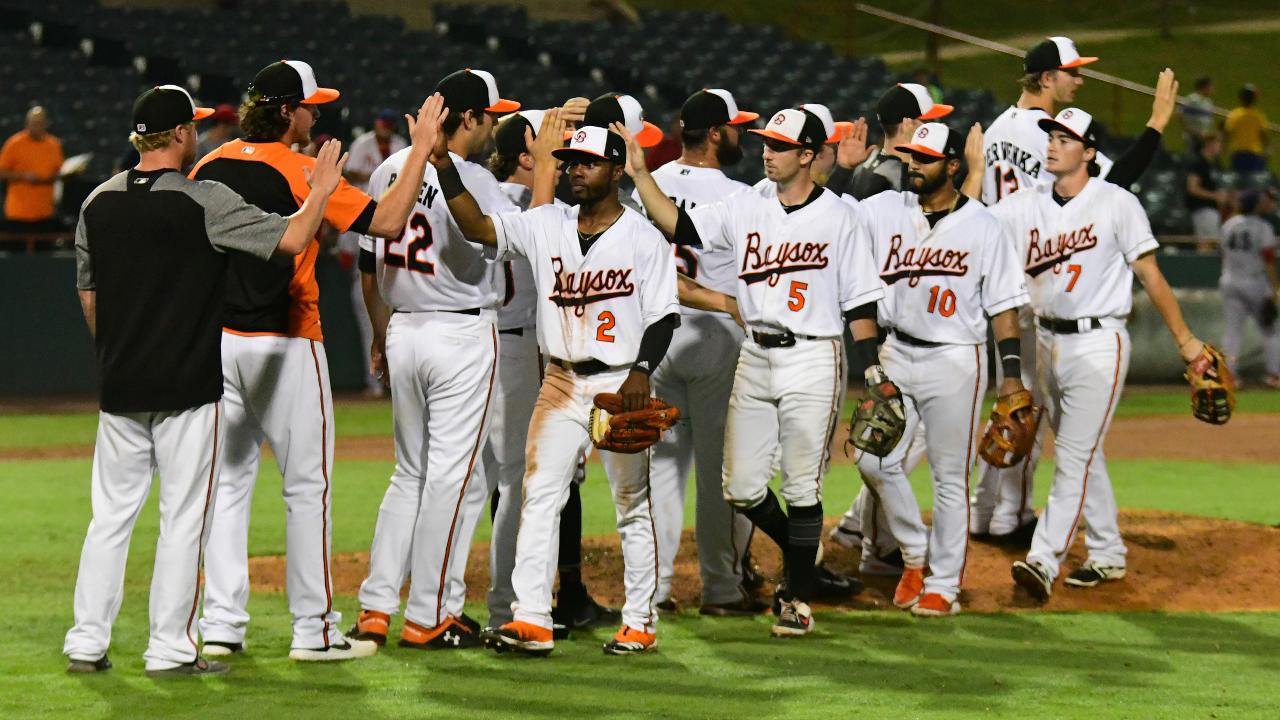 BOWIE, Md. - The Trenton Thunder became the 2019 champions with a 5-2 win over the Bowie Baysox in front of 2,413 at Prince George's Stadium in Game 4 of the Eastern League Championship Series Friday night.

Identical to Game 3, the Thunder struck first with a leadoff solo home run in the second inning--this one down the left field line off the bat of Kellin Deglan. Rashad Crawford flared a RBI single, while Zach Zehner sent a ground-rule double to right field to drive in some early insurance runs and give the guests a 3-0 lead.

Chris Gittens homered for the second straight game leading off the third inning, extending the advantage to 4-0. The Baysox bats got going a few innings later, cracking the scoreboard in the sixth inning. Cedric Mullins launched a two-out solo home run to right-center field off rehabbing Yankees reliever Dellin Betances to break up the no-hit bid started by Rony Garcia.

Bowie's offense ended their final at-bats on a high note, with Anderson Feliz taking Daniel Alvarez deep to left field for an opposite-field solo home run in the ninth inning.

Defensively, the Bowie bullpen kept the squad in the contest after Trenton got to starter Tyler Herb. Tayler Scott, Luis Gonzalez, Diogenes Almengo and Cristian Alvarado combined to allow two runs in the final seven innings. The pitching staff as a unit struck out 13 Thunder batters.

The Baysox return for the 2020 season on Thursday, April 9, when they host the Richmond Flying Squirrels-Double-A Affiliate of the San Francisco Giants-in both the home and the season opener at Prince George's Stadium.