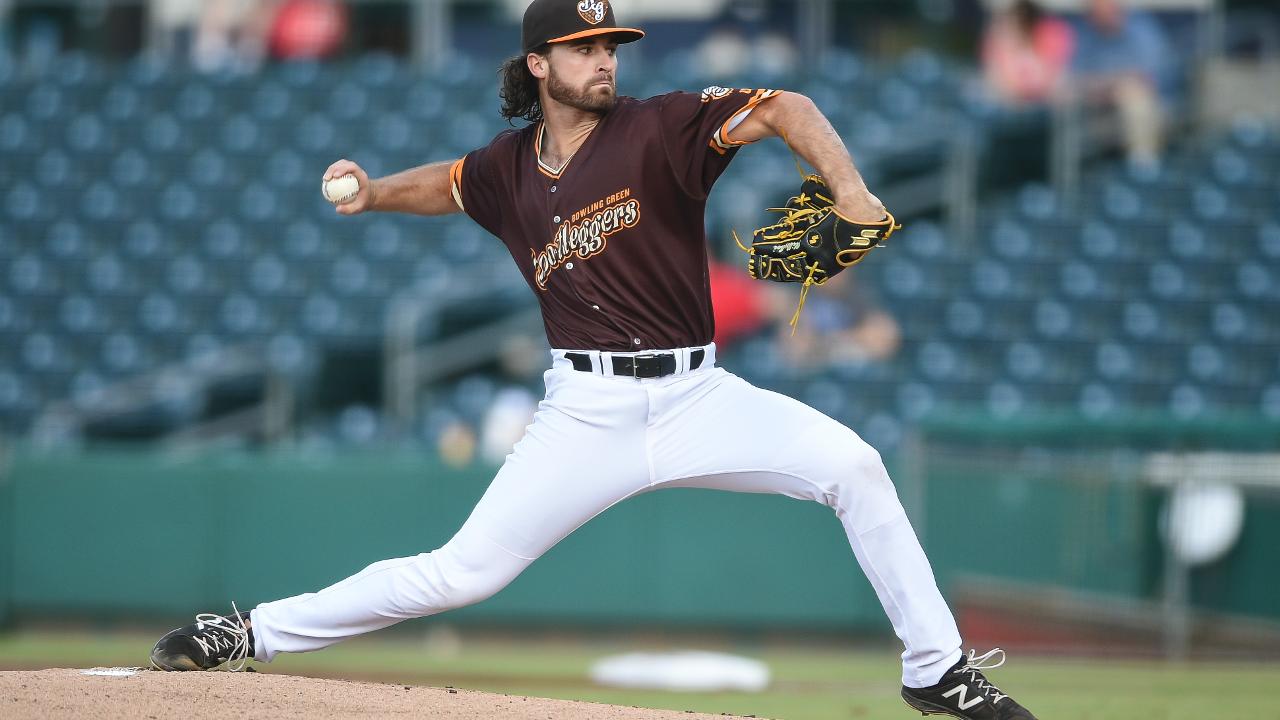 Miller Hogan earned his sixth-consecutive win as the Bowling Green Bootleggers defeated the Lake County Captains 3-1 on Thursday night at Bowling Green Ballpark. Bowling Green improved to 79-56, 40-25 in the second half, while also reducing their magic number to clinch the second-half division crown to two games, ahead of Friday night's final home game of the season, which will have a 6:35 p.m. first pitch.

After a scoreless first inning, the Captains took the early lead against Hogan in the second. Jesse Berardi lined the first pitch of the inning off the top of the right-field wall for a leadoff double. He immediately came around to score on a single by Daniel Schneemann to give Lake County a quick 1-0 lead.

However, the Bootleggers came right back in the bottom of the frame against Lake County starter Ethan Hankins. After Grant Witherspoon drew a leadoff walk, Chris Betts lined a double into the right field corner, scoring Witherspoon all the way from first to tie the game.

In the fifth, Hankins gave way to Kellen Rholl, who promptly issued walks to Erik Ostberg and Jordan Qsar to begin the inning. Ford Proctor followed with a double to left, scoring Ostberg to break the tie. With one out, Jonathan Aranda walked to reload the bases, setting the stage for Ruben Cardenas, who drove in Qsar with a sacrifice fly, giving the Bootleggers a 3-1 lead.

The Bootlegger bullpen did the rest, as Nick Sprengel allowed a hit in three-consecutive innings, but allowed no runs. In the ninth, Joel Peguero worked around a two-out walk, throwing a scoreless frame to secure a 3-1 lead.

Notes: Schnell has hit safely in eight-straight games…Hogan's sixth-straight wins are the most by a BG pitcher this season… Bowling Green went 5-4 this year under the Bootleggers moniker… The Bootleggers are 17-10 in the month of August… BG is 44-24 at home…The Bootleggers are 60-38 against right-handed starters…The Bootleggers won for the 17th time when being out-hit by their opponent…Bowling Green will finish their regular-season home schedule tomorrow night, with first pitch at 6:35 p.m. CDT…RHP Alan Strong (9-4, 2.97) will start for Bowling Green, while Lake County counters with LHP Eli Lingos (3-1, 3.80)…Tomorrow, Bowling Green will take the field as the Sinkholes, with the game-worn jerseys being auctioned off after the game…Fans can catch all the action with Shawn Murnin on Willie 107.9 FM, as well as, with their smart phones via the MiLB First Pitch app and TuneIn Radio app.