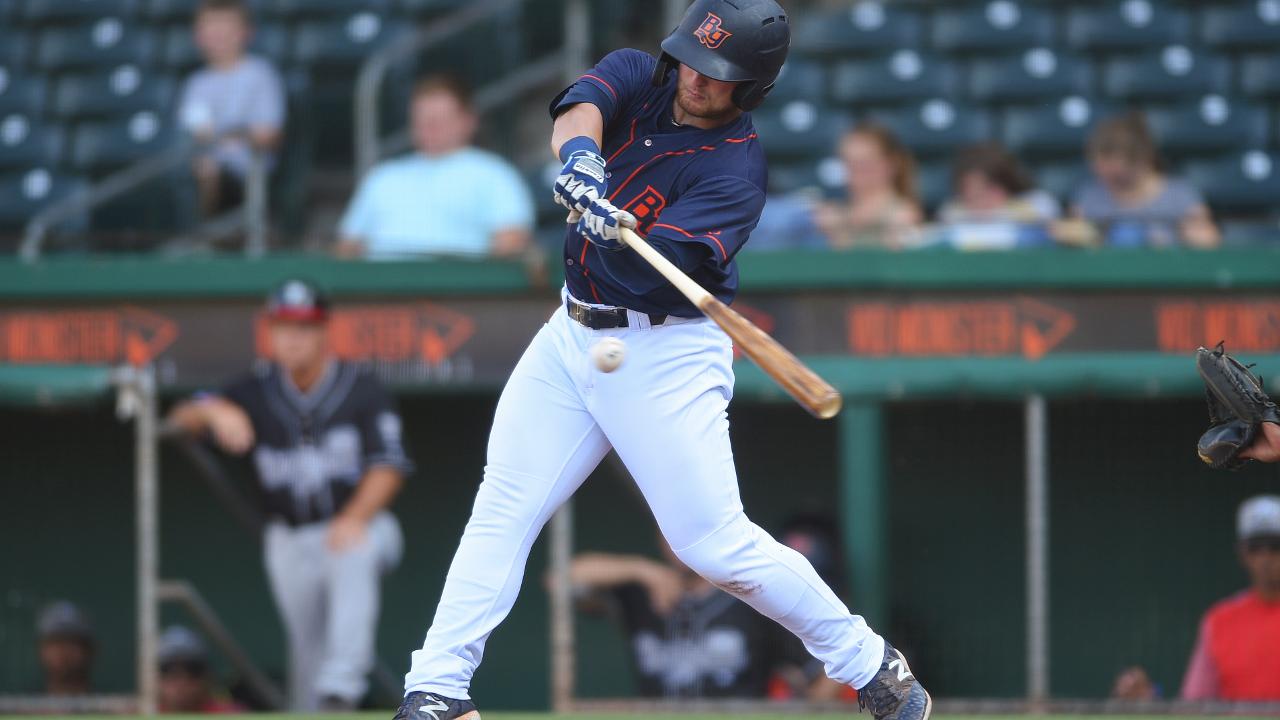 The Bowling Green Hot Rods carried a one-run lead into the ninth inning, but the South Bend Cubs rallied for three runs in the ninth, advancing to the Eastern Division Finals and eliminating the Hot Rods from the postseason with a 7-4 victory. The Hot Rod season comes to an end, with Opening Day at Bowling Green Ballpark scheduled for April 9, 2020.

In the second inning, the Hot Rods took the lead by mounting a two-out rally against Cubs starter Riley Thompson. After singles by Jonathan Aranda and Osmy Gregorio put runners on the corners, Erik Ostberg lined a double just out of the reach out left fielder Brennen Davis, scoring both runners to give Bowling Green a 2-0 lead.

In the third, though, South Bend mounted their own two-out rally against Strong. After back-to-back walks, Jake Slaughter singled to left, scoring Davis to half the deficit. Cole Roederer followed with an infield single, but the Hot Rods cut down the tying run at the plate to preserve the 2-1 advantage.

Both teams traded runs in the fourth as the Cubs tied the game when Velazquez singled with one out, moved to third on an error, then came home on an infield single from Clayton Daniel. Bowling Green promptly regained the lead against Thompson in the bottom of the frame as Ruben Cardenas led off the inning with a single, advanced to second on a wild pitch, then scored on a single by Gregorio, giving the Hot Rods a 3-2 lead.

Once more, the two teams traded runs in the fifth as Davis led off with a double, then scored on a sacrifice fly with one out. In the bottom of the inning, the Hot Rods had runners on first and second with one out, when Jordan Qsar grounded to first. After an out at second, the throw to first was errant, allowing Grant Witherspoon to score the go-ahead run.

The game then went into the hands of the bullpen as Nathan Witt came on and worked around a leadoff double in the sixth, firing scoreless and seventh frames before giving way to Joel Peguero with a runner on first and two outs in the eighth, still clinging to a one-run advantage. After a single put runners on the corners, Peguero struck out pinch-hitter Fidel Mejia to end the inning.

In the ninth, though, Andy Weber lined a one-out double against Peguero and Davis followed with a single, putting runners on the corners with one out. Nelson Maldonado then dribbled a grounder u the first base line, but Peguero's throw to first was high, tying the game and moving Davis to third. After another error gave the Cubs the lead, Cole Roederer singled home another run, and Michael Costanzo came out of the bullpen and surrendered a bases-loaded walk to make it 7-4 South Bend.

In the bottom of the ninth, the Hot Rods went down in order, watching their season come to an end with a 7-4 defeat.

Notes: Bowling Green has lost six series in the first round all-time, five of which were two-game sweeps… Gregorio and Ostberg recorded two-hit games… Strong walked three batters, tying his career-high… The Hot Rods allowed 15 hits, the second-most allowed in a playoff game in franchise history… This is the third time Bowling Green had seen their season end with their opponent winning the playoff clincher in their last at-bat… The Hot Rods will be back on April 9, 2020 for Opening Day of the 2020 season at Bowling Green Ballpark…Fans can catch all the action with Shawn Murnin on Willie 107.9 FM, as well as, with their smart phones via the MiLB First Pitch app and TuneIn Radio app.