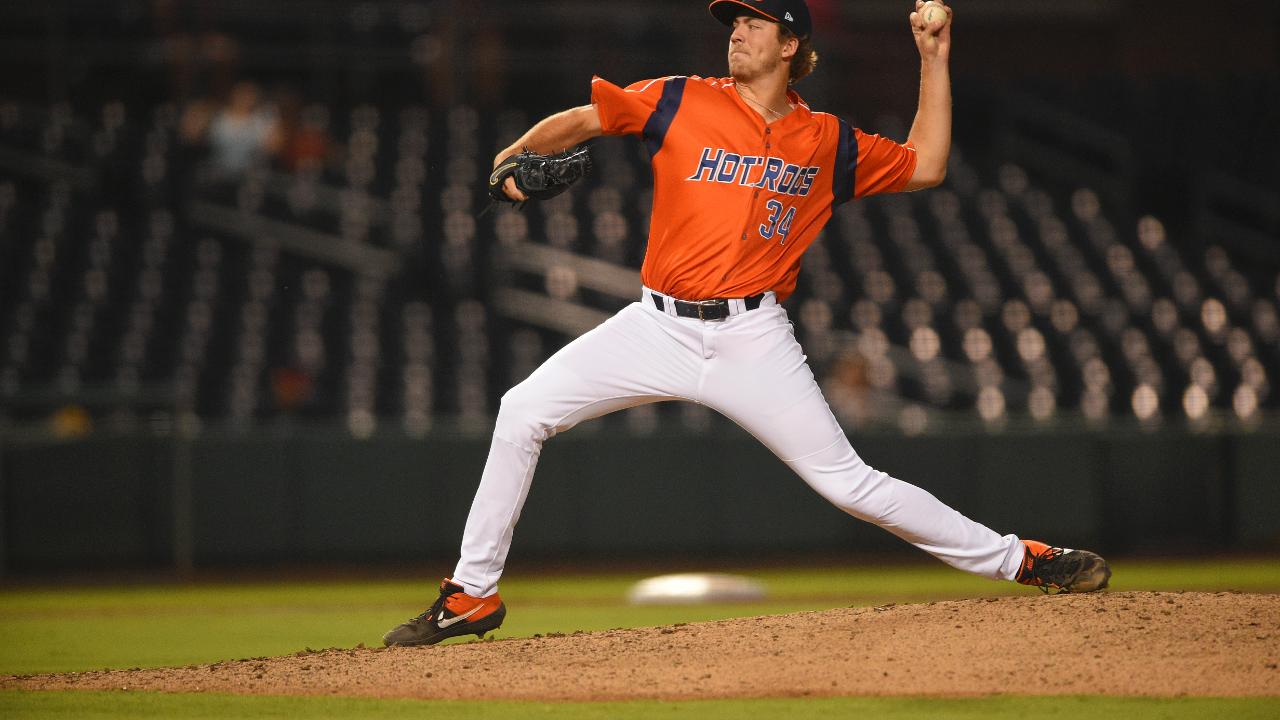 The Bowling Green Hot Rods fell 5-1 in 10 innings to the Lake County Captains in the first game of a three-game series on Wednesday night. The Hot Rods fell to 78-56, 39-25 in the second half, ahead of Thursday night's game, which will have a 6:35 p.m. first pitch.

In the top of the first, Matthew Liberatore retired the first two hitters he faced, but he allowed a single and a walk with two outs. Jonathan Engelmann followed with an RBI double to left-center, bringing home Jose Fermin for the first run of the game, giving the Captains the early advantage.

The score remained the same until the bottom of the fourth, when the Hot Rods tied the game against Lake County starter Matt Turner. Ruben Cardenas doubled with one out, then scored when Seaver Whalen singled to center, knotting the score at one apiece.

Caleb Sampen entered the game and kept things in check, allowing just one hit over his three innings. Meanwhile, Bowling Green failed to mount a threat against Turner and reliever Thomas Pontacelli. Chris Muller entered the game in the eighth and stranded runners in scoring position in both the eighth and ninth innings, preserving the tie. However, the Hot Rods failed to score as well, sending the game into extra innings.

In the tenth, Muller walked two of the first three hitters of the inning, loading the bases with one out. Quentin Holmes rolled a ground ball to third, but Osmy Gregorio could not come up with it, allowing two runs to score, giving Lake County the lead. With two outs, Jose Fermin lined a two-run double to left-center, giving the Captains a pair of insurance runs to take a four-run lead.

The Hot Rods went down in order in the bottom of the tenth, falling 5-1 in the series opener.

Notes: Whalen recorded his 13th multi-hit game…Cardenas had his 28th multi-hit contest…Schnell has hit safely in seven-straight games…Aranda struck out three times, tying a career-high for the third time…Sampen made his first relief appearance since July 2, 2018 vs. Idaho Falls (with Ogden), snapping a string of 32-straight starts…Bowling Green is 5-6 in extra-inning games…The Hot Rods are 15-10 in the month of August… BG is 23-19 in series openers…The Hot Rods are 19-18 against left-handed starters…The Hot Rods will play the middle game of a three-game series with Lake County on Thursday night, with first pitch at 6:35 p.m. CDT…RHP Miller Hogan (6-3, 3.16) will start for Bowling Green, while Lake County counters with RHP Ethan Hankins (0-3, 5.19)…Tomorrow is the final Bootlegger Thursday of the season, sponsored by Casey Jones Distillery, featuring $1 and $2 beer specials…BG will also take the field as the Bootleggers one last time this season…Fans can catch all the action with Shawn Murnin on Willie 107.9 FM, as well as, with their smart phones via the MiLB First Pitch app and TuneIn Radio app.