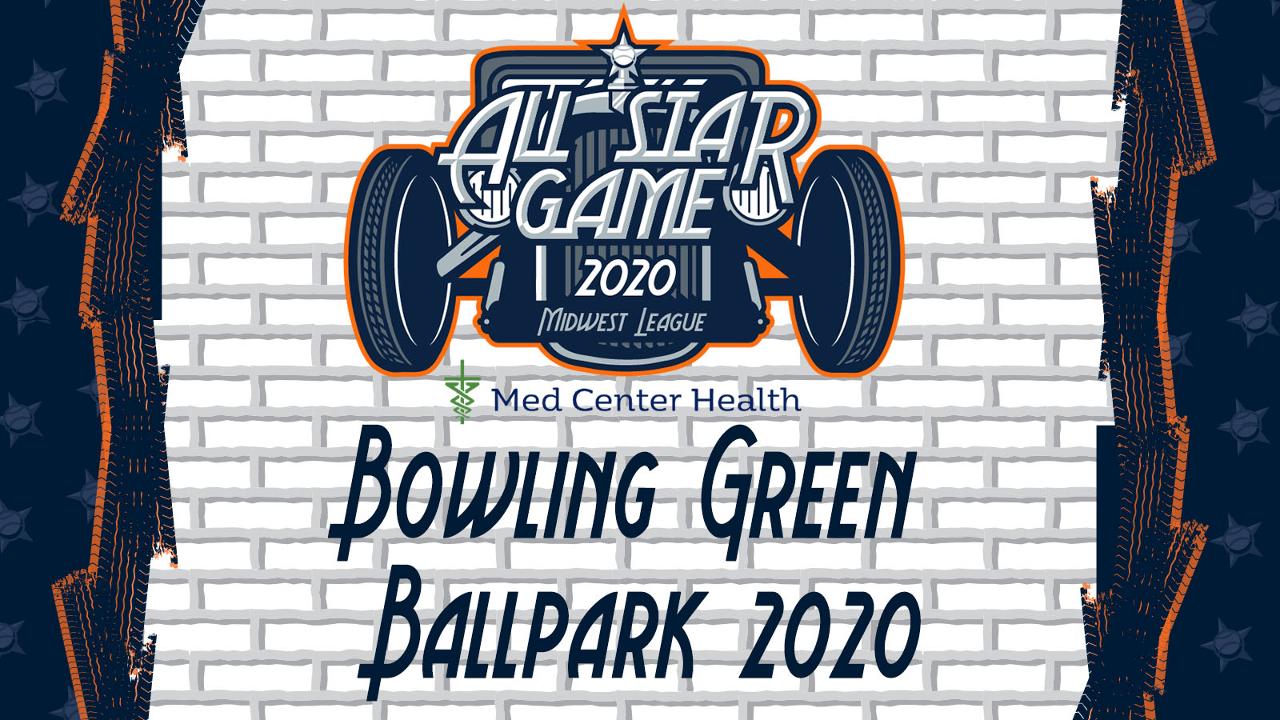 "The Midwest League All-Star Game is a huge event," 2019 Midwest League Executive of the Year and Hot Rods GM/COO Eric C. Leach said. "We're so excited to showcase our amazing city to the entire league while bringing the future stars of the MLB to Bowling Green. When you partner that with all of the wonderful festivities we're planning around the game, it's going to be the baseball event of the year in Kentucky! Something like this only happens once every fifteen, or so, years."

The 2020 season marks the first time in Bowling Green History that the Midwest League All-Star Game will be played in South Central Kentucky. Established in 2009, the Hot Rods have been a member of the Midwest League since 2010 and won their first championship in 2018. In 2019, the Hot Rods invested more than $2 million dollars in upgrades including a new playing surfaced, upgraded fan amenities and a new scoreboard.

"While 2019 was one of the best seasons we've ever had in Bowling Green, 2020 is going to be even better," Hot Rods Owner Jack Blackstock said. "Hosting the All-Star Game is an opportunity that's been 11 years in the making. This four-day event is unique to not just Bowling Green, but all across the country. Fans who come out to the ballpark will get to not only watch but meet future Major League Baseball players right in their own back yard. These guys are the best of the best."

"Med Center Health is excited to support the Bowling Green Hot Rods by serving as the title sponsor of the Midwest League All-Star Game in 2020," said Wade Stone, Executive Vice President of Med Center Health. "Our mission is to improve lives in the communities we serve, and we recognize that a community is strongest when its residents work together as a team. We look forward to working alongside the Bowling Green Hot Rods throughout the course of this exciting event. Hosting the Midwest League All-Star Game is a significant milestone not only for Bowling Green-Warren County but for Hot Rods fans throughout our region."

The weekend will begin on Saturday with the second annual Hot Rods High School All-Star Showcase with players from Region 3 and Region 4. On Sunday, the Hot Rods will host an event known as Bourbon, Beer and Baseball at Bowling Green Ballpark that will feature an opportunity to meet at greet some of the greatest players the game of baseball has to offer, as well as, bourbon and beer samplings from around the region. All-Star week begins on Monday with Fan Fest where attendees can meet the 2020 Midwest League All-Stars and some MLB Hall of Famers followed by the 2020 Midwest League Home Run Derby. Festivities wrap up on Tuesday with the All-Star Luncheon, and finally, the Midwest League All-Star Game.

All events for the 2020 All-Star Game presented by Med Center Health are subject to change. Further information and details about the event will be available at bghotrods.com as it becomes available. Ticket packages will go on sale to the public on October 15th but are limited to purchases of the event ticket packages only. Individual tickets will be available beginning in February 2020. For the event package information please visit www.bghotrods.com or call 270-901-2121.