Bisons mash their way to 11-3 win over 'Hens 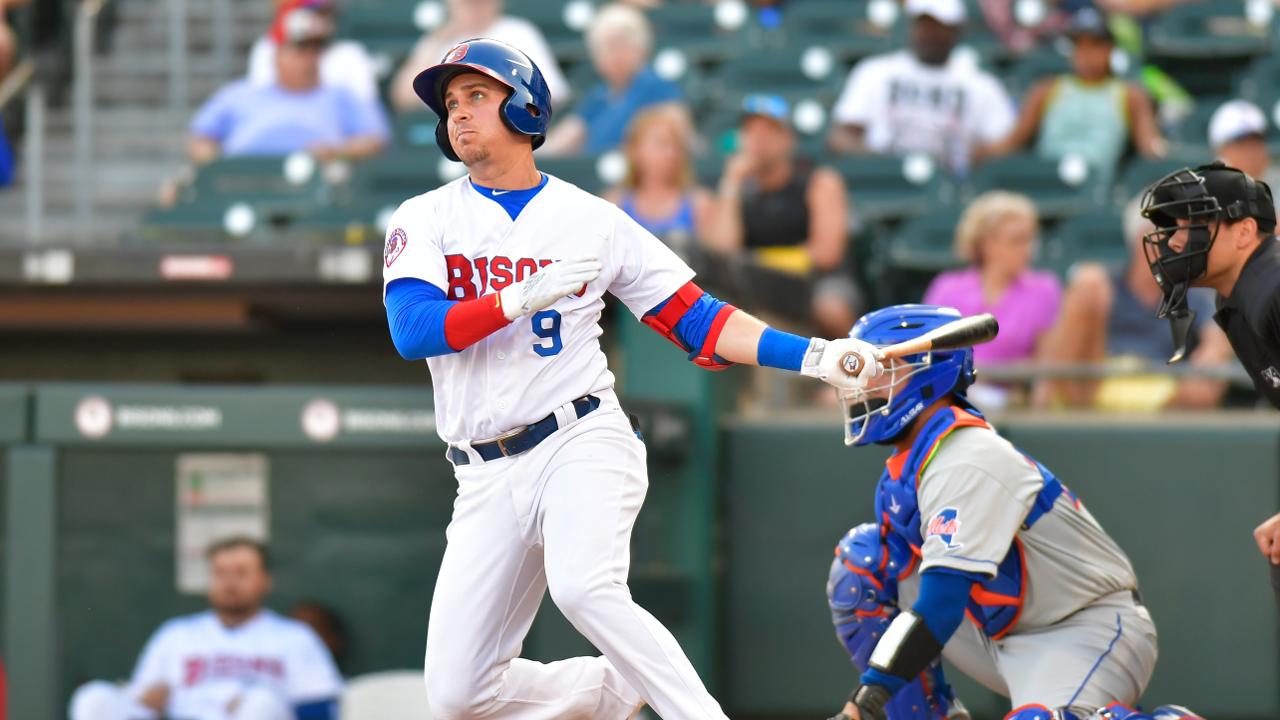 After going 2-4 on their last road trip, the Bisons were happy to be back home and showed it very quickly.

Buffalo didn't waste any time beginning their offensive onslaught, getting the party started right away in the first. Anthony Alford opened with the game with a single and came all they way around score on walks from Urena, Jonathan Davis and Jordan Patterson. Burns then cleared the bases, driving an 0-2 hanging slider the opposite way and into the Bully Hill Party Deck in right.

The grand slam was the second of the season for the Bisons, who now have 133 total roundtrippers. The Herd's first slam came off the bat of recently-promoted Billy McKinney, who went yard off Daniel Camarena on June 4 against Scranton/Wilkes-Barre at Sahlen Field.

While Buffalo sent eight batters to the plate in the opening frame, they sent just six in the second inning. The Bisons were able to extend their lead to 8-0 in two very big ways though. After Alford reached base on a one-out error, Brito unloaded on a no-doubter over the Bully Hill Party Deck for a two-run shot.

The home run derby-like shots weren't finished just yet as Urena went back-to-back with Brito with a bomb to the left of the party deck.

The Bisons kept up the attach in the third as Michael De La Cruz hit a one-out double after a Burns walk to put runners in scoring position for Santiago Espinal. Espinal was able to extend the lead to 9-0 with an RBI groundout to Willi Castro.

Later in the seventh inning, Patterson got into the derby action with a two-run bomb of his own to center that left the ballpark. The longball was the fourth of the game, the sixth time this season Buffalo has hit at least four in a contest.

Not to be overlooked by the offense, Conor Fisk was once again dominant against the Mud Hens. Fisk fanned seven batters in six innings, yielding just two runs, one earned, on three hits and two walks. The righty also tossed four perfect innings and allowed his first of three hits with two outs in the fifth, when Kozma hit an RBI double to plate Schwindel.

Fisk has now also made back-to-back starts against Toledo and holds a 1.64 ERA in that span. In 11.0 innings, he has yielded just three runs, two earned, on six hits and four walks while striking out 17. The right-hander has also posted a 2.45 ERA over his last four starts in 22.0 innings (six earned runs), allowing just five base on balls compared to 24 punchouts.

IL NORTH STANDINGS UPDATE: While Buffalo held Toledo to just three runs, Scranton/Wilkes-Barre dropped their game against the Charlotte Knights in large fashion. This now puts the Herd just four games behind the RailRiders for the top spot in the division.