PawSox homer their way past Bisons, 4-2 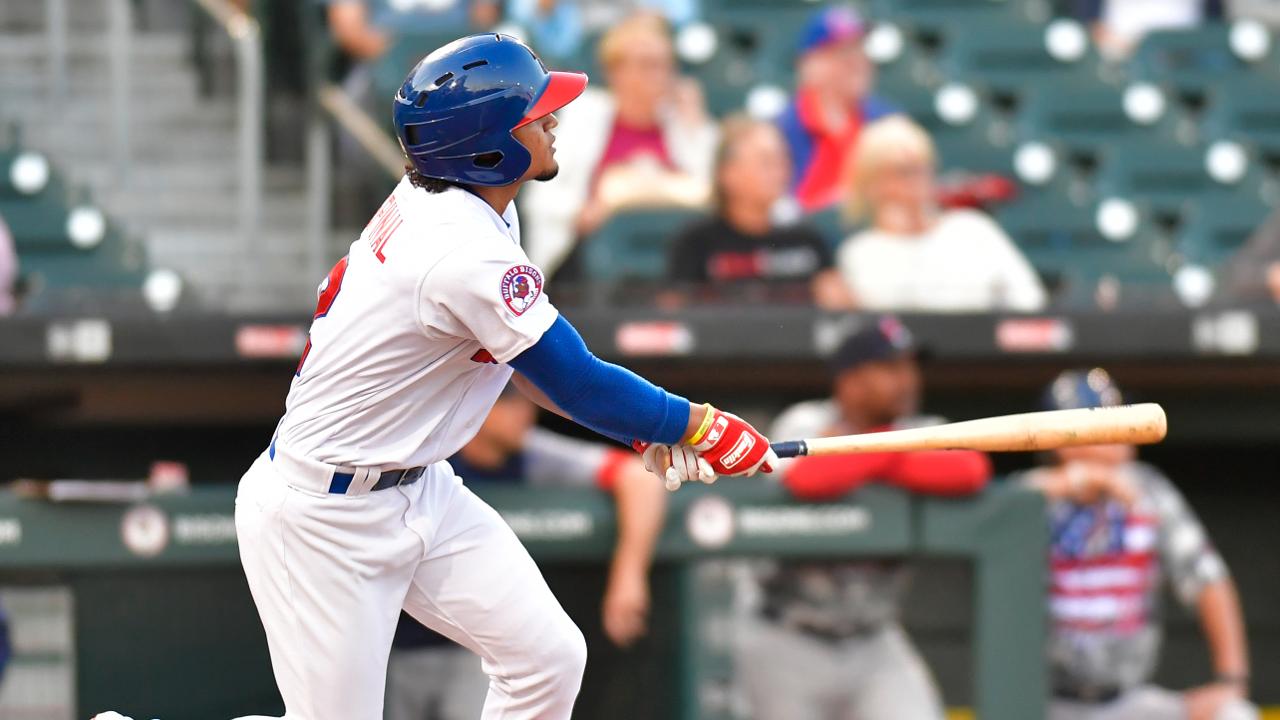 Santiago Espinal watches his RBI-double drop in the left-field corner of Sahlen Field.

Tzu-Win Lin, Cole Sturgeon and Rusney Castillo all hit solo home runs as the PawSox came into Buffalo Friday night and dealt the Bisons a 4-2 defeat in front of 13,724 at Sahlen Field. The loss, coupled with Scranton/Wilkes-Barre's blowout win in Lehigh Valley, drops the Herd to four back in the IL North division with 10 to play.

All three of Pawtucket's home runs on the night gave them leads over the Bisons. Lin started the scoring when his solo shot down the right field line snapped a string of three consecutive strikeouts by Buffalo starter, Conor Fisk.

Then, with the game tied at one in the fifth, Sturgeon pulled a 1-2 offering from Fisk over the wall in right-center for his sixth of the season.

The Bisons responded in their half of the fifth when Jonathan Davis singled home Santiago Espinal with a two-out single. But once again, the PawSox used the longball to get back on the board. Castillo hit his team-best 17th home run with a straight away shot to deep centerfield that put Pawtucket up for the final time.

Buffalo's offense just couldn't get going against PawSox starter Teddy Stankiewicz and three relievers. The Herd had multiple hits in just one inning and were held without a knock over the final three frames of the game.

Espinal got the Bisons on the board when his two-out double into the left field corner scored Beau Taylor. The young shortstop then reached base on an infield single in the fifth and scored on Davis's single.

The game was dominated by the pitchers as the teams combined to strike out 25 times. In his defeat, Fisk struck out eight and walked just one.

Ryan Tepera threw an impressive inning of relief in his rehab appearance from the Blue Jays. The righty tossed 10 of his 12 pitches for strikes and induced a pop up and two comebackers.

The Bisons and PawSox are back at it Saturday night for the final Labatturday Night at the ballpark. T.J. Zeuch starts for the Bisons in his first appearance since Monday's no-hitter. The game will also feature an appearance by traveling mascot, BirdZerk! GET MY TICKETS