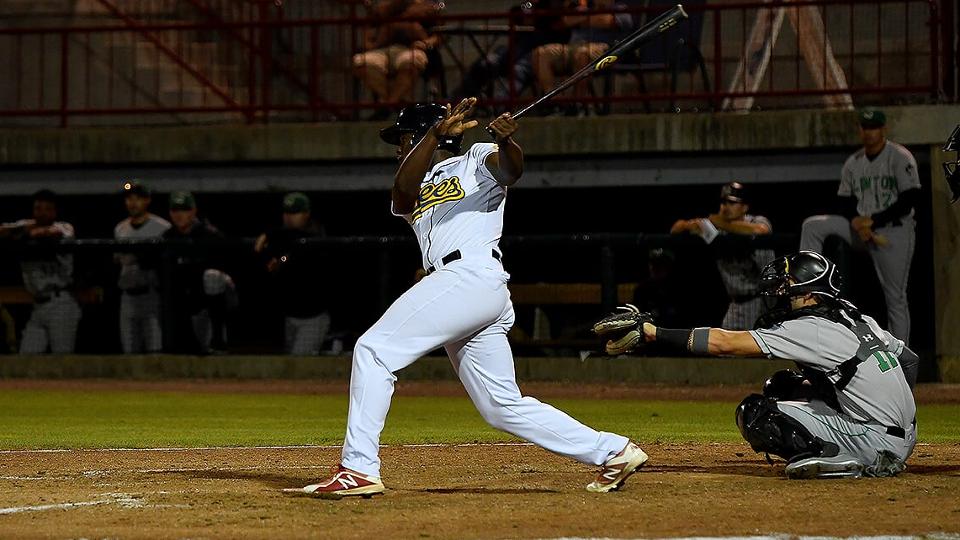 Bees designated hitter Johan Sala went 1-for-3 at the plate with two RBI in the 6-3 Burlington loss to Clinton.

Clinton starter Jakes Walters went seven full innings. He allowed no runs and no hits. He walked one and struck out nine with 92 pitches, 61 for strikes.

The Lumber Kings took a 2-0 lead in the top of the third on a walk and two singles. While the runs were earned, they were aided by three Bees errors.

Down 4-0 in the bottom of the eighth, Francisco Del Valle greeted Clinton reliever Peyton Culbertson by driving a ball deep into the left field gap for a double. One out later, Alvaro Rubalcaba walked. Rayneldy Rosario then hit a spinning grounder to behind the bag at second for a single to load the bases. Johan Sala, with his first hit since joining the team earlier this week, drove in two runs. After a pitching change, Rosario was plated by a Livan Soto ground out. Clinton up 4-3.

Bees' reliever Greg Veliz gave up two runs in the ninth, one earned, and that closed out the scoring.

The win gave the LumberKings a sweep of the series, as they head toward the playoffs. Burlington gets no relief in their final series as they travel to second place Kane County for the final three games.