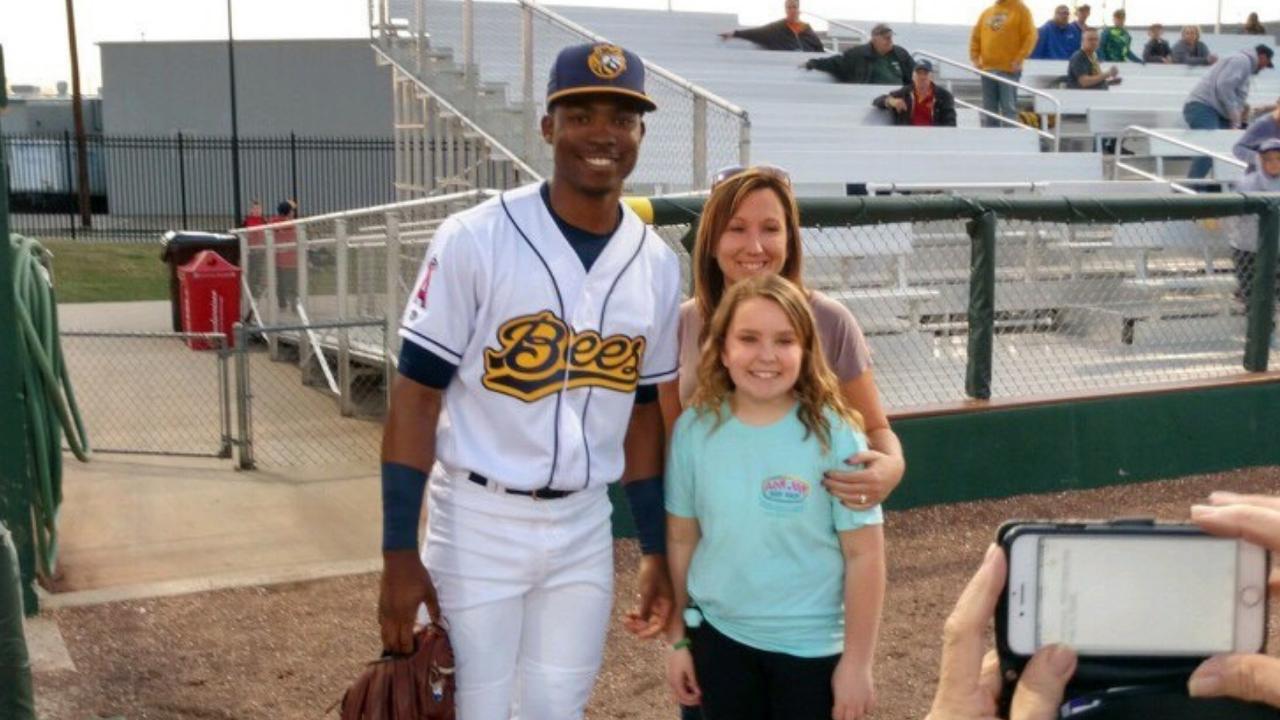 Right fielder Spencer Griffin's two out, solo home run in the first inning of tonight's Bees game proved fortuitous for a baseball fan. Kendra Huff, of Danville, Iowa entered the Catfish Bend Home Run Contest, in which a fan whose name is drawn is eligible to win $10,000 if a Bees player hits a ball through a 48 inch hole in the Catfish Bend Casino sign in left field. That is where Griffin's shot landed. Just like that Kendra had a little cash to play with. What was her reaction? "Thank you Spencer Griffin for hitting a home run." Well, of course.

Huff was in the Bees' Hall of Fame suite with friends, who had purchased the enclosed box at a local school fundraiser. when she was summoned to meet the club's general Manager Kim Parker. "It's very exciting for the Bees, Parker said. She said this is the third year of the contest, and the first winner.

The prize winner said the game was one of four or five the Huffs come to at Community Field each season. This one was worthwhile.