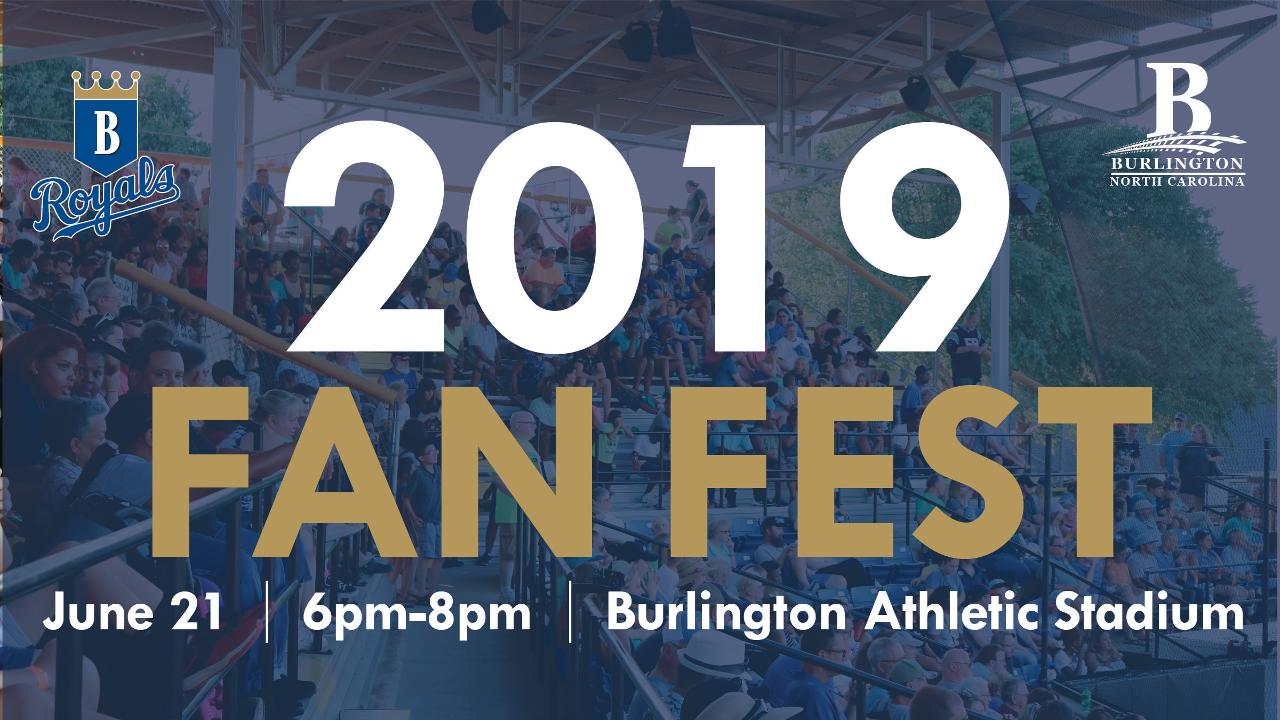 BURLINGTON, NC - On Friday, June 21, the Burlington Royals and the City of Burlington will celebrate the newly renovated and expanded Burlington Athletic Stadium with the first ever Fan Fest, a night of fun for the whole family. During this past offseason, the City of Burlington invested $1.2 million to upgrade the 60 year old, 3200-seat Stadium with a new, four-window ticket office, new restrooms, new team offices, a new team store, and a beautiful, new entryway and concourse. The stands also received a fresh paint job and a series of decorative awnings. The parking lot has been repaved and pedestrian access from parking to the stadium has been greatly improved.

"The Burlington Athletic Stadium improvements are a social and economic investment in our community," said Burlington City Manager, Hardin Watkins. "Not only do the Royals draw visitors to the stadium, but the games facilitate connections in our community, weaving our social fabric tighter. The stadium is an important piece of Burlington's history and the City's continued investment in the facility ensures that it remains a centerpiece of our future."

In the spirit of the City's investment in a new and improved Burlington Athletic Stadium, The Royals have upped their concession game with a new food truck named after the team mascot, Bingo's Diamond Diner.

"We realized that if the City was going to put this much money into the facility, then we needed to up what we could as well," said Royals' General Manager, Mikie Morrison. In addition to debuting new items including Dippin' Dots ice cream, old favorites like french fries, burgers, and bratwurst have been sourced to be even tastier than before. "The Royals saw an improvement needed to be made to the concession area," said Morrison. "Bingo's Diamond Diner fills that need as well as gives us an opportunity to market the team in unique ways by taking the Royals branded food truck to events around Burlington and Alamance County."

Fan Fest is a chance for the Royals and the City to showcase the new and improved facilities to the folks that care most about the Burlington Athletic Stadium, the fans. Take a behind-the-scenes tour of the improved facilities. Score some swag with special deals at the new team store. Then go all in with the on-field experience. Kids softball and baseball teams will get the chance to run bases and get a feel for the 90ft sprints minor leaguers make. Kids of all ages will get a chance to step up to the plate for some batting practice to see who's got the goods to hit it out of the park. For those interested in participating in the on-field batting practice, you are strongly encouraged to register online at burlingtonroyals.com. From there you'll be able to register and print out a waiver. The waiver will need to be signed and brought to Fan Fest in order to participate in the on-field batting practice. Registration and ability to take batting practice will be on a first come first serve basis. THE BATTING PRACTICE REGISTRATION FORM CAN BE FOUND HERE.

Media tours of the upgraded facilities will be offered beginning at 5:30pm. Please meet at the brand new team store located off the concourse.