A late push from Princeton was just enough to put the team over the top. 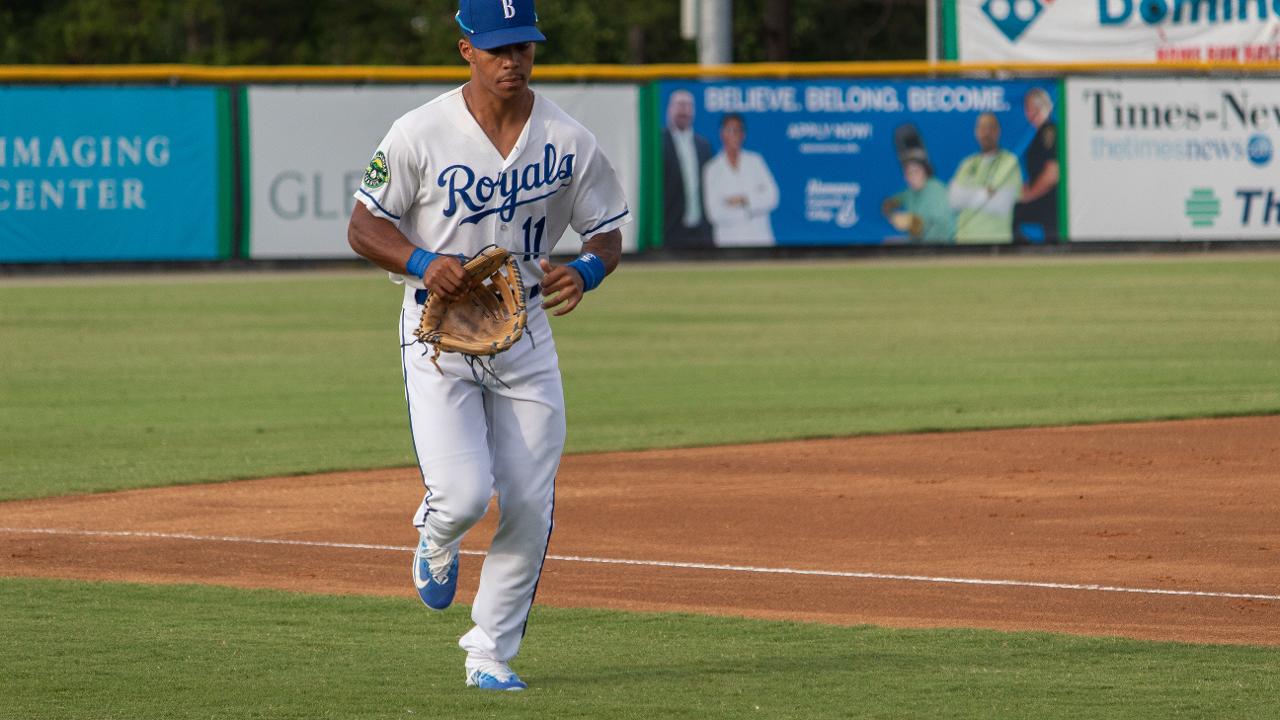 Burlington, N.C. - It looked for a long time like Burlington was finally about to snap its six-game losing streak. However, a late offensive rally helped the Rays edge past the Royals 6-5 on Tuesday night.

With two outs in the bottom of the first, William Hancock put Burlington on top 2-0 with a two-run single. In the next four innings, the Royals offense caught fire. Jake Means walked with the bases loaded in the second, Rafael hit an RBI single in the fourth and Maikel Garcia hit an RBI single in the fifth to put Burlington up 5-0 through five innings.

With two outs in the top of the sixth, Luis Leon roped a two-run single to make it a 5-2 game. After a scoreless seventh, the eighth saw the deficit cut to 5-4 after Diego Infante hit an RBI single and Brett Wisely crosed home on a wild pitch. Then, with one out and runners on second and third in the top of the ninth, Nick Schnell made himself the hero for Princeton with a two-run single to give the Rays a 6-5 lead.

Burlington put a runner on second base with one out in the bottom of the ninth, but back-to-back strikeouts ended the hope of a comeback.

Mitchell Walters earned the win for the Rays with three innings of scoreless relief in which he only let one runner on base and didn't surrender any hits. Alex Smith, a reliever for the Royals, got pegged with both the loss and a blown save.

Burlington gets one more hack at Princeton on Wednesday, with first pitch set for 6:30.

Single-game tickets are on sale now. Call 336-222-0223 or visit www.burlingtonroyals.com for more information.