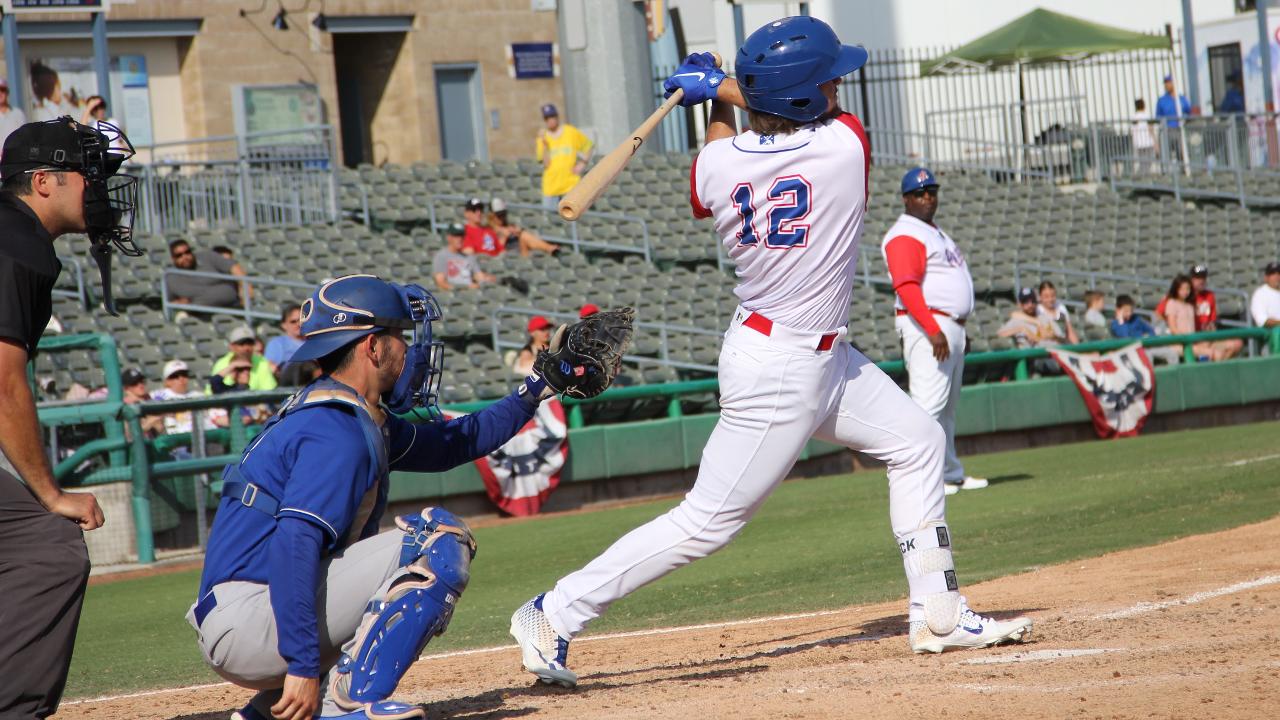 Austin Beck has collected eight hits in his last 14 at-bats in the California League. (Stockton Ports)

Oakland's No. 5 prospect fell a homer shy of the cycle with three runs scored, two RBIs and two walks in Class A Advanced Stockton's 11-5 win over Modesto on Monday night.

It was Beck's second consecutive three-hit game, raising his average from .212 to .241. His three hits matched a season high and his two walks were a season best for the 20-year-old. Beck wasn't happy with the start he got off to this season, in particular that he was striking out too much and not getting on base enough. He and the coaching staff noted a problem with his swing before Friday's series opener at Inland Empire.

"I found my swing being too long, eyes got too big on some pitches," Beck said. "I wasn't really short and compact to the baseball, which is what I should be doing."

So Stockton hitting coach Brian McArn got him working off the tee machine to shorten his swing.

"We went straight to the cage and fixed it," Beck said. Since then, the sixth overall pick in the 2017 Draft has gone 8-for-14 at the plate.

Beck noticed things really starting to click Sunday against the 66ers when he hit a ball up the middle off a pitcher's foot.

"That felt really good and felt back to normal," he said. "I kind of stuck with that approach and that swing and it's been helping me."

Getting assistance from people like McArn in the Oakland organizations feels like an important part of the process to him.

"It helps that a lot of people know my swing as good as I do," Beck said, "so they could easily spot something if I don't feel something right away."

On Monday, the center fielder began his night at the plate with a triple to left field in the second inning on a 1-2 pitch by Seattle's No. 30 prospect Ljay Newsome, scoring A's 24th-ranked prospect Alfonso Rivas. The next inning, he connected on another 1-2 pitch by the right-hander for a double to right that again plated Rivas. After a walk in the fourth, Beck smacked a single to left off righty J.T. Salter.

Modesto brought in catcher Nick Thurman to pitch the eighth, and the North Carolina native didn't deny that he was looking for a long ball to complete the cycle.

But Thurman didn't give Beck much to hit and walked him on five pitches.

Rivas and A's No. 7 prospect Jameson Hannah both went 2-for-5 with two runs scored for the Ports. The 11 runs matched a season high for Stockton, set on April 29 against Visalia.