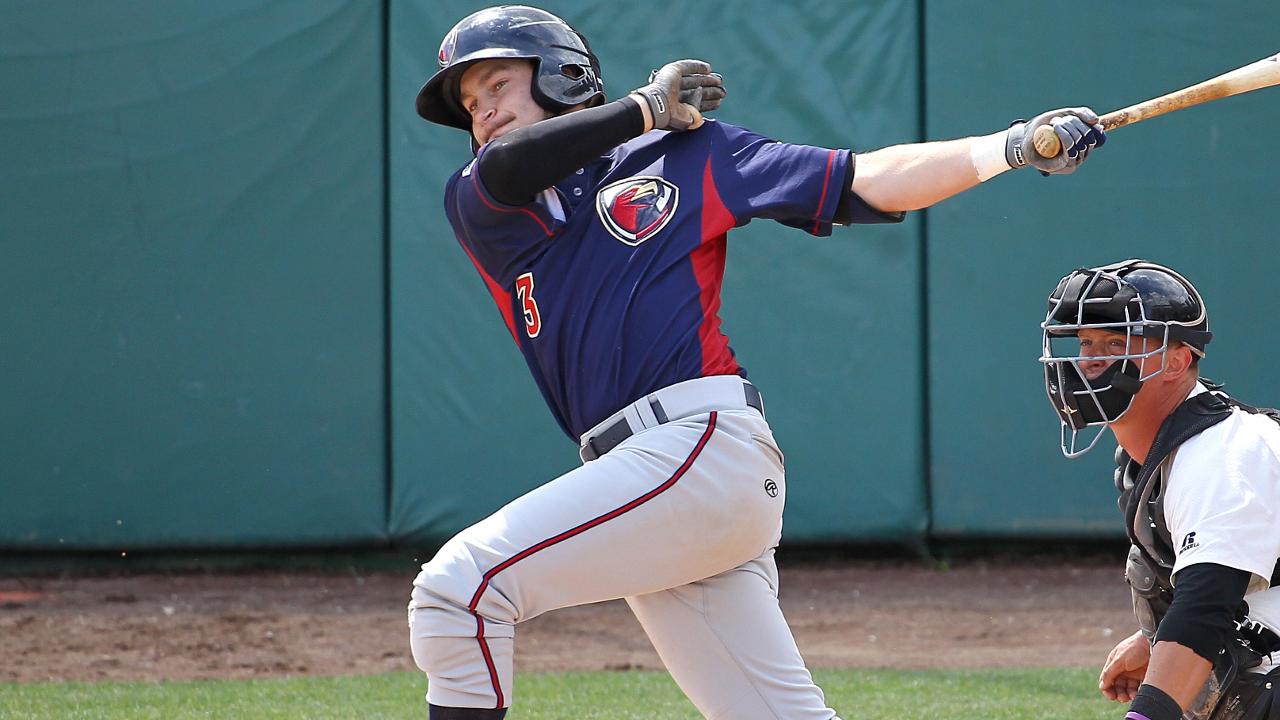 Batting in front of one of the best hitters in the Minors is no simple task. On Sunday, Garrett Hampson made it look easy for Class A Advanced Lancaster.

The Rockies' No. 16 prospect notched his first professional four-hit game and scored three times in the JetHawks' 7-6 walk-off victory over the Inland Empire 66ers at The Hanger. The 22-year-old collected four singles and two walks, reaching base six times for the first time in his career.

The performance marked the third consecutive multi-hit game for the 2016 third-round pick and 19th over 47 games in his first full season. He sports a .318 batting average with 62 hits and 46 runs, tied for third-best in the Minors with Hagerstown's Blake Perkins.

"I think it's just getting the right pitches to hit, getting in good hitters' counts," Hampson said. "Not letting hanging sliders go by and getting down in the count or not missing the fastball when it's there. So I think this is a matter of getting good pitches and being on time with them."

Beginning with Hampson, the JetHawks boast six players in their starting lineup hitting over .300, including Brendan Rodgers.

MLB.com's 11th-ranked overall prospect is batting .389 -- the second-highest average in the Minors behind Ketel Marte of Triple-A Reno. He follows Hampson in the order and reached base five times Sunday.

"It's pretty nice to have someone that talented hit behind you," Hampson said. "You're going to see more pitches. I think with this lineup in general, everybody can say the same thing. We're pretty fortunate, it's really fun to be in this lineup."

"That's the main goal as a leadoff hitter is to get on base," Hampson said. "You got guys behind you who -- especially this year with our team -- have been really able to drive the ball and drive some runs in. It feels good to contribute and get on base for those guys."

In the bottom of the ninth with runners on the corners and one out in a tie game, Inland Empire reliever Sam Holland intentionally walked Hampson to load the bases. Rodgers smoked a line drive back to Holland, who snagged it before getting Yonathan Daza to bounce out.

After the 66ers scored two in the top of the second, Hampson and Rodgers ripped one-out singles to set up Daza's game-tying triple. Wes Rogers plated the winning run with a sacrifice fly.

The triple was the only hit in four at-bats for Daza, a .335 hitter -- fifth-best on the circuit. Brian Mundell added two singles and three RBIs for Lancaster.