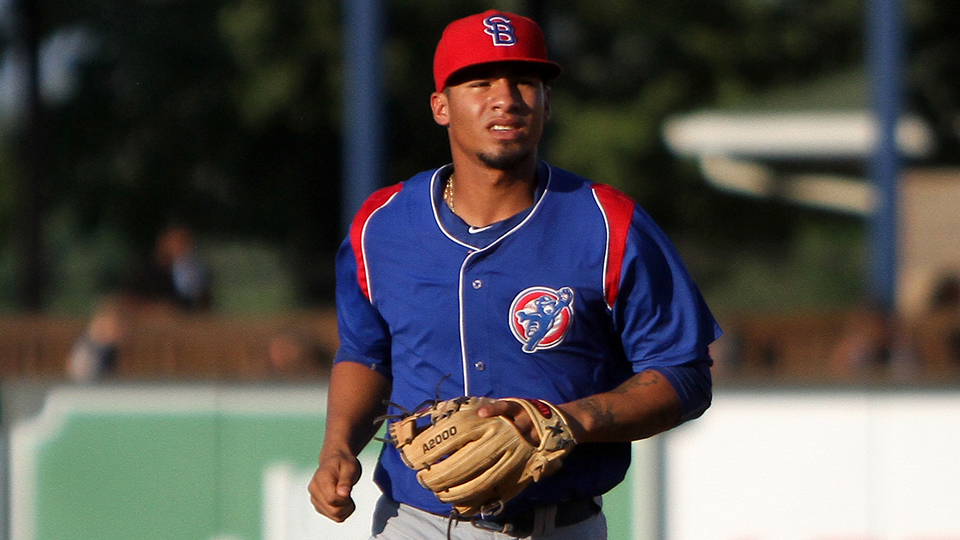 One after another, the Cubs have summoned their top prospects to the Majors this season. Now the next wave of highly ranked players is also on the move.

The Cubs have promoted top prospect Gleyber Torres from Class A South Bend to Class A Advanced Myrtle Beach, the organization announced Wednesday.

The 18-year-old shortstop made his full-season debut this summer in the Midwest League and hit the ground running, producing a .312/.381/.390 line over first-half 61 games en route to midseason All-Star honors. He's cooled off in the second half (.275/.324/.382) and struggled immensely in August, when he hit just .204, likely due to the fatigue a player the same age as most high school seniors experiences after playing 119 games. Torres did not carry his cold stretch into September, however, and went 3-for-4 with a pair of doubles Tuesday in his final game with South Bend.

Torres finished his time in the Midwest League with a .293/.353/.386 line, three homers, five triples, 24 doubles, 62 RBIs and 22 stolen bases. Because of those overall numbers, he was named to the MWL end-of-season All-Star team and was given the circuit's Prospect of the Year award.

The Venezuela native, who started the season as the youngest player in the Midwest League, was ranked No. 7 in the Cubs system at the beginning of 2015 but shot up the boards after showing he could handle full-season competition as a teenager. Following a midseason update, he's ranked as the No. 32 overall prospect and eighth among shortstops thanks to his above-average hitting and arm.

Torres will get to play in the Carolina League postseason with the Pelicans, who punched their ticket by winning the Southern Division first-half title.