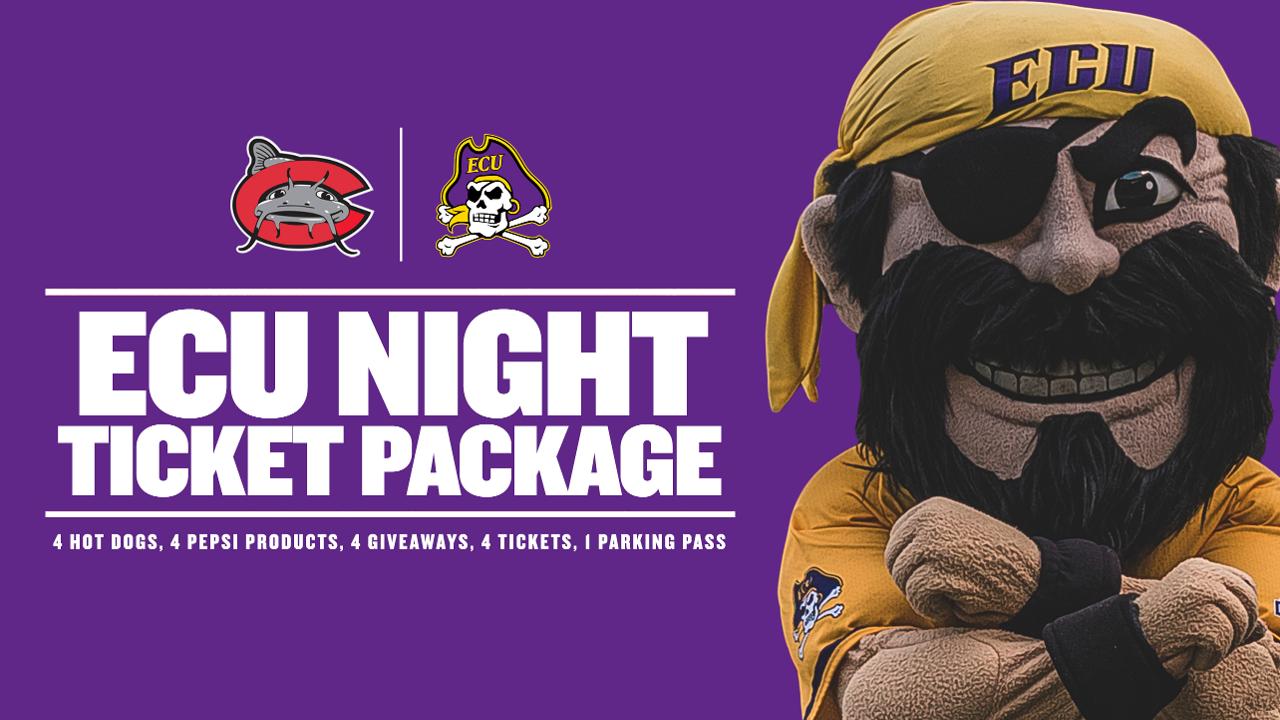 ZEBULON, N.C. - The Mudcats will once again team with East Carolina Athletics in 2020 to host ECU Night and a co-branded ECU and Mudcats souvenir hat giveaway on Thursday, May 21 at Five County Stadium in Zebulon, N.C. To celebrate, the Mudcats today announce a special ECU Night ticket package featuring souvenir hats, tickets and more available just in time for the holidays.

This package is the only way for fans to guarantee one of the limited quantity souvenir ECU and Mudcats co-branded hats set to be handed out for this season's ECU Night on Thursday, May 21 when the Mudcats play the Winston-Salem Dash at Five County Stadium. The Mudcats and East Carolina Athletics also partnered on a similar night during the 2019 season and saw tremendous success with the unique promotion.

A full calendar of in-season events, theme nights, promotions and souvenir giveaways for Carolina's upcoming 2020, 30th anniversary season will also be announced at a later date.