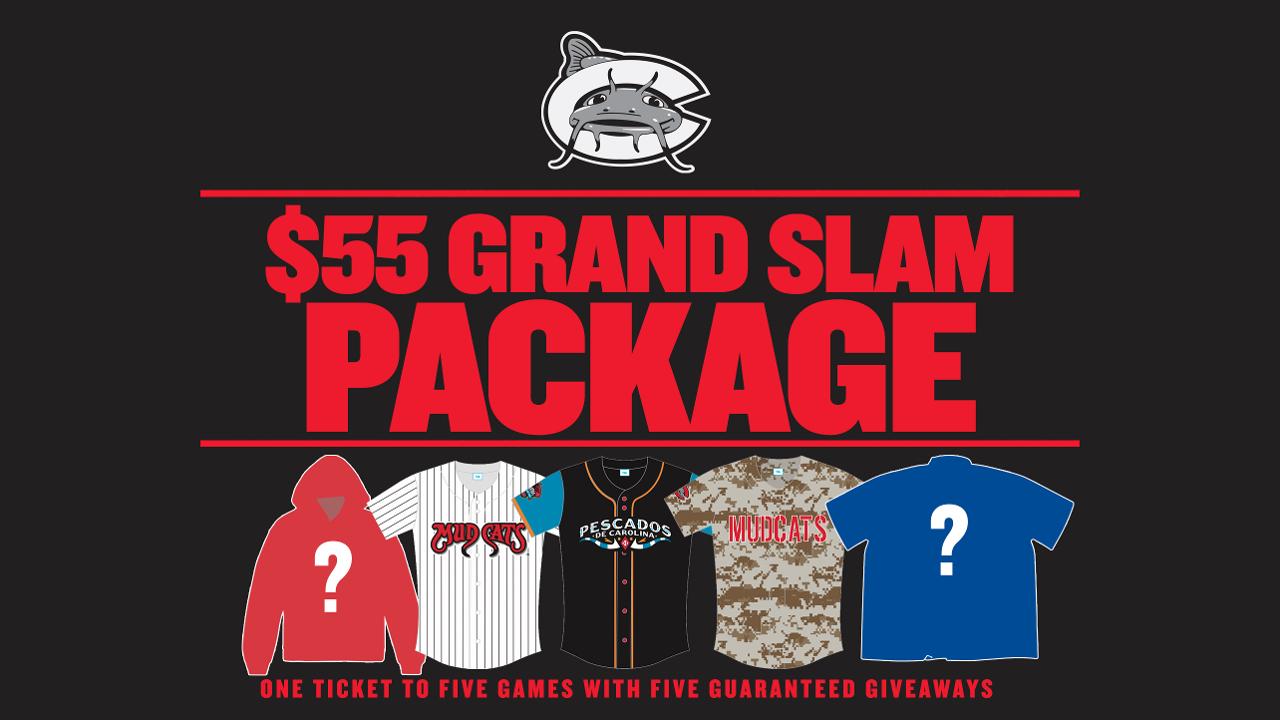 This limited quantity offer begins today and orders can be placed online at carolinamudcats.com, by calling the Mudcats at (919) 269-CATS (2287), or by visiting the team front office in Zebulon. Grand Slam ticket plan holders must be present at Five County Stadium by the end of the third inning on the respective souvenir game nights to receive their giveaway item. A full calendar of in-season events, theme nights, promotions and souvenir giveaways for the 2020 season will also be announced at a later date.

This souvenir-centric ticket plan is perfect for fans looking to stock up on several unique gift ideas while also securing tickets to five great games at Five County Stadium. The five giveaway night games featured in the Grand Slam plan include: