RiverDogs Rained Out; Doubleheader on Friday

Series, homestand to close with Friday twin bill against Hickory at Riley Park 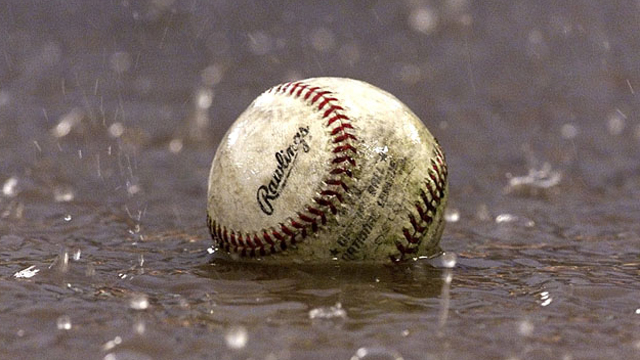 Tickets for Thursday's contest may be exchanged at the Riley Park Box Office to any remaining RiverDogs home game in 2014. Friday's twin bill includes two seven-inning games to close this three-game series and seven-game RiverDogs homestand. Video and audio coverage will start on www.riverdogs.com shortly before the 6:05pm first pitch with 1250 WTMA picking up the radio broadcast at 7pm.

COMING UP: A doubleheader is scheduled for Friday at 6:05pm. Probable pitchers for the twin bill are Charleston's LHP Caleb Smith (3-2, 0.84 ERA) and RHP Brady Lail (5-1, 3.35 ERA) versus Hickory's LHP Frank Lopez (3-1, 1.38 ERA) and RHP Cole Wiper (1-5, 4.13 ERA), respectively. It will be another ISHPI Red Shirt Friday, presented by 103.5 WEZL, with a postgame fireworks display over the scenic Ashley River. Big Brothers Big Sisters Night encourages fans to go online for "Winning with Doubles" and pledge a donation amount for every double that the RiverDogs hit through the end of May. Tickets may be purchased at the Riley Park Box Office, (843) 577-DOGS (3647) or on-line at www.riverdogs.com. If fans cannot make it to the ballpark, they are encouraged to tune in to all the action this year both home and away worldwide on www.riverdogs.com and locally on 1250 WTMA, the new radio home for RiverDogs baseball.