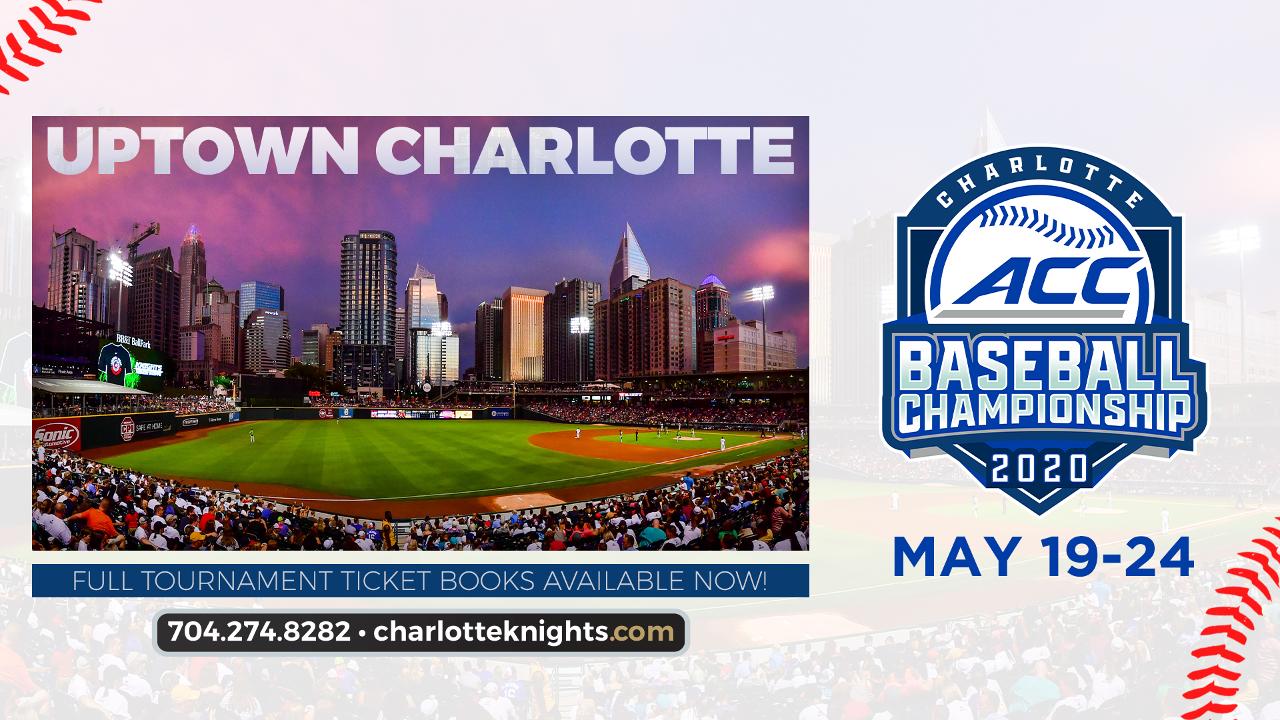 Ticket books for the full tournament are available for $225 on the club level and $170 for field box seats, which includes tickets to all 15 tournament games, including the championship on Sunday.

The sale of single-session tickets will coincide with the beginning of the sale of Charlotte Knights single-game tickets in February.

The 2020 ACC Baseball Championship, hosted in Charlotte region for the first time since 2001, will again feature 12 teams in a pool play format leading into a four-team, single-elimination bracket to determine the league champion.

The ACC Baseball Championship annually features many of the nation's top teams and best players. The ACC has had at least six teams earn bids to the NCAA Championship in each of the last 16 years and has had at least one team in the College World Series for 14 consecutive seasons. Last June, 69 ACC players were selected in the 2019 MLB Draft and the conference extended its streak of having at least one player selected in the opening round to 28 consecutive years.

Located in Uptown Charlotte, BB&T Ballpark opened in 2014 and is the host facility for the Charlotte Knights, a Triple-A minor league baseball team in the International League. The stadium hosted the 2016 Triple-A All-Star Game and has been the site of several college baseball games. Stadium capacity is 10,200 and has hosted more than three million fans since opening.